One Week To Score by Kate Meader 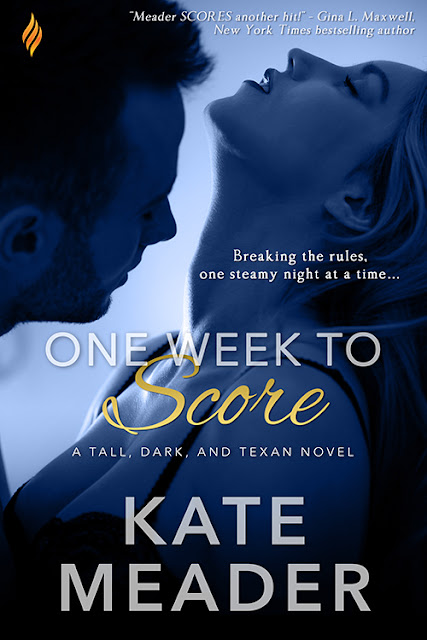 He’s the man she loves to hate . . .
Olivia Kane’s wedding day has just imploded spectacularly. Shots lined up at the bar? Bring it. Hot stranger on the hook? Come on down. What this party does not need is six feet and change of home-grown Texas cockiness in the form of her brother’s best friend, the man who broke her heart seven years ago. She’s the woman he has to have . . . Flynn Cross won’t stand by while Liv finds sensual solace in the arms of a stranger, not when his own hard-for-her body is more than up for the task. For one week, he’ll make her honeymoon-for-one a sizzling party for two. Breaking the rules, one steamy night at a time . . . But the taboo they’re breaking is only the beginning . . . and Flynn’s part in Liv’s wedding debacle could bring about their end.

She frowned at Flynn, as if he hadn’t been paying attention. “I need to get laid.”
His lungs went on hiatus. He could not have heard that right. Should not have heard that right. More likely, Liv didn’t know what she was saying. She was mighty upset, in a weakened state, vulnerable. She’d downed at least three shots, though he’d seen her put away more and still walk a straight line in five-inch heels.
Stop trying to rationalize this, man. There is no scenario here that ends with you between this woman’s thighs.
Eyeballing him, she seemed to give her brain an inward mental shake, and that soft, hopeless expression turned as hard as the cherry wood bar. She leaned in, a move that displayed the tops of her ample breasts as they strained for freedom.
Come on, beauties, make that border break.
He swallowed. Hard. And then his cock got on the “hard” train and he was officially on an express to hell. Because who the hell lusts after a woman—after his best friend’s sister—when she was having the worst day of her life? A day that had Flynn’s bloody fingerprints all over it?
Though it went against every instinct raging through his veins, he kept it cool. “Can’t help you there, Livvie.”
“Don’t call me that,” she snapped. “I’m not a kid.”
“You’ll always be little Livvie to me.” Getting this back to their usual dynamic was imperative, for his sanity and the stress levels of the fabric covering his straining dick. They annoyed the hell out of each other, like any brother and sister. That’s how it had always been. Though their dynamic had also been overlaid with a confusing mix of sexual tension and something deeper he had a hard time labeling.
Liar, liar.
Now she wanted to find comfort. Not wholly unreasonable after the day she’d had.
“So you want to get laid.” Said so damn casually it had its own whistling soundtrack.
She squared her shoulders and delivered a look that should have given his dick frostbite. The little bastard merely turned harder.
“Flynn Cross, if we were the last two people on earth and the fate of the human race depended on us procreating, I would happily go to my grave knowing mankind’s blip in the universe’s history had just come to an end.”
“No guilt?”
“Not one iota.” She leaned in again, showcasing those breasts with their own gravitational pull. “I’m glad you’re here, because I want you to play my wing girl.”
“Don’t you mean wing man?”
“No, wing girl. You’ve always felt like a sister to me—an older one I despise but am obliged to talk to because, y’know, family.”

DON'T MISS THE OTHER BOOKS IN THE SIZZLING TALL, DARK, AND TEXAN SERIES 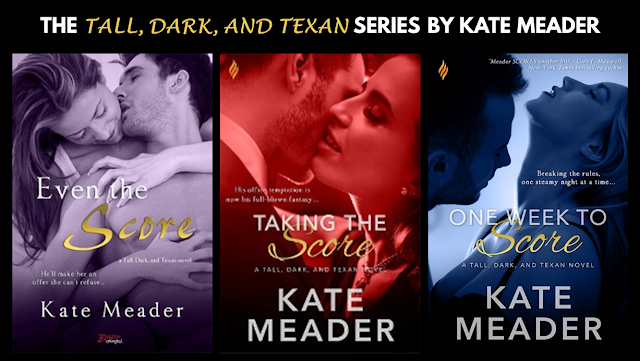 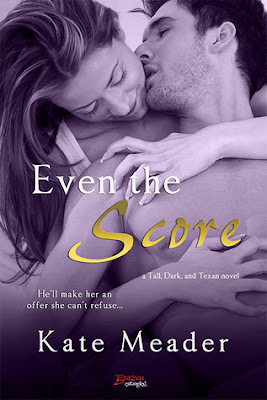 He’ll make her an offer she can’t refuse…
Actress Tess McKenzie is performing in the Tenth Circle of Showbiz Hell—dinner theater. All she really wants is to start a theater of her own. Then Tess receives an offer she can’t refuse. She’ll get her funding…if she pretends to be the fiancée to her nemesis, Texan property tycoon Hunter Dade. If she’s going to pull this off, she’ll need all the luck she can get. Break a leg, indeed. On the verge of a big business deal, Hunter needs to hire a fiancée. He hasn’t quite forgiven Tess for ruining his wedding, but when their chemistry goes from combative to straight-up lust, the “no sex” clause in their mutually beneficial arrangement is tested. Which is a serious problem, because if Tess isn’t careful, she’ll go from breaking a leg to breaking her heart… 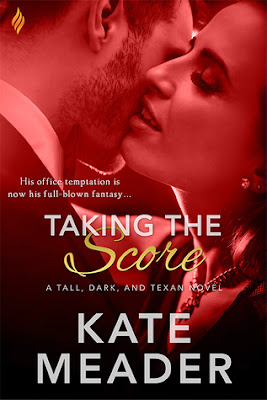 His office temptation is now his full-blown fantasy…
Paying down her sister’s debts has left Emma Strickland with little more than the thrift store suit on her back. And as if the suckfest couldn’t get worse, she’s forced to moonlight as a waitress to support herself and her cat. At a strip club. Her uptight, sexy-as-hell boss Brody Kane can never find out.Texas property tycoon Brody Kane hired Emma for her spreadsheet skills, but her prim and proper demeanor sealed the deal. There’s no room in his life for a sexy distraction … and yet, he can’t stop lusting after the delicious Ms. Strickland. And then he takes an important client to a Chicago strip club and gets the worst lap dance in adult entertainment history. From Emma. Now that he knows his office good girl has a naughty streak, Brody makes it his mission to uncover her secrets, one steamy, illicit, over-the-desk encounter at a time. But Emma is hiding more than her side job, and her final secret could end up destroying them both. 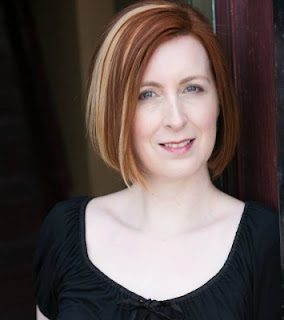 Originally from Ireland, Kate cut her romance reader teeth on Maeve Binchy and Jilly Cooper novels, with some Mills & Boon thrown in for variety. Give her tales about brooding mill owners, oversexed equestrians, and men who can rock an apron or a fire hose, and she is so there. Now based in Chicago, she writes sexy contemporary romance with alpha heroes and strong heroines who can match their men quip for quip. Book Synopsis: Olivia Kane’s wedding day has just imploded spectacularly.  What her pity party does not need is six feet and change of home-grown Texas cockiness in the form of her brother’s best friend. But Flynn Cross won’t stand by while Liv finds sensual solace in the arms of a stranger. Not when his own hard-for-her body is more than up for the task… 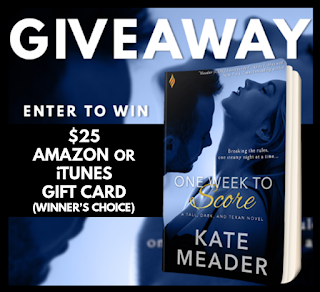