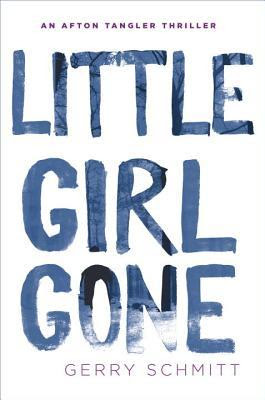 In the first Afton Tangler thriller, the unforgiving cold of a Minnesota winter hides the truth behind an even more chilling crime...

On a frozen night in an affluent neighborhood of Minneapolis, a baby is abducted from her home after her teenage babysitter is violently assaulted. The parents are frantic, the police are baffled, and, with the perpetrator already in the wind, the trail is getting colder by the second.

As family liaison officer with the Minneapolis P.D., it’s Afton Tangler’s job to deal with the emotional aftermath of terrible crimes—but she’s never faced a case quite as brutal as this. Each development is more heartbreaking than the last and the only lead is a collection of seemingly unrelated clues.

But, most disturbing of all, Afton begins to suspect that this case is not isolated.  Whoever did this has taken babies before—and if Afton doesn’t solve this crime soon, more children are sure to go missing . .

Someone has taken a 3-month baby girl from her home. Time is of the essence for detective Max Montgomery and family liaison Afton Tangler. They are part of the investigation in combination with the FBI. The parents are frantic and they want their daughter back. Of course, the husband is hiding something but he's not the only clue.

The day before the abduction, the mother had an interaction with a woman selling "reborn dolls". These dolls look almost human and they can be pricey too. Afton and Max figured out this woman is a person of interest in the investigation. Tying up all the clues takes time and dedication.

I liked Afton, she was smart, daring and determined. She was the mother of two, recently divorced and doing the best she could with her situation. She seemed to enjoy the investigation part of her job more than the liaison part. I'm not sure her behavior would have been accepted in real life. The Chief was easily persuaded into letting her help Max.

Little Girl Gone has multiple characters POVs. I believe it made the story much more realistic. I like the suspense and intrigue it carried, despite knowing who the culprits were from the very beginning. The whole idea of these reborn dolls gave me the creeps and I won't be buying one.

I'm happy this is turning into a series. I can see how much more potential Afton has in her.