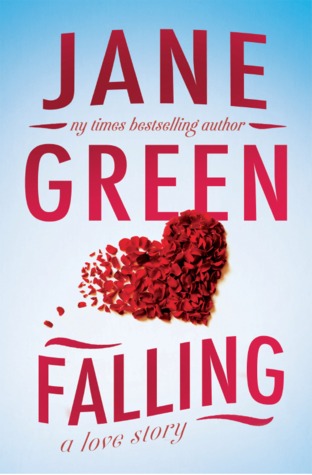 The New York Times bestselling author of The Beach House,Jemima J, and Summer Secrets presents a novel about the pleasure and meaning of finding a home—and family—where you least expect them...

When Emma Montague left the strict confines of upper-crust British life for New York, she felt sure it would make her happy. Away from her parents and expectations, she felt liberated, throwing herself into Manhattan life replete with a high-paying job, a gorgeous apartment, and a string of successful boyfriends. But the cutthroat world of finance and relentless pursuit of more began to take its toll. This wasn’t the life she wanted either.

On the move again, Emma settles in the picturesque waterfront town of Westport, Connecticut, a world apart from both England and Manhattan. It is here that she begins to confront what it is she really wants from her life. With no job, and knowing only one person in town, she channels her passion for creating beautiful spaces into remaking the dilapidated cottage she rents from Dominic, a local handyman who lives next door with his six-year-old son.

Unlike any man Emma has ever known, Dominic is confident, grounded, and committed to being present for his son whose mother fled shortly after he was born. They become friends, and slowly much more, as Emma finds herself feeling at home in a way she never has before.
But just as they start to imagine a life together as a family, fate intervenes in the most shocking of ways. For the first time, Emma has to stay and fight for what she loves, for the truth she has discovered about herself, or risk losing it all.
In a novel of changing seasons, shifting lives, and selfless love, a story unfolds—of one woman’s far-reaching journey to discover who she is truly meant to be…

I think Jane Green just broke me. I haven't felt this way after reading a book in a long time.

This story is full of heartbreak and I couldn't stop sobbing.  The end for me was bittersweet. I do believe Jane Green is a spectacular storyteller.  Her characters always feel real to me, someone you could know or would be glad to meet. Emma and Dominic were not any different.

Falling features Emma Montague. A British woman who has decided to leave her exciting NYC Manhattan lifestyle for Westport, Connecticut. She wishes to pursue a career as an interior designer, something she has an affinity for. Emma decides to rent a place instead of buying it.  To her shock, she finds her new landlord and handyman Dominic, attentive, honest and handsome.

Dominic Di Franco is a single parent. The mother of his six-year-old son Jesse left them years ago without any notice.  He has not been in a serious relationship until he meets Emma. She comes from a different world than him but he knows she's the one he wants. Getting his little boy on board with him turns out to be difficult at times.

I was fully invested in their story but wasn't expecting the twist. I was not prepared for my heart to be broken in this way. I have no way of telling you how much it affected me. I had huge empathy for Emma and her situation.

As with Summer Secrets, I wished there were more chapters in the novel. At least, this time, I got an epilogue.