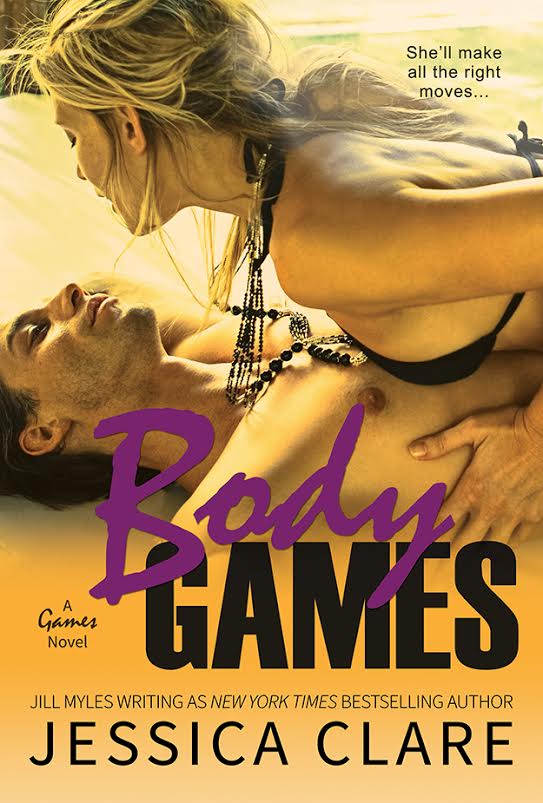 Amazon | B & N | Smashword
All Romance Reviews
Goodreads
Blurb
Annabelle Tucker is still reeling from last season’s Endurance Island, when the man she loved played her for a fool. When producers ask her back for a new season it’s the last thing she’s interested in…until she hears her ex, the gorgeous but duplicitous Kip, will be there. Revenge and a grand prize? Yes, please!

But someone’s there to throw a kink into her plans. Someone tall and cut, and with the sexiest gray eyes. Jendan Abercrombie’s on an opposing team, but it doesn’t mean that Annabelle can’t lust after him, right? She’ll just have to save all that lusting for post-show, when she’s free to follow where her loins lead.

When a tribal twist puts them both on the same team – naked – will Annabelle be able to resist his very apparent charms? Or will she have to vote Jendan out to save her game? 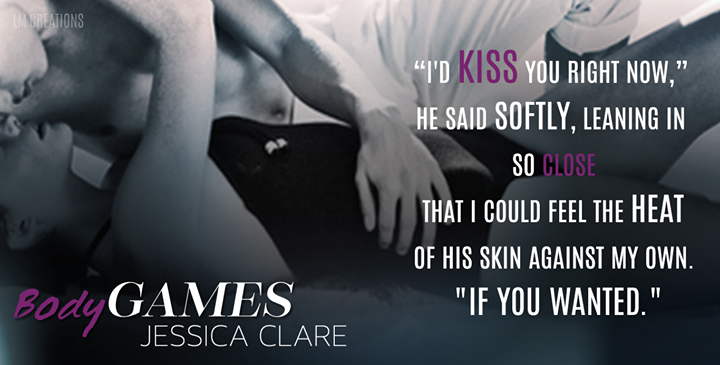 “All right, guys,” Chip’s voice interrupted my self-loathing. “As I said before, everything you’re starting the game with is in that box right here.” He gestured at the row of colorful boxes lined up at his feet, each one no taller than his knee. “You’re not even allowed the clothes on your back. At the signal, find your box with your name and change into your gear. Once you have your gear, the game starts. This is your first challenge.”
I shivered. The game was beginning already. I was ready for this, though. All weekend, I’d brushed up on my skills that I’d learned from my last round on the island. I could make a decent fire with coconut fluff if given time and supplies. I was flexible and in shape. I studied puzzles and the local flora and fauna on the flight out so I wouldn’t be unawares. I was as ready as I could be.
“When I say go, you will change into your playing gear. Once you are changed, take your box and haul it across that line on the far side of the beach.” He pointed into the distance, and I could see a row of cameramen lined up next to a finish line with tiny waving flags. It was about a hundred yards away. Not a fun sprint, but a do-able one.
“The last team to change out of their clothing and into their Endurance Island gear will not be nominated for Judgment - they will be eliminated. Today is your first day in the game…and it will be the last for two players. This is immunity, Judgment, and execution all in one swoop.”
As a one, contestants started to cast confused looks at each other. We were all thinking the same thing - we were going to have to change clothes on the beach? In front of each other? Really? What the heck was up with that? This was national television, not cable, so I knew that any boobs or balls would be pixelated out, but I wasn’t relishing the thought of getting naked in front of anyone, much less fifteen other someones…
And an entire camera crew watching, to boot.
Okay. I told myself I could do this. I studied the box, thinking. Inside, there would probably be a team shirt designation or something along those lines. Maybe a slip dress. I could probably wiggle into something without flashing my boobs to the world.
“Everyone ready?” Chip raised his hand, a gleeful look on his face. He quickly lowered it. “Go!”
There was no time to think. Everyone hauled ass forward, sand spraying as sixteen pairs of feet ran toward the row of boxes across the beach. The wind whipped strands of hair into my eyes and Kip quickly shoved ahead of me. I slowed momentarily, letting the stampeding rush of bodies swarm ahead. It wouldn’t do me any good to push ahead of Kip only to be slammed to the ground by a rogue elbow. I trotted as close behind the others as I dared, and reached the colored boxes a few steps after the others.
My hands landed on my box the moment the first gasp of shock went up.
That made me jerk upright. I looked away from my box as I pulled off the lid, staring down at the line.
A woman was holding up a pair of sneakers and waving them in the air. “This is all that’s in my box!” Others were pulling off their lids and murmuring as well. No one sounded happy. For that matter, no one sounded like they knew what to do.
Others held up their items - no one had anything but shoes.
I tossed the lid of my yellow box aside. Sure enough, there was a pair of dainty yellow and white sneakers laid neatly inside my box. That was it. I picked them up and shook them out, in case there was a clue of some kind to where the rest of my gear might be hidden.
“I don’t understand,” Kip said. “No one has anything but shoes.”
“That’s right,” Chip boomed from nearby. “For this season of Endurance Island, you’ll be playing stripped of every luxury. And that includes clothing.” 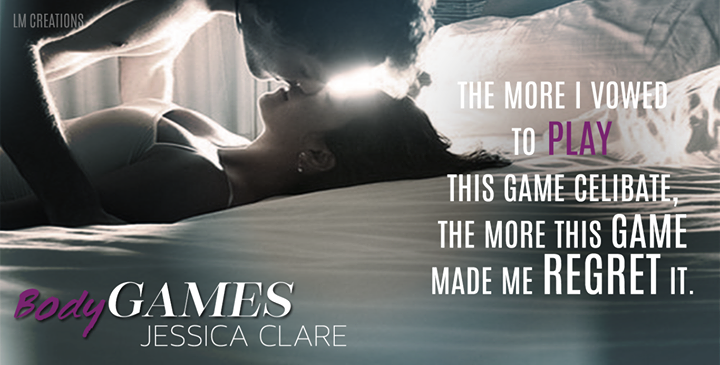 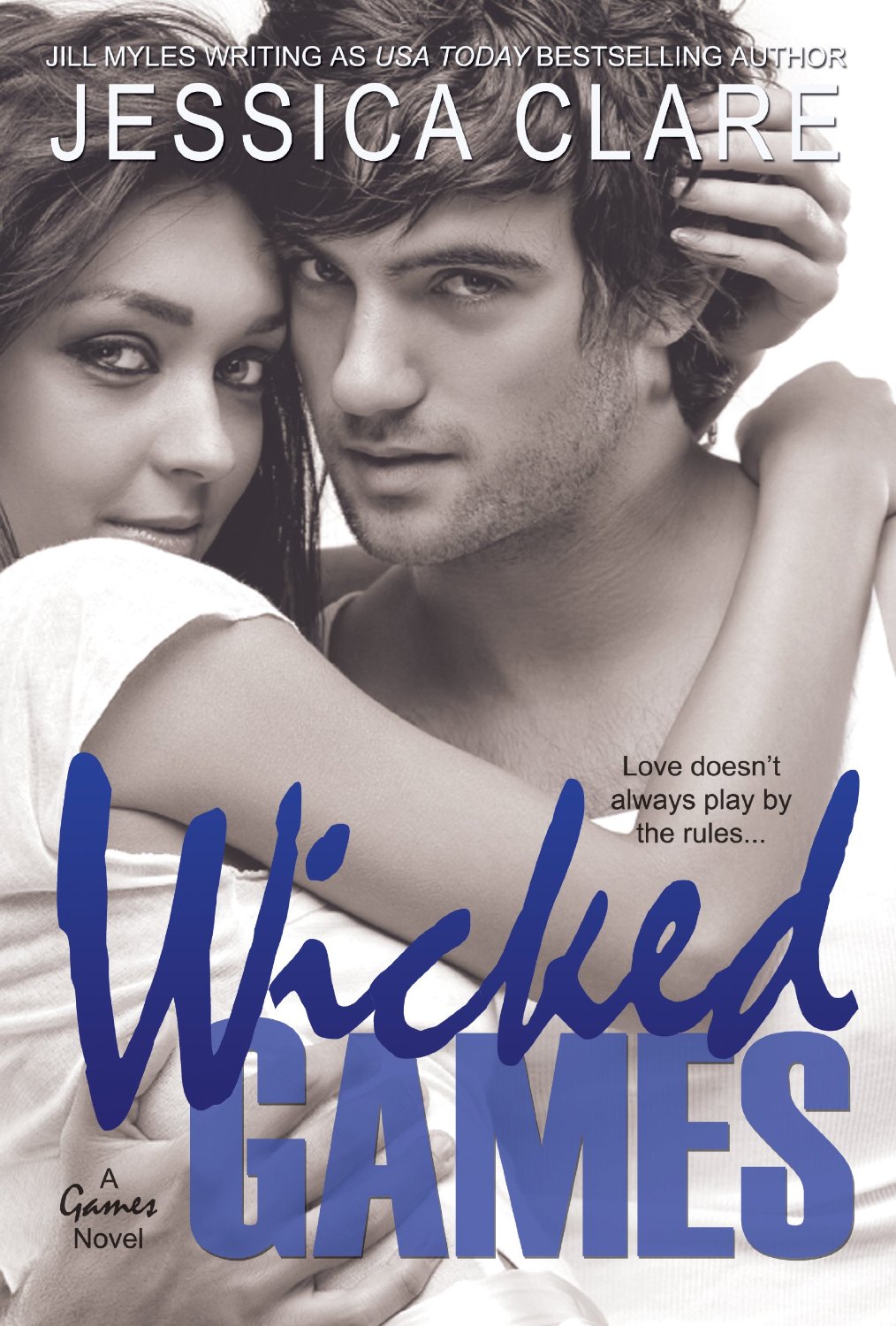 Abby Lewis never pictured herself on the survival game show, Endurance Island. She's just not the 'survival' type. But when her boss offers her a spot on the show and the opportunity of a lifetime, she packs her bags and heads to the tropics to be a contestant.

Once in the game, it's clear that Abby's in over her head. The game itself is full of competitive, aggressive people, and no one's more aggressive than sexy, delicious - and arrogant - Dean Woodall. Sure he's clever, strong, good at challenges, and has a body that makes her mouth water. He also hates Abby just as much as she hates him. That's fine with her; she'll just ignore the jerk.

But the rules of Endurance Island are working against them. Abby and Dean are teamed up - alone - on the beach. It's either work together, or go home. Stuck with no one else's company but their own, they learn they do make a good team after all.

And that with just a little bit of kindling, the flames of hate can quickly turn to flames of passion. This book features enemies, lovers, enemies who become lovers, and lots and lots of tropical heat... 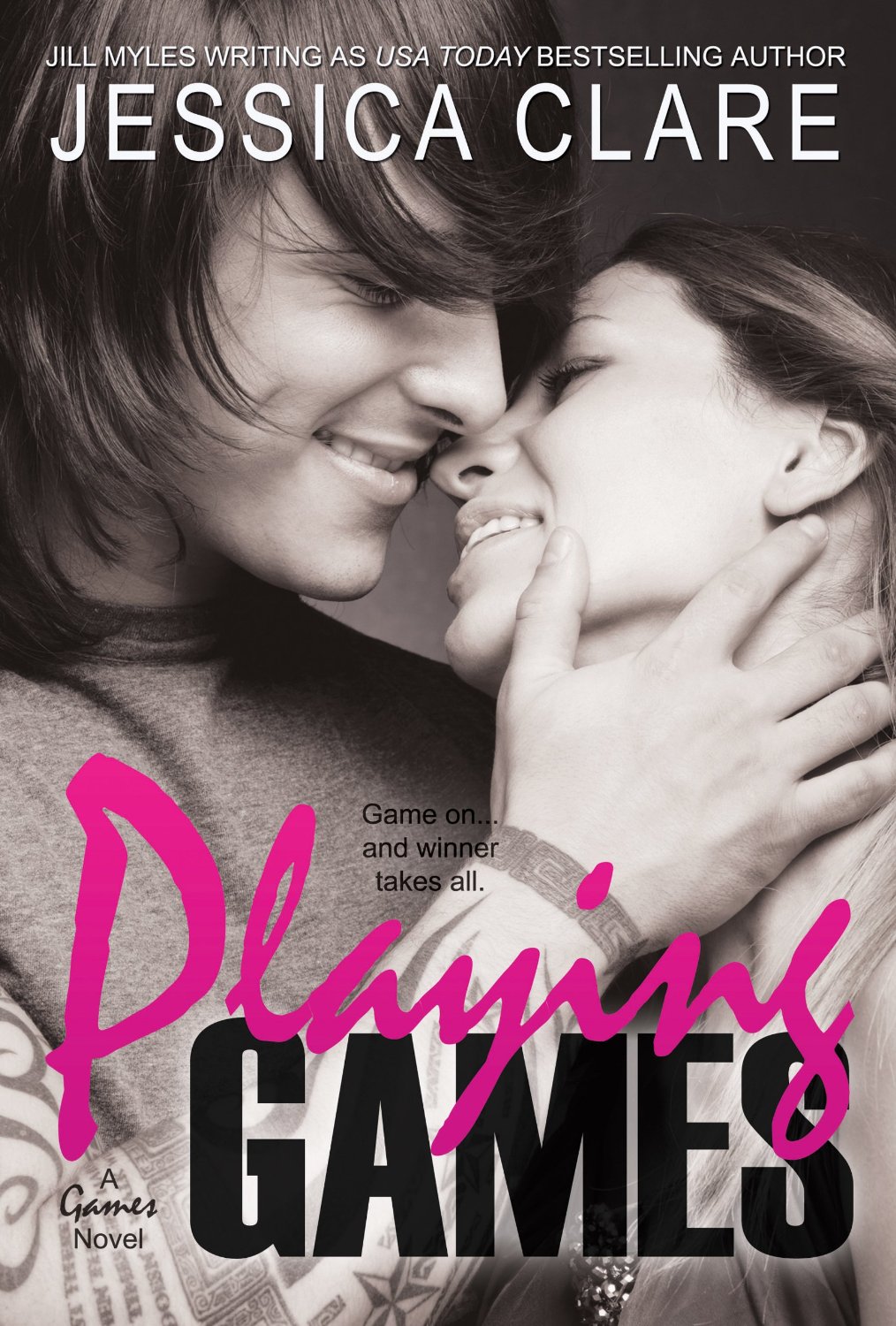 Katy Short doesn't want to be on The World Races. She’s not a social butterfly like her brother (and partner) Brodie. In fact, she’s just as happy to end up in last place as in first.

But when her brother makes a selfish move that pairs her up with silent and surly rock star Liam Brogan, everything in the race changes. Now Katy’s fighting to stay out of the Loser Lodge, just so she won’t have to suffer through all that alone time with Mr. Tall, Dark and Arrogant.

Except Liam? Kinda hot. He’s sexy, pierced… and not nearly as surly as she thought. There’s one good thing about a game with partners -- lots of one-on-one time…
Ice Games (Book Three) 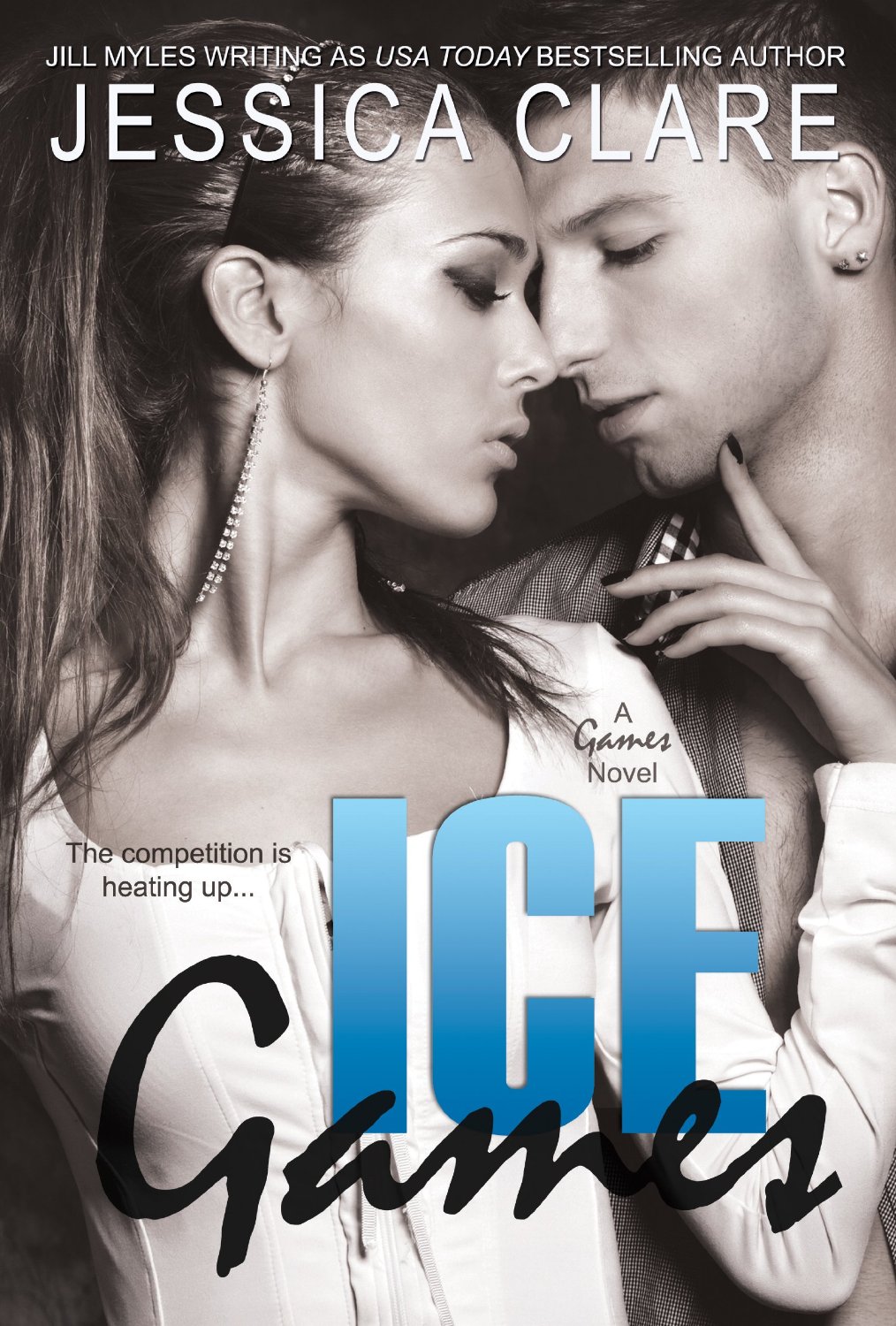 Zara Pritchard is a has-been. Once an Olympic darling, she's been reduced to skating in a dinosaur costume and giving lessons at the local mall...which is why she's excited when she's offered a chance to sub on a TV show, Ice Dancing with the Stars. If she wins the show, this could be the break she needs.

There's just one problem - her partner.

But when wash-out meets flame-out, sparks fly and tempers flare. And Ty and Zara start to realize that maybe this partnership might be just as steamy off the ice as on it... 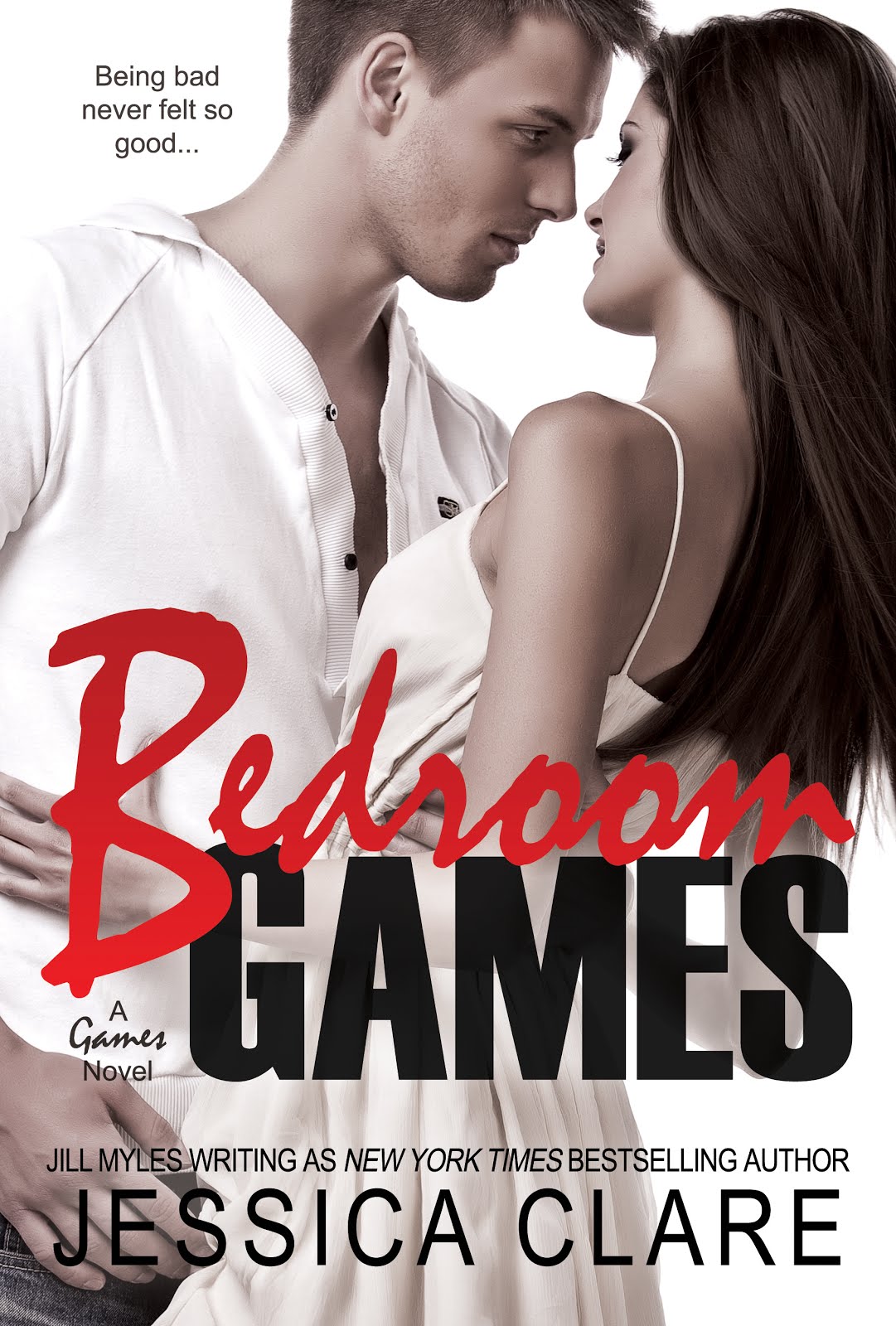 Kandis Thornton isn’t afraid to lie, scheme, and sneak her way to the grand prize money on the Reality TV show, House Guests. That prize money is the only thing keeping her mother from losing her house (and thus moving in with Kandis). She needs that money, and if she has to step on a few people to do so? She’ll do it. House Guests is a show all about outplaying your house-mates, after all, and she’s not there to make friends.

But Kandis didn’t count on the fact that someone else was going to be playing just as hard as her. And she didn’t plan on teaming up with her nemesis, or scheming their way to the top.

Nor did she plan on sleeping with him.

But these things just happen when you’re stuck in a ridiculous house with nothing but time on your hands and a hot guy sharing your bedroom…
Snow Kissed (Book 4.5) 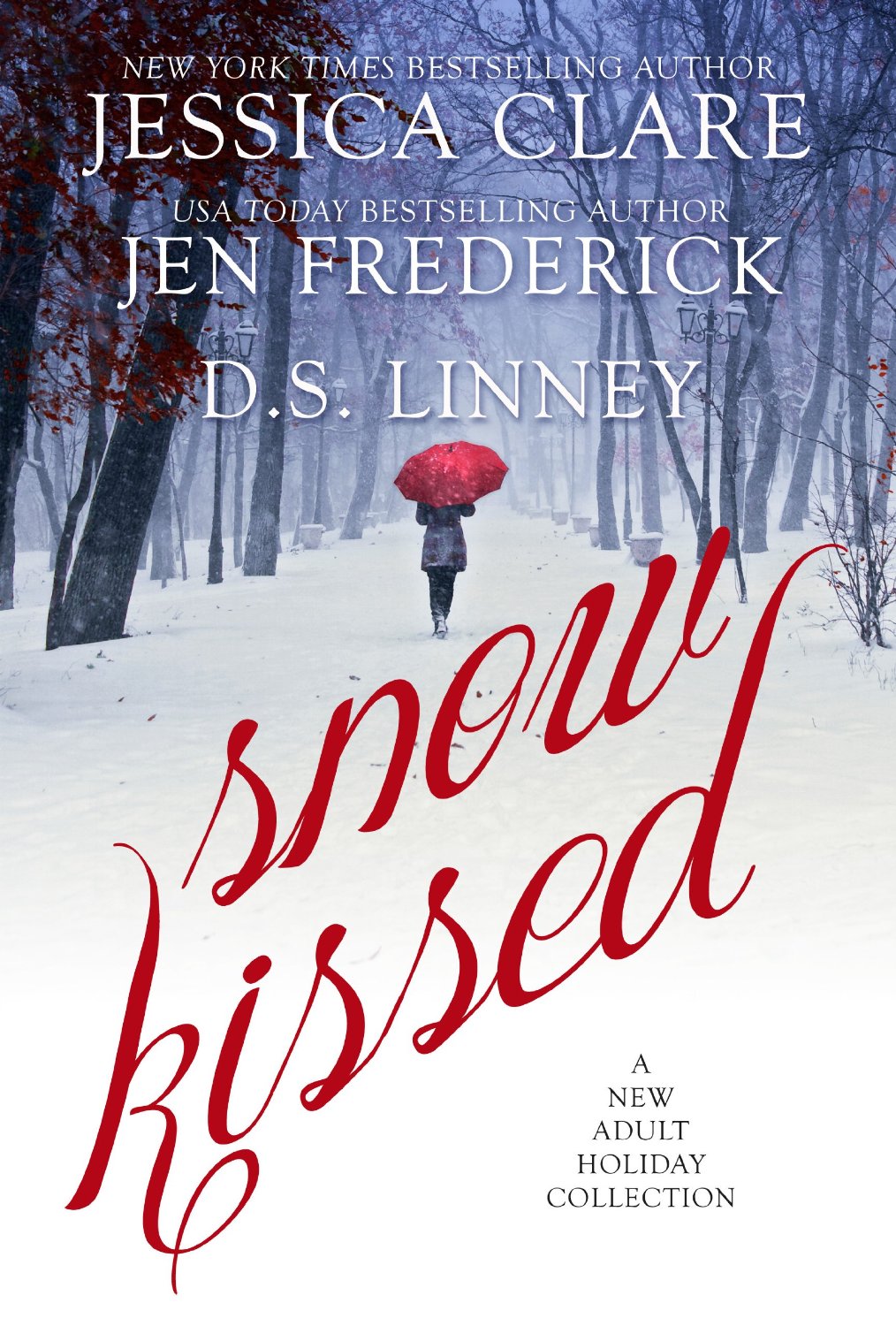 When mouthy Luna is voted off of Endurance Island: Alaska first, she's a little bitter about it. The only thing that assuages her pride is knowing that Owen(the sexy-but-douchey guy that ousted her) was out next. This means, unfortunately, that they're spending a lot of time at the Loser Lodge together. But will their fiercely competitive natures bring them together for the sexiest Christmas of all? 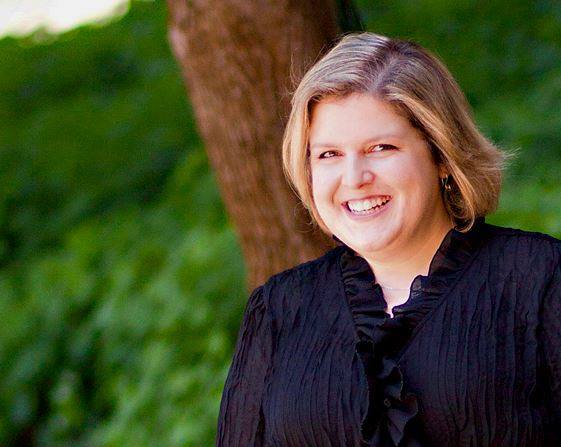 This is a pen name for Jill Myles.
Jill Myles has been an incurable romantic since childhood. She reads all the 'naughty parts' of books first, looks for a dirty joke in just about everything, and thinks to this day that the Little House on the Prairie books should have been steamier.

After devouring hundreds of paperback romances, mythology books, and archaeological tomes, she decided to write a few books of her own - stories with a wild adventure, sharp banter, and lots of super-sexy situations. She prefers her heroes alpha and half-dressed, her heroines witty, and she loves nothing more than watching them overcome adversity to fall into bed together.
Website | Facebook | Twitter | Goodreads

GIVEAWAY
$100 Gift Card
a Rafflecopter giveaway
Posted by MrsLeif at 8:00 AM