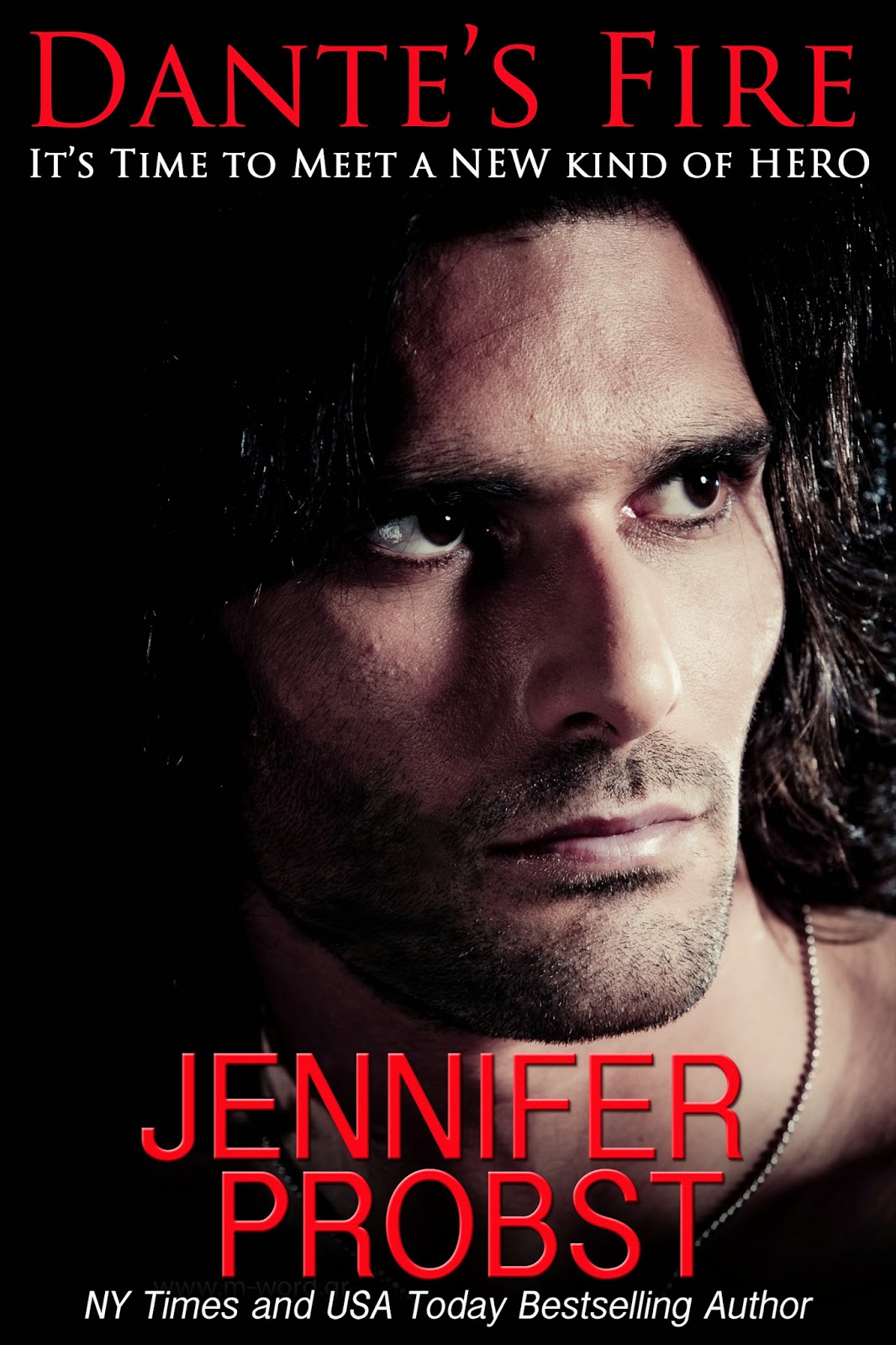 Selina Rogers has made a name for herself at Inferno Enterprises. She's tough, confident and prepared to succeed. She's also built a world she believes is safe, until she's attacked and then saved by a masked stranger. As he helps her heal physically and emotionally, she becomes fascinated by his overwhelming power and gentle touch. Determined to show Dante the love he's been denying himself, Selina surrenders her heart, and dreams of a future with the mysterious man who completes her.

But will his dark legacy destroy them...or save them both...

GOODREADS CONTEST:
Jennifer will be releasing 5 pages from Dante's Fire for adds the book gets on Goodreads before the book releases. 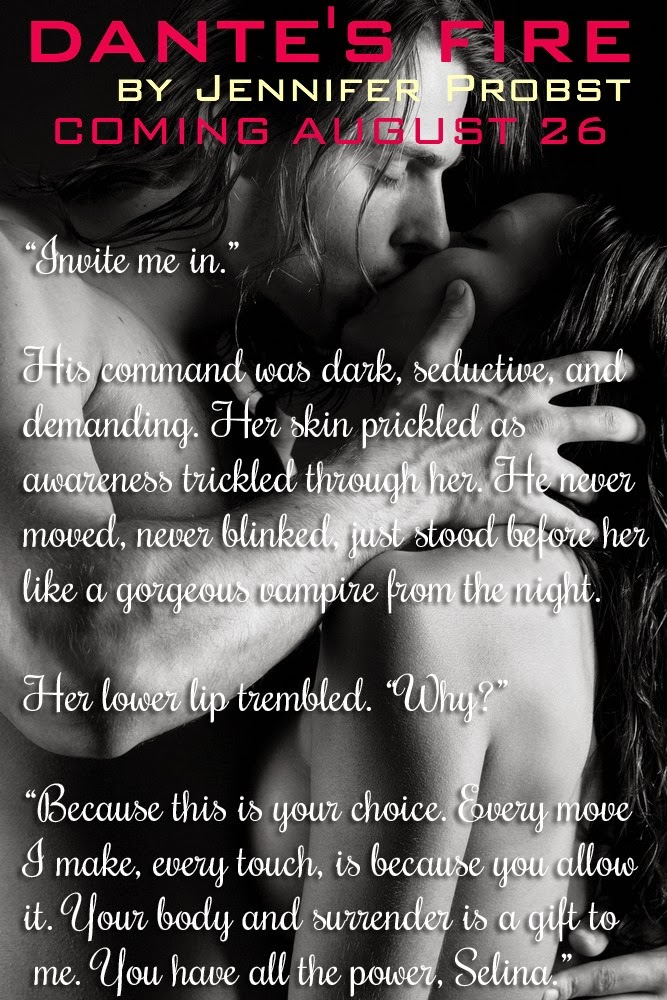 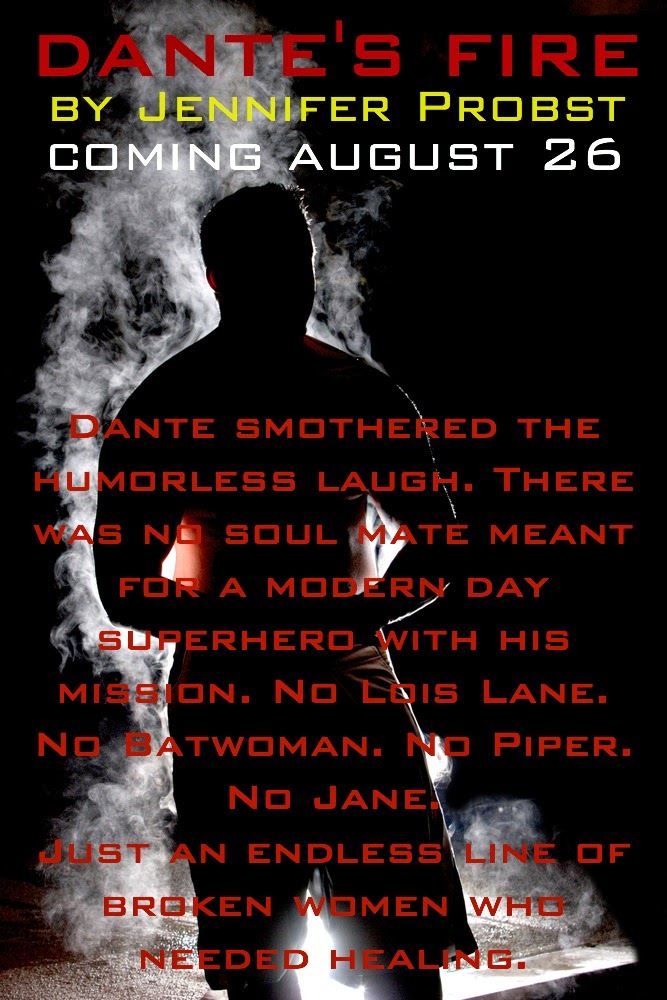 Jennifer Probst wrote her first book at twelve years old. She bound it in a folder, read it to her classmates, and hasn’t stopped writing since. She took a short hiatus to get married, get pregnant, buy a house, get pregnant again, pursue a master’s in English Literature, and rescue two shelter dogs. Now she is writing again.

Win a signed copy of any backlist title from Jennifer Probst. Winner's choice. US Only.
a Rafflecopter giveaway
Posted by MrsLeif at 8:00 AM