Blog Tour, Review and Giveaway!
Fear Me Not (The Eve Chronicles #1) by Sara Wolf 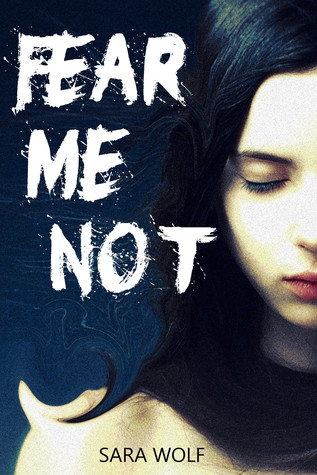 The aliens crash-landed on Earth eleven years ago. And now, sixteen-year-old Victoria Hale feeds them. With her emotions.

Victoria is an EVE - an Emotion Vesicle Engraft - and one of few humans who are genetically capable of producing emotions for the Gutters to feed on. She's doing it for the money - her sister Alisa needs a good doctor, and fast. But what she didn't count on was being sent to the world's first desegregated high school for Gutters and humans. She didn't count on the paparazzi, the protestors, or the insane Gutter politics and government secrets. She didn't count on the crimson-eyed Gutter prince with an intriguing heart of cold iron, either.

She especially didn't count on murder.

But it's counting on her.

My eyes slide over – Shadus is standing right next to me, leaning on the bookshelf. I close my eyes and sigh.

“Don’t be. It’s me. Something’s wrong with me. I don’t know how to react like a normal person. Jeers, whispers, sneers, those are fine. I ignore them, punch something to make them hurt less. Compliments? I don’t know what to do with those.”

“You’re different. That’s not necessarily bad,” He offers. His long fingers skim over a row of books and he picks one out, flipping through the pages. “More literature in which the protagonist kisses his interest. Is it all your human writers are interested in? It hardly seems worthy enough to devote entire books to.”

“You speak from experience?” He asks.

“Second grade during the school play. Arnold Grady. We were backstage, behind the curtain. I thought it was a good time to go for it.”

“It was enjoyable, then?”

“Too wet.” I laugh, the memory burning like an old tattoo of embarrassment. “He was shorter than me - all the boys were. They’ve only started catching up this year, really.”

I raise an eyebrow. “What? Of the short boys?”

“Of your kiss. You speak of it fondly. Even if it was lacking technique, you still remember it. It must have been an important experience. I assume I will never know that sort of feeling - ”

I step into him. He jolts back, hitting the bookshelf. It shakes, and settles. I point up at him.

“Be thankful. You guys have the ceremony of flame. You don’t waste time with petty shit and he-likes-her-she-likes-him crap. Your future is arranged by your family. But us? Humans? We fish around blindly in a pool of seven billion people, hoping one of them isn’t too crazy or too incompatible with us, and we get so desperate that when we find someone we can stand for two minutes we decide to marry them for life, when in reality they’re all wrong for us. But we keep pretending they’re right, until we can’t anymore, and then we divorce them or break up and we get up and try again, and again, and it chips away at our tiny human hearts.”

He stares at me intently, as if I’m lecturing him and he’s trying his hardest to learn something from it. I snort.

“You’re lucky, Creeps. All you Gutters are lucky.”

“What you call ‘lucky’, I call ‘boring’,” Shadus says. “The human way of things may be more painful, but it sounds much more fun.”

I stride up to him, get in his face. His chest is rising and falling, his fists balled up. His ruby eyes stare down at me.

He struggles with something inside himself, a pained look coming over his expression.

I press my head into the cradle where his neck meets his shoulder.

This book made my heart flutter with happiness. I adored it! I was a little hesitant when I first starting reading this book. In the first two chapters I really did not think I was going to like Victoria at all. She was cold and rude to everyone. However, when Victoria would talk to her sister and let her walls come down, she became so much more likable. I was able to really connect with Victoria and respect how strong of a girl she was. Victoria went from being my least favorite character, to being the character I wish I could be.

I cannot talk about this book without gushing over my favorite character, Shadus. Shadus comes off as a jerk at first, but as he opens up to Victoria he becomes more and more lovable. I, like most people, think of green slimy creatures when I hear the word "alien". However, Shadus is the complete opposite.

"His eyes are shadowed by thick lashes and long bangs, his hair unkempt and messy. He's slouched, elbows on the table behind him. His body is lean, like he doesn't eat properly. His cheekbones are razor sharp and his shoulders are broad, his expression completely bored on his olive face."

The scenes between Shadus and Victoria were great. Most of their scenes included witty banter that would make me laugh out loud. It was hilarious and adorable when Shadus would try and use human humor, and Victoria would have to correct him. There were scenes between Shadus that were so sweet and innocent that I felt warm and fuzzy inside. Then, there were scenes that were filled with heat and chemistry that made me crave for more.

"Suddenly, I'm so much closer to him than I was to him, my body moving without my direction. Our shoulders touch, my chest glancing his. My EVE organ feels weightless, light and bouncy beneath my ribs."

Besides romance, this book had suspense and mystery that kept me hooked. I tore through this book, and I am now anxiously awaiting the sequel after the cliff-hanger ending. I highly recommend "Fear Me Not" to anyone looking for a unique and enjoyable YA book. 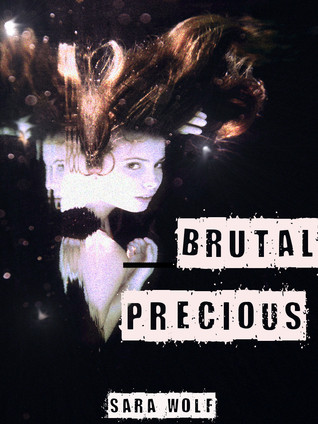 Eighteen-year-old Isis Blake hasn’t fallen in love in three years, forty-three weeks, and two days. Or so she thinks.

The boy she maybe-sort-of-definitely loved has dropped off the face of the planet after his girlfriend's death, leaving a Jack-shaped hole. Determined to be happy, Isis fills it in with lies and puts on a brave smile for her new life at Ohio State University.

But how long can that smile last with all of her friends gone?

How long can it last with the guilt of Sophia's death crushing her?

And how long can it really last when Will Cavanaugh attends the same school, taunting her?

Isis is good at pretending everything is okay. But not that good. The cracks begin to show.

Isis Blake is good at putting herself back together.

But Jack Hunter is better.


**This book contains language and sexual scenes, some of which may be unsuitable for younger readers.

**This is the third and final book in the LOVELY VICIOUS series.

Sara Wolf is the author of the LOVELY VICIOUS series and FEAR ME NOT, the first book in The EVE Chronicles, a YA/Sci-Fi series. She’s currently working on the final book in the LOVELY VICIOUS series. She’s addicted to the Vampire Diaries, The Walking Dead, True Detective, pink Starbursts, pizza, and damaged heroes. For additional books, news, teasers, and giveaways, visit her at sarawolfbooks.blogspot.com or facebook.com/sara.wolf.3304.