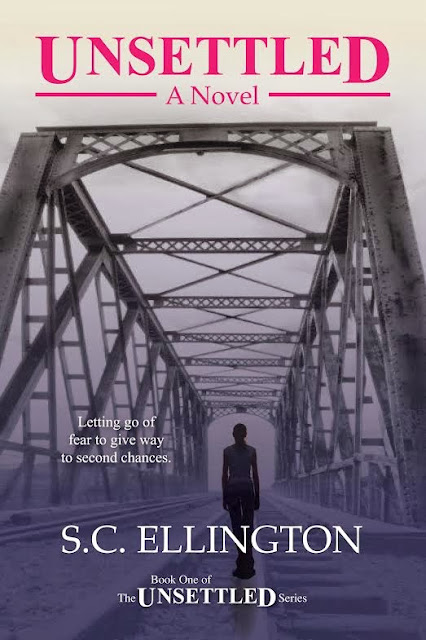 After a horrific breakup with her long time boyfriend, Brooklyn Caldwell is completely disenchanted with the notion of mingling with the opposite sex. Damon Williams had been everything she thought she wanted…until he wasn’t.In an attempt to escape her heartbreaking past, Brooklyn seeks refuge in bustling Washington DC where she folds into the fast paced society unnoticed…until she meets a young entrepreneur, Logan Colton.Brooklyn is surprised to find that while she has been successful in keeping the opposite sex at bay, somehow she is defenseless against Logan’s confidence and charm—and it doesn’t hurt that he is absurdly beautiful. While thrilled with Logan’s candor, Brooklyn hesitates, as she can’t seem to move past the heartache that she suffered at the hands of Damon.As much as Logan didn’t plan on pursuing her, he is drawn to Brooklyn’s muted beauty and her witty persona. For all his success, Logan is ensnared in the coveted world of unequivocal wealth and power, but behind closed doors is taunted by demons and an undeniable need to atone for a monumental mistake.As the two embark on a tumultuous obstacle course saturated with unknown twists and turns, Brooklyn is left to question whether she can endure the journey ahead. 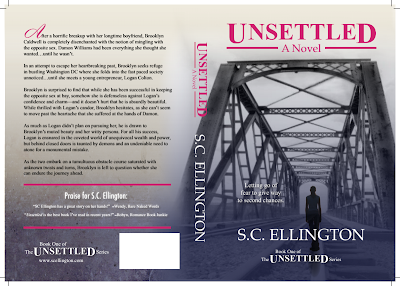 Excerpt
"I couldn’t breathe. I saw her below me. I couldn’t make out her face, but I knew she was someone close. Something was wrapped around her ankles, I thrust myself deeper into the darkness. The salty red water was all around me. Claps of thunder rang in my ears, but I plunged further into the bottomless abyss. Intense fear gripped my heart valve so tightly I thought it would burst, but I knew she needed me." 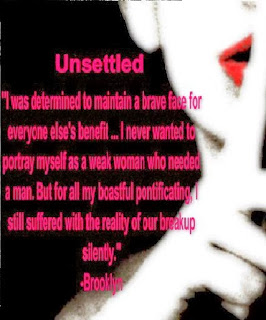 Meet The Author
S.C. Ellington is an up and coming author who enjoys expressing her creativity through frequently writing adult, contemporary romance novels that readers can relate to, but more importantly, enjoy.
Aside from writing, Ellington enjoys curling up with her e-reader and absorbing herself in novels loaded with emotion, desire, and passion. She also likes to spend sunny, wistful afternoons, in her hammock thinking up new ideas for great stories.
Ellington currently resides on the west coast with her beautiful family and loving friends.
Connect with SC: Website | Facebook | Twitter | Goodreads | Pinterest | Instagram 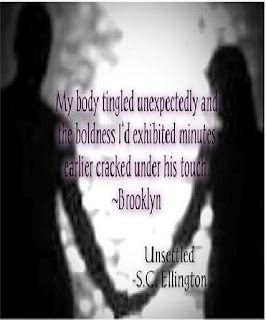 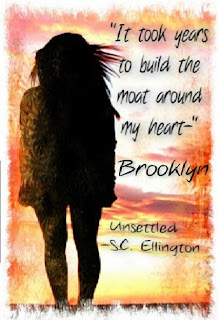 Some of S.C. Ellington’s Favorite Things 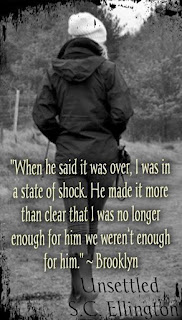 Interview with S.C. Ellington:
Have you always wanted to be a writer?  Yes and no. I always enjoyed using my creativity. I found pleas-ure in writing short poems and things of that nature. For a while I considered medical school, then law school, but for me, those professions were more of a means to earn a substantial living. My father always told me to choose a profession that I didn’t feel like would be "work." I ended up doing the opposite and pursued my Masters degree. From that point, I acquired a position within the government.
Over the course of the last few years, I found myself yearning for more. I would say that the day my husband brought me my Kindle, was the day that my life and outlook changed. I started thinking back on my father’s words and what I found joy in. I’ve always been an avid reader, and many close friends always told me that they thought I wrote well. About a year ago, a tiny light bulb went off, propelling me to pursue my creative pas-sion for writing. Had it not been for the ever evolving world of self-publishing, I am not sure that I would have ever seriously pursued my dreams of becoming a published author.

Have you ever suffered from "writers block"?
I had a few cases of this dreadful disease! I found that by leaving my work alone for a few days, ideas were able to flourish when I didn’t put myself under pressure to spit out words.

Best advice for anyone starting out writing?
Well as a budding author myself, I can’t stress enough the importance of networking. When I first approached the idea of writing a novel, I was mortified by the idea of social networking and meeting people face to face. Luckily I was able to meet a few great people early on who showed me the ropes of the author world. I think my exposure to them has made my author experience richer.

Is it harder to write a male or female character?
It is most definitely harder for me to write male characters. As a woman, it is so much easier for me to tune into what most women desire, complain about, or fear. Thankfully, my husband has been supportive and allows me to pick his brain to get male points of view.

What scenes are the hardest for you to write?
Oddly enough, as a new adult romance author, the hardest scenes for me to pull together are the actual love scenes. I struggle with the syntax of my word choice, where to stage the characters, and above all, keeping the scenes fiery.

How do you know if your work is a short story or a novel in the making? What triggers that decision?
On some level, the characters speak to you. I find if they have a lot to say, then I continue to write. If they’ve, yelled, screamed, and made up in twenty pages, then I know they were only meant to be around for a season or two.

If you could bring one of your characters to life, who would you choose and why?
I would choose Brooklyn. Like Logan, Brooklyn has also dealt with tumultuous ups and downs in her life. Brooklyn has a fire about her, and I enjoy that. To see some of her crazy comments played out in real life would be comical.

Do your fans have any impact on your writing?
Certainly! As a budding author, you’re eager to hear what readers think of characters and the overall story line. What they liked and didn’t like and so forth. SinceUnsettled is the first novel of a series, I would embrace things that my readers had to say to keep the thrill of the story going.

If you had the chance to go on a date with one of your characters, who would it be?
Would love to hang out with Damon for a couple hours. Get some insight into what he was thinking! I don’t think I could be his Mystic though!

What lies in your near future as an author?
I hope to pursue writing as a full-time career at some point. In the meantime, I look forward to interacting with my fans and continuing Logan and Brooklyn’s story.