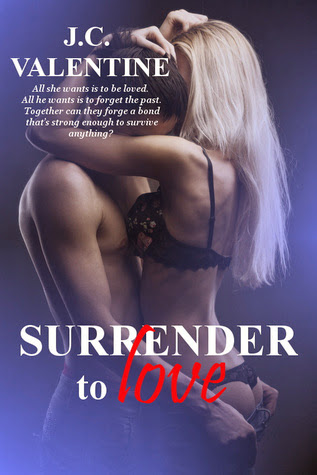 After finding herself out of luck and out of love, Patricia Jacobs has written off the male species. No one but her father has ever given her the love and devotion she knows she deserves, and she’s sick and tired of it. Until she collides, literally, with a man whose devastating smile and seductive charm that should be considered illegal, destroys her plans. He’s everything she’s ever dreamed of in a man: handsome, intelligent, successful, they share a love of cars and best of all; he looks at her like she’s his light in the dark. What more could a girl ask for?
Jonathon Bradshaw, destroyed by a past that has haunted his every waking moment for the last five years, isn’t looking for a serious relationship, until he meets Patricia. Sweet, saucy and as hot as the summer is long, Jon can’t deny the draw he has toward her. For the first time, he has hope. Determined to shake the ghosts of his past, Jon focuses on forging a future with Patti, but he’s always been a master at standing in his own way.
When Jon’s past refuses to be forgotten, will Patti be able to live with the truth about the man who’s stolen her heart? 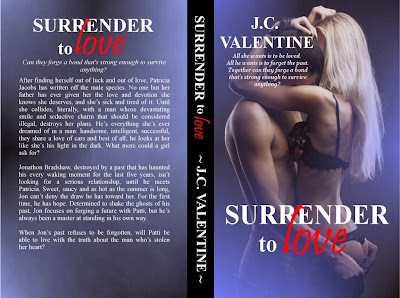 Excerpt
Patti awoke in a darkened room in a strange bed. She jolted, her heart hammering in her chest as she tried to sit upright and found herself pinned. Looking down, she found a thick arm wrapped around her waist. It constricted, pulling her back against the long, hard line of what she knew to be Jon’s body.
She must have fallen asleep, she concluded, and he must have brought her to his bed. She tried to relax her stiff muscles.
It was impossible to manage.
Just being this close to him made her tense.
Her breathing grew shallow when she felt the hardness of his erection pressing against the crease of her buttocks.
Her insides flamed to life. Heat pooled in her belly and she felt her panties grow wet.
Her body hummed to life.
For him.
She wasn’t sure how late it was, or early. With the curtains drawn tight, no light penetrated the dark room, and save for a soft, ambient glow of a night-light coming from somewhere nearby, there was nothing to indicate whether it was day or night.
She should probably go.
But how?
Jon’s big body was everywhere, enveloping her in his quiet strength. If she moved, she’d wake him and that was the last thing she wanted to do. After what had gone down on their date, she figured that maybe it was best if they took a tiny break, put some distance between them so they could both take some time to think everything through before they found themselves in a messy breakup that neither of them wanted.
She didn’t think she could do that again, especially not so soon.
She’d endured dozens of breakups in her short life, but she’d never experienced the pain of a broken heart, because you can’t break what you’ve never given away. With Jon, she had a sickening feeling that things would be very different.
Twisting slowly in his arms, she managed to roll flat on her back, but that movement only succeeded in pinning her deeper under his arm.
Dragging in a breath, she held it firmly in her chest and wiggled one hand under his large forearm and the other beneath his thick biceps, and lifted.
He was heavier than she anticipated, and when his whole arm came crashing back down across her stomach, her breath expelled on one big whoosh.
“Mmmm,” Jon moaned, his warm breath tickling her ear. “Going somewhere?”
Patti stiffened at his side. “Um, I need to…go to the bathroom.” She wasn’t sure what to do. She only knew she needed to get out of that bed. The way his body clung to hers, all big, and hot, and male, threatened all of her sensibilities.
Jon snuggled closer, burying his face in the side of her neck. His hips, or more specifically, his cock, pressed against her thigh. Then he licked her.
Patti’s breath shuddered out of her.
“Bathroom is straight ahead,” he grunted in her ear, and then he rolled onto his back, releasing her.
Patti leapt from the bed as if it were on fire and dashed toward the only source of light in the room: an en suit master bathroom. Sweet relief was within sight, and Patti raced toward it as though it were a source of salvation.
Jon’s soft chuckle followed after her. “And Patricia?”
She turned at the sound of his roughened voice.
His blue eyes glistened in the dark, giving them a predatory gleam. “Make sure you come back. I’m not done with you yet.” 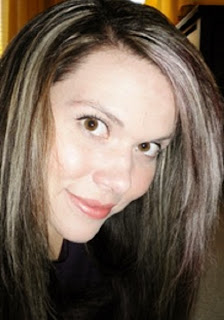 Connect with the Author