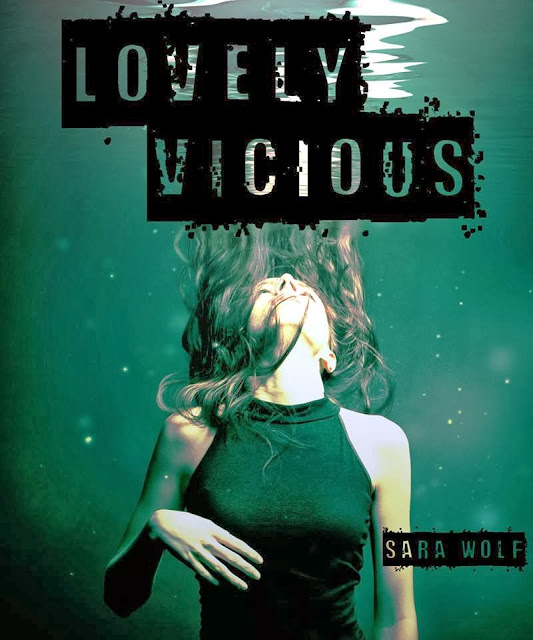 Seventeen-year-old Isis Blake hasn’t fallen in love in three years, nine weeks, and five days, and after what happened last time, she intends to keep it that way. Since then she’s lost eighty-five pounds, gotten four streaks of purple in her hair, and moved to the Buttcrack-of-Nowhere Ohio to help her mom escape a bad relationship.

All the girls in her new school want one thing – Jack Hunter, the Ice Prince of East Summit High. Hot as an Armani ad, smart enough to get into Yale, and colder than the Arctic, Jack Hunter’s never gone out with anyone. Sure, people have seen him downtown with beautiful women, but he’s never given high school girls the time of day. Until Isis punches him in the face.

Jack’s met his match. Suddenly everything is a game.

The goal: Make the other beg for mercy.

The game board: East Summit High.

The reward: Something neither of them expected.

*This book contains language, some of which may be unsuitable for younger readers.*

*This is the first book in the LOVELY VICIOUS series.*

“I paid the fee, if that’s what you’re here about,” Madison starts. Jack looks to her, smile flashing on for a moment.

“Let me talk to her. Give me one second.”

“Okay,” Madison giggles. He grabs my elbow and pulls me in the other direction.

“Is that how you kissed me?” I ask, nearly tripping as he pulls me along. “Golly gee, it looks kind of mildly fucking embarrassing! No wonder up my appointments - ”

“Whoa, I think you overestimate me, shitlord. Last time I checked all I did was be in the wrong place at the right time. I saw you and had to - ”

“ - delicately approach you. In a sideways manner. From behind. Without being seen at all. For ten minutes.”

“Why are you even out? I thought you were sick.”

“I was. See, it’s this thing called an immune system -”

He holds up his hand and rubs his eyes. “Okay, stop. Shut all systems down and just. Stop. Talking.”

“That’s never stopped me before!”

He looks down at the jar of frosting I clutch in my hands. “Are you eating that out of the can?”

“Are you the king of stupid questions?” I fire back. “Of course I am! Frosting is the ambrosia of the gods. God, if you’re into that religious thing. Are you religious? Somehow I get the feeling the only church you’d join is the church of self-worship. Your body is your temple. Work it, boy.”

“What are you saying?” He snarls.

“At least I’m not whoring!”

"I'm working right now, okay? I’m getting paid. So you need to just piss off and go to whatever immature party you were going to in the first place.”

“The receipt for red plastic cups sticking out of your jacket. Your eyeliner. Girls don’t make eyeliner wings that big unless they plan on drinking.”

“Touché. You’re smarter than I gave you credit for.”

“And you’re far more annoying than I first suspected. If I’d known you’d stalk me like all the others, I never would’ve kissed you, even as payback.”

“Seriously, you kiss everyone like that though! It was nothing special.”


“Exactly. It was nothing special. So back off and leave me alone.”

Sara Wolf is the author of ARRANGED, a college-aged romance series centered on an arranged marriage. She’s currently working on her next New Adult romance series. She’s addicted to the Vampire Diaries, loves chocolate and romantic angst, and can’t get enough of damaged heroes.


Writing Stories Based in High School

Hey guys! It’s Sara Wolf here. Thanks so much for having me on your blog!

So the topic of today’s post is about Writing Stories Based in High School. A lot of people ask me if I’ll ever write ‘grown up’ books, meaning they somehow think books set in high school are inferior to books not set in high school. This really irks me for several reasons. One, because the people who are judgmental like this are poop heads. Two, because they probably don’t like books set in high school because they have no imagination. Also, because they didn’t like their high school experience. Which probably means they were nerds. I mean, I was a nerd too, but c’mon! High school might not have been the best, but it was definitely the most informative *AHEM* period of my life! Aside from college. But that’s a whole different ballgame.
Writing books in high school is awesome. It lets me relive high school all over again, which is fun and painful but mostly fun. Also, it reminds me that being an adult isn’t the most important thing in the world. Lots of people are eager to grow up, but I never really was. Adult and teenager are such weird terms to slap on people. I think it’s better if we see them in terms of growth – adults can act like kids and I know teens who are the smartest, wisest, oldest souls around. So growth shouldn’t really be a factor, and I try not to let it be when writing about kids in high school. People say my characters are too grown-up, or too kiddish, but honestly there’s no such thing. There’s just people, and how mature they are in their own heads.
Anyway, thanks so much for listening to me rant! If you like, check out my book, Lovely Vicious, and its upcoming sequel, Savage Delight. 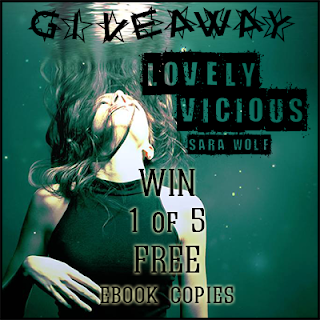