by Tessa Bailey Crossing the Line #4

Loving her might cost him everything… Disgraced cop Henrik Vance is having a shit year. Banished to a derelict undercover squad, he’s been tasked with hunting down the daughter of Chicago’s most dangerous criminal. His obsession with saving the beautiful girl destroyed his career. And this time, it might cost his life. Ailish O’Kelly doesn’t need a hero. She’ll save herself from her father’s violent criminal dynasty, thank you very much. Unfortunately, the sexy as sin cop who crashes her hideout isn’t hearing reason—especially not after the kiss that becomes much more. His boss wants her as an informant. Ailish wants Henrik to keep whispering filthy things against her skin. But she knows too well the evil they’re up against, and when it comes down to protecting the man who owns her body and soul, she only has one choice…

I’m going to hell for wanting to corrupt this girl. “No. I’m not.” Deep breath. “But I should be. I should be talking to you about anything but invitations. Like your favorite pizza toppings or scary movie.”


“Pepperoni and Poltergeist,” she whispered. “But to answer your first question…yes. I am reckless. And stubborn. We’ve only been friends for five minutes and you already know my two greatest faults.” 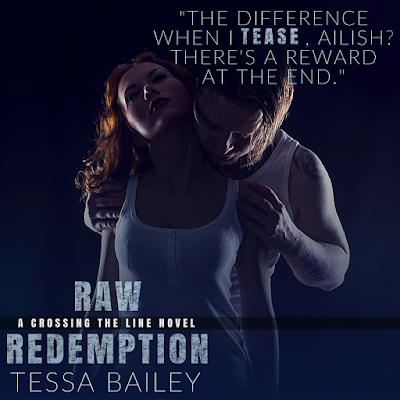 DON'T MISS THE OTHER BOOKS IN THE SIZZLING CROSSING THE LINE SERIES....

RISKING IT ALL (Crossing the Line, #1)