I've been dying to tell you about Ethan and Cassie.

The story begins with Cassie Taylor. She is a well known theater actress. She is cast in a new play and her leading man is the only man she has ever loved. He left her six years ago and now he's back in town and back in her life. After Ethan left her, she was a complete mess. Only Tristan, her friend and roommate was able to help her through her heartache.

Ethan Holt is back for the woman who loved him. He made mistakes and he's back to rectify them. He knows he hurt Cassie in the worst way possible. He broke her and he can't live without her any longer.

Cassie and Ethan meet during Acting School. Ethan was rude to her more than once. He told her to keep away from him. Luckily Cassie didn't listen to him. When they are thrown together as leads for Romeo and Juliet their attraction is unavoidable.

The story is told in past and present. It details everything. From the moment they meet to the new play they are doing together.
I think everyone who loves romance should read this book. My kindle is full of bookmarks.
The chemistry between these two is to die for. Their banter is addictive and their love story is grueling. I felt every emotion they did. I felt awful for Cassie but I also understand why Ethan was so difficult at times.  Despite Ethan hurting her, I was rooting for him to win the girl the whole time. That's why the cliffhanger took me by surprise. But, in a way it is not a bad one.
Don't hesitate to buy this little gem. It's top pick for this year's best book for me.

“Goddammit. Of all the diner joints in all the towns in all the world, he has to come to mine. This is supposed to be a Holt-free zone.”

“Holt, there aren’t many people in the world who connect like we do, for whatever reason, and saying that we shouldn’t feel it isn’t going to make it go away. One day you might figure that out, but by then it’ll be too late.”

“My smile couldn’t be smugger if I bought it from Smuggy McSmugster at the Smug Store in Smugville.”

“What slays me every day I come to rehearsals? Is that I can be there, in bed with you, kissing you and pretending to make love and … I still miss you. Because it isn’t real. And I want it to be. So fucking badly.”

“Cassie, I felt like a ghost while I was away from you. I was. Now, I want to feel real again.”

“So, I’m not sure if you got my subtle subtext there,” he says, “but I’d really like it if you stayed the fuck away from Connor, okay?

“Lie.”
“And if Connor asks?”
His eye twitches. “Tell that fucker we’re engaged.”

“But … well … Jesus, Cassie, you can’t just say that you want me and expect me to not completely lose my mind. I know you can’t give me all of yourself right now, but I just needed to have one small part of you. A piece that wasn’t Connor’s, or the other guys’ you’ve been with. Just mine. And I hope Connor, and every other man in the room, saw that fucking spectacular kiss, because anyone who witnessed that could not deny that we’re meant to be together, especially not you.”

“Pfft. Pinocchio wished to be a real boy, and that turned out okay.”
“True. But he was then forever devoid of permanent wood. Think about it.”

“I know. I just have a very hot girlfriend, and when my hands are on her, I get carried away.”
All the breath leaves my lungs. “You’re admitting I’m your girlfriend? Finally?”

When he answers, his voice is soft. “Yes, Cassie. You’re my girlfriend.”

This book blew me away! It's easily one of the best books I've read this year. The explosive chemistry between Cassie and Holt had me anxiously turning the pages full of anticipation. Was he the one? Would they end up together?

I love how the story unfolded, flipping back and forth between the past and their present. Ethan Holt and Cassie Taylor first met when they both applied and were accepted to a prestigious acting school. She wanted him right from the start and wasn't shy about it, at all. Things got even more intense between them when they were cast as Romeo and Juliet. Cassie had absolutely no filter when it came to Holt, which led to so many embarrassing, sweet and laugh-out-loud moments that made this book unputdownable. There were so many times when I thought, did she really just say that? Their chemistry and connection was like no other. Cassie always had faith that together they could make a relationship work, if he was just willing to try. But now, three years later, their roles have reversed. He has faith and she isn't so sure her broken heart can be mended.

"This is what we should have been. Always. Mouths and hands on each other, breathing each other's air. Reveling in our soul-deep connection, not running from it."

There were so many great moments that took me by surprise. So many things that came out about Holt that just made me love him even more. While there was a cliffhanger at the end, it wasn't upsetting, it just made me extremely excited for the next book. This author's writing is so engaging. I highly recommend.

*Complimentary copy provided by NetGalley in exchange for an honest review* 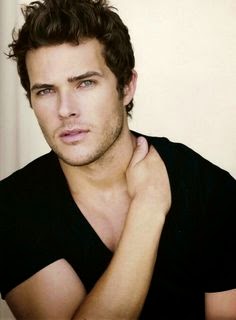 Bad Romeo is about a girl, Cassie, and a boy, Ethan Holt.  Cassie and Holt have a long line of history and haven’t spoken for a number of years.  When Cassie is casted to be the leading female role in a new play she doesn’t know who she will be acting with.  When she discovers it is Holt, the boy that broke her heart twice, she is angry and can’t even stand being around him.

“Goddammit. Of all the diner joints in all the towns in all the world, he has to come to mine. This is supposed to be a Holt-free zone.”

She realizes that Holt isn’t there just for the play.  He’s there to try to get Cassie back and show her that he’s ready to be with her.  He just has to get Cassie to stop hating him.

It is rare- at least for me- to find a book that just holds you captive till the very last page.  To find a book that makes you laugh, cry, cringe, and rejoice at the wonderful content that is held between the two covers.   Bad Romeo did it all for me.  It broke my heart while making me laugh so hard (at the dialogue), and slowly put my heart back together again.

At first, I was a little nervous to start because of the Broadway play storyline.   I have never really been into the whole actor thing, but holy hell did it make it that much better.  The plays throughout the story enhanced the scenes and made the characters more 3-dimisional.

Another thing that I usually HATE in a book but absolutely loved in this one is how the story is told.  I really dislike stories that jump from past to present.  But when I read this one, I absolutely adored that we saw the past and details of their failing relationship, and the present and Holt’s attempts to reconcile.

The dialogue was hilarious and so entertaining to read.  Cassie and Holt were always bickering with each other so it kept the story rolling with enough humor.  I can not recommend this book enough and I can NOT wait until the next book!

*Complimentary copy provided by NetGalley in exchange for an honest review*
Posted by MrsLeif at 4:21 PM