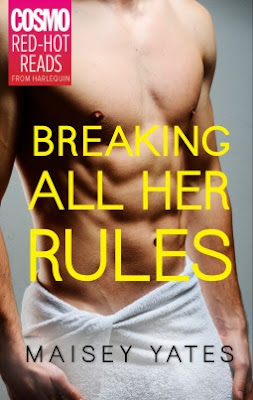 Buttoned-up financial consultant Grace Song lives life by her own strict rules. Spontaneity leads to chaos. Always play it safe. So when she shares a Manhattan cab with a handsome stranger and they accidentally swap cell phones, her first instinct is to track him down and put things right. Stay on track. Stick with the plan.

But when beyond-gorgeous Zack Camden answers the door draped only in a towel, Grace is suddenly inspired to ditch her rules for a day…and a night. Indulging in one delicious encounter with a perfect stranger is just the break she needs. But one turns into two, then three mind-blowing nights—and soon Grace is in danger of breaking the biggest rule of them all—never fall in love….


I thought this book was really cute.  I want more of Zach the Cowboy!
Grace is somewhat of a workaholic. She's obsessed with being successful at the cost of all other things in her life. Including her own happiness and a relationship. Zach and Grace meet in the back of a cab and right away they have such cute banter. After accidently switching cell phones, Grace shows up at Zach's hotel and they end up spending a really hot and unexpected night together. Something Grace would never do.

Zach is a tortured artist, just in town for an art show. He's had to deal with loss in his life, so a relationship is just not an option for him. But that doesn't mean they can't spend their nights together. I love that there was so much emotion packed into this short story. It was hot but so heartfelt at the same time. It really makes me want to check out Maisey Yates' other books. 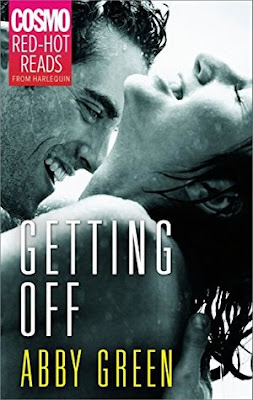 Caitlin Ryan has never had an orgasm and she wants one! So does she
(1) Date lots of Mr. Nice-but-Wrongs and keep faking and hoping?

(2) Do a little DIY with a battery-operated friend and a lot of imagination?

(3) Go to NYC and have a wild night with a totally hot stranger?

When (1) and (2) don't work, Caitlin goes for (3). But even with motorbike-riding sex god Liam, old habits die hard, and yet again she has to fake it. Only he notices and is not happy! Could things get any worse? Well, yes, when Liam becomes her new boss. But when Caitlin reveals that she's never climaxed, Liam rises to the challenge, offering a weekend of hot sex with the only goal her pleasure. Will letting him take control work? Caitlin can't resist finding out….

This story was short, sweet and oh so hot!


Caitlin has just moved from Dublin to New York and she's looking for a job.  She meets Liam one night at a bar and they share a  memorable night together.  The only problem....she doesn't have an orgasm.  She's never had one before.  Most guys don't notice, but Liam isn't most guys.  He doesn't do relationships but there is something about Caitlin that he can't get over.  That's when he comes up with the weekend challenge.  A way to solve her problem and to get her out of his system. But sometimes things don't go as planned.  I loved the ending!

"I had to clutch onto his T-shirt to stay standing.  It was the kiss of my dreams." 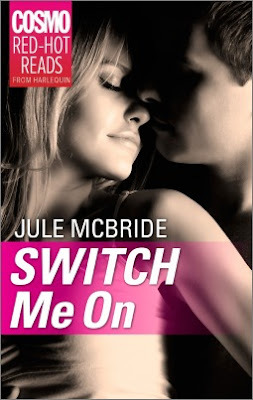 
Some girls are made for the city

Successful voice-over artist Ari Madden has been planning her escape from Blackwater Inlet for years. In three more weeks, she's making tracks—away from her cloying family, the gossip mill and her rep for rejecting local men who threaten her dreams. So it's defnitely the wrong time for a total stranger to start delivering sexy shocks to her lady-circuits.

Bruno Brandt meant to unwind in his new getaway cabin in Podunkville, not get recharged by a red-hot woman with small-town blues. Outrageous, sultry Ari sparks him like a live wire, though, convincing him their fling will never be enough. He's a world-class whiz when it comes to anything electric, but can he do what no man ever has before—jump-start Ari's desire to commit?

Cosmo Red-Hot Reads seems to be hit or miss. This one was a little bit of a miss for me. I just didn't connect with the Ari and Bruno.

Ari is a twin, the bad twin. She is the complete opposite of her perfect sister, meaning she doesn't live her life according to her parent's plans. They live in a small town where everyone's business is on display and Ari has dated way too many of the men. She's looking to make a big change in her life. She's hoping to land a huge account with her voiceover company and relocate to a City. When Bruno, "Mr. Electricity", shows up in town she's determined not to let their one-night stand turn into more. She doesn't want her plans to be derailed. There is a bunch of family drama that ensues, which dragged the story down a bit. Mom Mad drove me crazy!

"I've got PhDs in physics and engineering, but the energy between you and  me is a mystery I can't figure out."

Posted by Anonymous at 4:28 PM