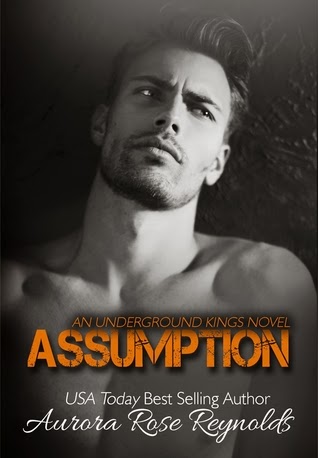 Autumn Freeman is doing with her life the best she can. She works as a stripper to pay for nursing school. When a shooting at the strip club has her in trouble, she is told to leave the city and her friend sends her to be protected by Kenton Mayson.

Kenton is in the business of protection. He is not a cop but he'll kill to protect what he cares about most. Sharing his house with a stripper is not his idea of fun. He is mad when he finds out the truth and sees her working at the hospital. Once his preconceived notions are all gone, with eyes wide open he realizes she is what he has been looking for. There are just two little issues: convincing Autumn of a second chance and keeping her alive.

This was a great read. Kenton was an alpha who once he realized he wanted the girl, he didn't stop until he convinced her. He didn't hesitate to put his ex girlfriend in her place and he was open with his family about his feelings for Autumn. There was no second guessing him. He was also tender and sweet at times.

“I love you. It’s not past tense. I love you now, and will love you until my heart stops beating.”

Autumn was independent and funny. She has a good heart, was smart and listened to what Kenton had to say to keep her alive.
The secondary characters were also good. There were a couple of them that I will like to read their stories too.

“You’re also the first guy since my first that I have been interested in. I feel vulnerable when I’m with you, and I hate your words have the power to crush me, but they do,”