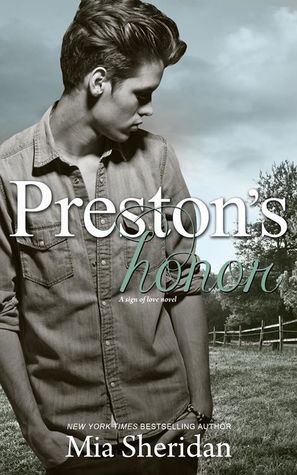 There were two brothers—identical twins—and though I loved them both, my soul belonged to only one.

Annalia Del Valle has loved Preston Sawyer all her life. The daughter of an impoverished migrant farmworker, she grew up as an outcast in what was no more than a tiny, cooped up shack in California’s Central Valley. But her heart found freedom in the land, in the wide-open spaces of Sawyer Farm, and in the boys who were her only friends.

Preston has yearned for Annalia since he was a boy. But a sense of honor kept him from pursuing her until he’s unable to hold back any longer and their worlds—and bodies—collide one hot summer night. A night that sets off a chain of events that will alter their lives forever.

Now Annalia is back in town after disappearing without a trace for six long months. Determined to reclaim her heart, her life, and the baby she left behind—the son who was created in a moment of lust and love and pent-up yearning.

Preston has survived grief, a ravaging drought, and the despair of heartache, but he’s not sure he can survive Annalia again. And he might be unwilling to try. Will pride and bitterness keep him from the one thing he’s always longed for?

How do you heal what is irreparably broken? How do you forgive that which is unforgivable? How do you discover that real honor comes not from circumstance, but from the place deep in our hearts where truth resides? And how do you move beyond the wounds of the past to discover that some loves are as solid as the ground beneath your feet, and as enduring as the earth itself?

THIS IS A STAND-ALONE SIGN OF LOVE NOVEL, INSPIRED BY GEMINI. New Adult Contemporary Romance: Due to strong language and sexual content, this book is not intended for readers under the age of 18.

I've enjoyed every book by Mia Sheridan I've read. Archer's Voice was one of my Top Books of 2014.

I love the idea of the zodiac signs having their own love stories. This time it what's Gemini's turn.

I think I could divide this story into 3 stages:

Preston Sawyer is a twin. He and his brother Cole do everything together. Preston knows he wants to stay in the family's farming business while Cole is probably going to leave town when he's older. They both have befriended a migrant worker's daughter, Annalia Del Valle. They become friends when they are all so very young.

Years later, when she is fifteen and they're eighteen and closer to leaving for college, Cole realizes he likes her and wants to be with her. Preston has always had feelings for Annalia. He just didn't show them. He's the quieter and serious brother while Cole is the jokester. As boys will have it, they do a race to decide who's going to be the one asking her out.

Lia's childhood has not been pleasant. She has grown up in poverty with a mother who has never been warm or caring towards her.  After her mother stopped working for Preston's family she started making her living cleaning motels. Lia tries to help her the best way she can. She avoids being a "burden". She prefers to be invisible and she avoids confrontation. She likes Cole but her strongest feelings are for Preston. She's quiet, reserved and she has self-imposed limits on what she can be able to accomplish. In a way, she's her own worst enemy.

Annalia is back in town. She's back for her son, to help her mother, and reconnect with the man she loves.

Preston's Honor is told in dual POV's. The beginning of the book is told in the present and then we're taken back to the past. Through their pain, we learned to love these characters and their tribulations.

Lia had a lack of self-worth. She avoided being considered a "problem". She wanted to just put her head down and go through life that way. Her upbringing shaped her into what she was as an adult. She had no one on her side except the Sawyer boys.

"Those damn parameters in which I would always be contained."

Preston was honorable and very protective of Lia. What he lacked was a good open communication skill with the woman he loved.  I know much of their angst could have been avoided if they both were more vocal about their feelings.

In the end, things worked out the best way they could and I really liked how things ended. I loved that Mia dares to leave the common paths and give us unique storylines.