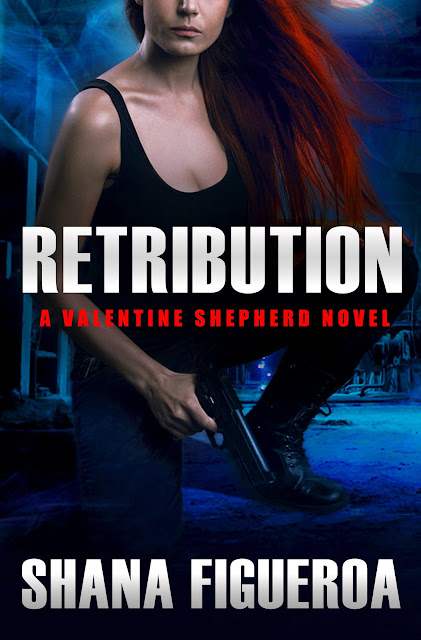 Private investigator Valentine Shepherd plays by one set of rules: hers. She's haunted by dark, cryptic visions of the future, not to mention an aching hole in her chest where her heart---and the love of her life, Max Carressa---used to be. But when Val's search for a missing woman leads to her own night of terror, the only thing on Val's mind is revenge.

In the months since Val walked away from their relationship, Max has tried to move on. Yet, when she asks for his help tracking down her attacker, he knows resistance is futile; he'll do anything for Val. Even sacrifice himself to save her.

“Have you ever met a man named Lucien at the Pana Sea?”

Max’s gaze cut back to hers, and he raised an eyebrow. “Lucien Christophe?”

“What do you know about him?”

Max shrugged. “Nothing, really. He’s in pharmaceuticals. When I was on the board of Carressa Industries, we sold him a small company that manufactured lab equipment. Now I see him sometimes at charity fund-raisers. Why do you ask?”

“I think he might be involved in a woman’s disappearance.”

His brow furrowed. “Who?”

“Her name is Margaret, but she goes by Celine at the Pana Sea. She works as an escort. She’s going to die soon, if she’s not dead already.”

Max sat up in his chair, a deep frown etched on his face. “You saw it in a vision?”
Val nodded.

“And you think you can stop it?”

“Lucien’s part of a club called the Blue Serpent. Have you heard of them?”

“Yes.” He started tapping his toe, his outer cool continuing to disintegrate.
“Are you a member?”

“No. I’ve only heard other people talking about it. Sounds more like a cult than a club.”
“Can you get me access?”

Max scoffed. “That’s why you asked me to come here? You want me to join a cult for you?”
“Only rich people can get in. You’re my only rich…friend.”

He glared at her. They would never be just friends. Either they’d be lovers or nothing at all.
“I’m not joining a cult,” he said.

“Then introduce me to someone who’s already in it.”

“No,” he snapped. “I’m not setting you up on a blind date with a cult member, either. I don’t want any part of this.” He stood to leave.

“Max, please.” She grabbed his arm before he could walk away. A pulse like static electricity shot through her at the feel of his flesh. He glanced at her hand, then at her, and for half a second Val saw her Max looking into her eyes, the one that set her insides on fire, that wanted her as much as she wanted him. Just as quickly he disappeared, replaced by the new Max. After she’d caught her breath, Val said, “Margaret will die if we don’t do something.”

“That’s great you’re willing to bend over backwards to change the future for someone you don’t even know. Congratulations on finding something important enough in your life to fight for. Good luck with that.”

He didn’t jerk his arm out of her hand, but he walked away with such purpose that he left her arm dangling in the air, grasping at his receding back, blurry through her tears.

Shana Figueroa is a published author who specializes in romance and humor, with occasional sojourns into horror, sci-fi, and literary fiction.

She lives in Massachusetts with her husband, two young daughters, and two old pugs. She enjoys reading, writing (obviously), martial arts, video games, and SCIENCE---it's poetry in motion! By day, she serves her country in the US Air Force as an aerospace engineer. By night, she hunkers down in a corner and cranks out the crazy stories lurking in her head.

She took Toni Morrison's advice and started writing the books she wanted to read. Hopefully you'll want to read them, too! 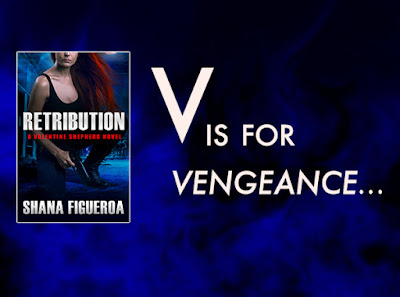 Enter to win 1 of 15 free ebook downloads of Retribution! http://bit.ly/2kqHxg3