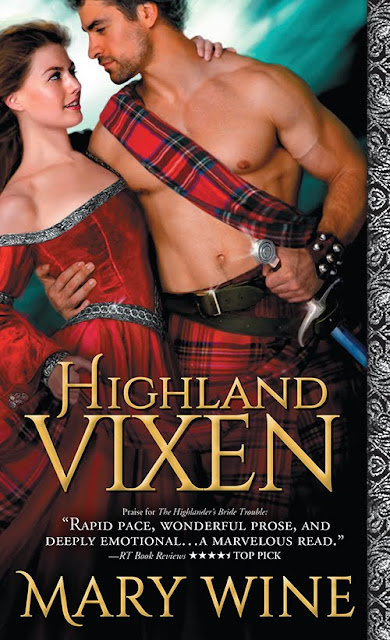 Marcus MacPherson is every inch the fearsome Highlander. He’s used to men averting their eyes and women cowering before him. He thinks he’ll eventually settle down with a nice, obedient bride. Instead, he gets Helen Grant… Stubborn as the day is long, fearless and dedicated to raising as much hell as possible, Helen is definitely going to challenge Marcus. And challenge him some more. And then some. 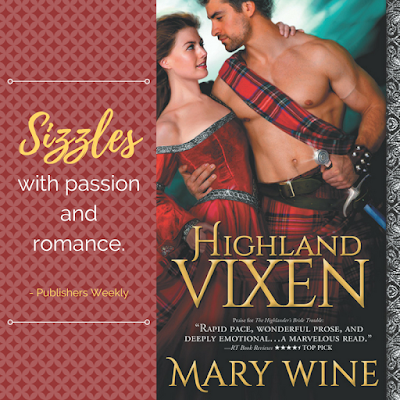 An Intro from the Author

Hummm….the truth is, I am nerd enough to think history is fun. All the little facts and laws from centuries ago have always fascinated me. My parents were always listening to me expound on some little bit of wonderment…aka…historical fact.

Working these little facts into my work is something I try to do because I believe it’s important to write a book, set in the time it is dated. It was a different time and I think that adds spice to the unfolding romance. Life wasn’t fair then and it isn’t now. There is nothing I love more than to set out to see a couple overcome the odds and live happily ever after.

At least I love it when it’s finished! When I’m in that bottom of the ninth inner point, it’s hair pulling time as I try and work things out. Yes, I know I’m the author and should know these things but honestly, these characters have minds of their own!

I hope you all enjoy Highland Vixen. 2017 hold three titles from my Highland Brides and yes, I make you wait for that moment when it all comes together but they are all brides after all.

She was not afraid of him.

At least, Helen had told herself so a hundred times over, and had even made certain to tell Marcus MacPherson the same when he was glowering down at her.

Yet, the truth was, she was running from him, and that bit of truth left her cheeks warm from temper. She snorted, finally pleased with some part of her circumstances. Standing in the rain, looking out over a deserted moor, she needed any way to warm herself, even being disgruntled. Her fingers were frozen, and beggars couldn’t be choosers, after all.

Helen turned to look at Brenda Grant. “No, simply enjoying a view that does no’ include MacPherson Castle.”

“Ye were there a long time.” Brenda spoke softly, her tone hinting that she wasn’t convinced by Helen’s answer. “Long enough to consider it home.”

Helen shook her head. “It is no’ me home—that’s why I left with ye.” She felt something tugging at her heart but was determined to resist naming it. She’d made the choice to leave, so there would be no dwelling on anything left behind.

One of the Grant retainers burst out laughing. He was sitting with his comrades farther up the hillside from them in front of a fire. The men had built a crude shelter for the women before withdrawing to what was likely thought to be a respectable distance to preserve their good names. In the middle of the wilderness, it seemed ridiculous.

Brenda let out a sigh. “No’ that I am one to offer advice on men. Me own circumstances are a mess, to be sure.”

She patted the length of wool next to her. “Sit down, Helen, I am nae yer mistress. Share the shelter with me.”

“I’ve no quarrel with me circumstances,” Helen responded. “I am grateful.”
Brenda’s face contorted with disgust. “Oh aye, we are both reduced to being grateful for having to run like a pair of rabbits from the places that should have been our homes. Men have no kindness in them.”

Helen settled down next to Brenda.

“I hope no’. The longer they think we’re in the chamber with Ailis, the better.”

Brenda looked toward her. “Ye think Marcus will come after ye?”

“Nay, he has too much pride. The man is War Chief of the MacPhersons,” Helen answered. “I worry they will come after ye, because returning ye to Grant land would gain them good favor.”

Brenda was the niece of the current laird of the Grants, and she was a rare beauty. Laird Grant had arranged a second marriage for her, and she’d run before being forced to the altar.

“That is all we are to men in the end. A tool to be utilized,” Brenda said. “Ailis is fortunate to have Bhaic’s love.”

“She is,” Helen agreed as the rain increased and they both drew their feet up.

Brenda’s words were haunting. Helen heard them well into the dark hours of the night, likely because the fairies and other night creatures enjoyed tormenting her by reminding her of her lot. Her simple life had shattered the moment she met Marcus MacPherson. He’d plucked her from her happy home as easily as he might a flower.

But she would not be broken, would not wither. No, she was going to find a way to regain control of her fate. So she’d left MacPherson Castle dressed as Brenda’s serving woman. For sure, many would tell her it was reckless to venture out with so few men, but her alternative was to remain inside the castle and wait for Marcus to force a marriage on her.

She shifted in her sleep, the memory rising in full color. Marcus had lined up his men and offered her as a bride to them. To settle her into her life, he’d said. Well, she’d have none of it. Nor was she going to think about the way the man had decided to fight over her before one and all, as though he’d offered her even a single kind word that might have made her inclined to accept him. Damn him. He was her captor. She wouldn’t be forgetting that. 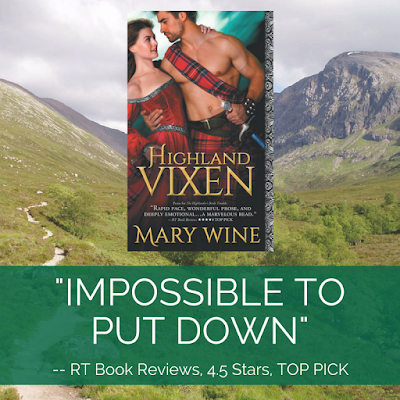