Who Needs Air by Cassie Graham 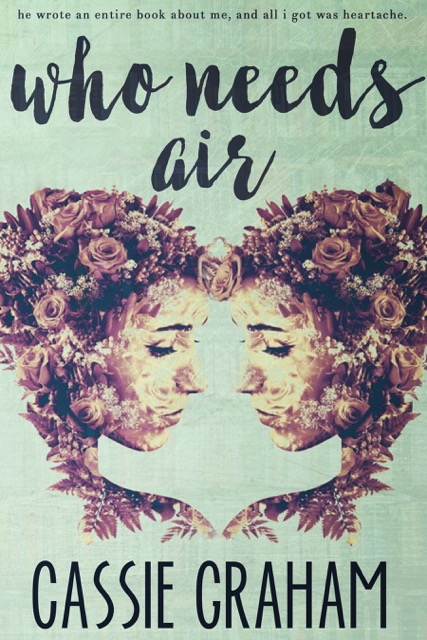 They fell in love at thirteen.
He wrote a book about it at twenty.
She watched him walk away at twenty-three.
And he made the New York Times Best Sellers list at twenty-four.
Campbell ‘Cam’ Potter stood idly by as August Wyatt took over the world one word at a time. Chapter by chapter, people fell in love with the story he created – the events she lived. And now the book was being made into a movie, it was only a matter of time before August was back in their small hometown in Georgia.
The problem was, when August left five years ago, Cam made a promise to herself. The ending in his book would be the conclusion to their story. There was no sequel, no second chance, no possibility of ever seeing him again. He obliterated her heart and she was determined to never let it happen again.
That is, until Cam gets a late night text from the heartbreaker himself.
New chapters are written, fresh storylines are explored and Cam and August find a familiarity in one another.
Sometimes THE END doesn’t mean it’s over. 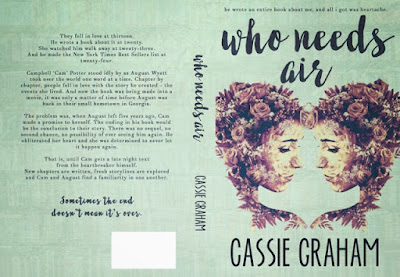 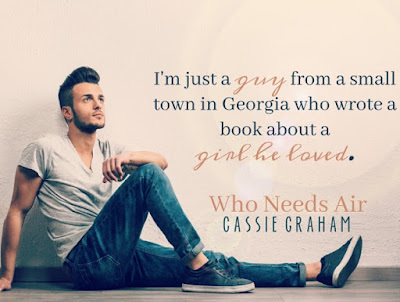 Cassie Graham is a fiery redhead with an intense love for fairytales--angsty, suspenseful fairytales--but fairytales nonetheless. She's had all kinds of jobs--but the one she loves the most is being a writer. She finds solace in it.

She's also the mom to a beautiful little girl. Her greatest joy is watching her grow.

Cassie has always loved to write and is so thankful that she's able to do it full-time. She's very lucky to have a husband who works non-stop so she can live out her dream. He's the reason why writing romance is so easy.

Cassie is a born and raised Arizona girl. Though she has moved around a bit, her home always calls to her. It's where her heart will remain.

If Cassie isn't writing, she's more than likely cooking in the kitchen with her daughter or has her nose buried deep in a good book. She loves front porch sitting, drinking coffee, and constantly dating her husband.