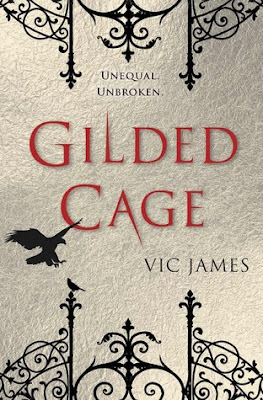 Not all are free. Not all are equal. Not all will be saved.
Our world belongs to the Equals — aristocrats with magical gifts — and all commoners must serve them for ten years. But behind the gates of England's grandest estate lies a power that could break the world.
A girl thirsts for love and knowledge.
Abi is a servant to England's most powerful family, but her spirit is free. So when she falls for one of the noble-born sons, Abi faces a terrible choice. Uncovering the family's secrets might win her liberty, but will her heart pay the price?
A boy dreams of revolution.
Abi's brother, Luke, is enslaved in a brutal factory town. Far from his family and cruelly oppressed, he makes friends whose ideals could cost him everything. Now Luke has discovered there may be a power even greater than magic: revolution.
And an aristocrat will remake the world with his dark gifts.
He is a shadow in the glittering world of the Equals, with mysterious powers no one else understands. But will he liberate—or destroy?

Gilded Cage was an interesting book full of political intrigue and a huge cast of characters. I thought the world the author created was captivating and unique. The overall plot of this book was extremely compelling, but it did take me a while to become invested in this story. However, once I got invested in the story, I thought the plot of book became a lot more interesting.

This book had a lot of political intrigue, which was interesting, but it also made some of the chapters feel quite slow. I would have like a bit more action instead of politics in this book, but I do think the author did a great job at creating the politics of this world.

With the POVs switching a lot, I thought it was a little difficulting really understanding the motives of the different characters and connecting with them. So, I am hoping for more character development in the next book! One of my favorite characters was actually Silyen, because I have a soft spot for morally gray characters. He was very charming but also extremely untrustworthy and mysterious. I couldn't help but become fascinated with his character.

There were touches of romances in this book, which was a nice element. There were forbidden romances, tragic romances, and so much more. The author included a lot of ships for me to ship, and I was definitely happy with that. However, I wasn't behind EVERY romance in the book. For example, one romance did feel like insta-love to me, so I wasn't 100% into that romance. I am really looking forward to seeing how some of the ships develop in the next book because I have a feeling some of them will end up ruining me.

Overall, I thought this was a promising start to a new series. The ending left me super excited to see what the author has planned next in this series!

*This ebook was given to me in exchange for an honest review. *
Posted by MissDaemon at 8:30 AM