Every Dark Corner by Karen Rose 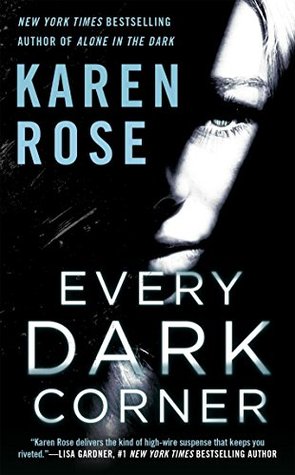 Every Dark Corner is the nail-biting new thriller from Sunday Times bestseller Karen Rose, and Book 3 in the Cincinnati series, following on from Closer Than You Think and Alone in the Dark.

When FBI Special Agent Griffin "Decker" Davenport wakes from his coma, he is desperate to find the missing children he knows are in danger. At the end of his last investigation, when he thought it was all over and justice had been served, he discovered that not everyone had been rescued, but he was shot before he was able to tell anyone.

Special Agent Kate Coppola has recently moved to Cincinnati. She says she's chasing a promotion but she's actually running away from heartache. She's found the recordings from Decker's time undercover and has been at his side in the hospital while she tries to put together the pieces of the crime he was investigating—and what connection it has to his own mysterious past.

When someone tries to kill Decker in his hospital bed, he and Kate realize that the children are not the only ones whose lives are threatened and that they must stop at nothing to hunt down the perpetrators. And danger is waiting in every dark corner.

Karen Rose knows how to write a suspense romance. Her plots are intricate and solid.

I recently started the Cincinnati series. I was lucky, I had all these characters fresh in my mind. I like how Karen Rose gives you snippets of old and new relationships to form. So, despite having the main couple, you can see the threads of new books to come for others.

In Every Dark Corner, FBI Special Agent Griffin "Decker" Davenport is waking up from a medically induced coma after being hit by bullets. He was undercover in a human trafficking case for three years.  Special Agent Kate Coppola is in charge of his debriefing and in a way his protection too. She feels a connection towards him and she doesn't seem to be able to leave his hospital room for too long.

Decker knows he must tell the CPD and FBI about the kids who have been abused and used in a child pornography ring. He learned about it just before he was shot. An evil man known as the Professor is still out there and the task force must find him before he takes more children as his victims.

Every Dark Corner is a well-written suspense. There is plenty of action and intrigue. The characters have all suffered loss either on their jobs or their personal life.

I love that Kate deals with her anxiety by knitting or doing origami.  It wouldn't surprise me if, by the next book, the whole team is knitting. However, don't think she is weak. She is super smart, stubborn, a great shot and very compassionate.

I hope the next character to get a book is either Stone or Diesel.

A complimentary copy was provided by Berkley via Netgalley in exchange for an honest review.
Posted by MrsLeif at 8:15 AM