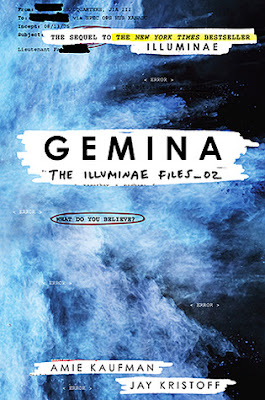 Moving to a space station at the edge of the galaxy was always going to be the death of Hanna’s social life. Nobody said it might actually get her killed.The sci-fi saga that began with the breakout bestseller Illuminae continues on board the Jump Station Heimdall, where two new characters will confront the next wave of the BeiTech assault.Hanna is the station captain’s pampered daughter; Nik the reluctant member of a notorious crime family. But while the pair are struggling with the realities of life aboard the galaxy's most boring space station, little do they know that Kady Grant and the Hypatia are headed right toward Heimdall, carrying news of the Kerenza invasion.When an elite BeiTech strike team invades the station, Hanna and Nik are thrown together to defend their home. But alien predators are picking off the station residents one by one, and a malfunction in the station's wormhole means the space-time continuum might be ripped in two before dinner. Soon Hanna and Nik aren’t just fighting for their own survival; the fate of everyone on the Hypatia—and possibly the known universe—is in their hands.But relax. They've totally got this. They hope.Once again told through a compelling dossier of emails, IMs, classified files, transcripts, and schematics, Gemina raises the stakes of the Illuminae Files, hurling readers into an enthralling new story that will leave them breathless.

First of all, I listened to this book via audiobook and it was AMAZING. Seriously, this was the best audiobook I have ever listened to. It was like listening to an epic movie in my car. It was a mind-blowing experience. I honestly think that is a key reason as to why I loved the book as much as I did. I remember liking Illuminae , especially the characters, but I had a hard time getting into the story because of the formatting. I thought the formatting was unique and interesting, but hard to follow at times. If you felt the same way, then you NEED to listen to the audiobook. It was seriously such a game changer for me. EVERYONE NEEDS TO LISTEN TO THIS AUDIOBOOK. DO IT. NOW.

I would then recommend looking at a physical copy of the book to see some of the illustrations because they were incredible! OKAY, time to actually talk about this book. The plot of this book was absolutely insane. It is almost hard for me to talk about because it was so mind-blowing and spectacular. Just expect a lot of action, science, plot twists, and kick-assery. LOTS of kick-assery. Also, there was a really creepy and suspenseful aspect to this book that I was not expecting. I don't want to spoil any of the phenomenal aspects of this book, but basically, space is scary as s**t. 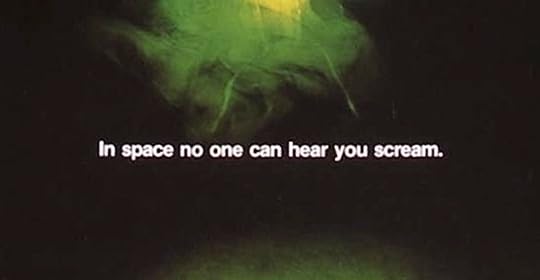 Now, let's talk about the incredible characters that we were introduced to in Gemina . The main female character, Hanna, was a BADASS. The main female character in the previous book, Kady, was more of a computer smart kind of gal. I really loved that about Kady! Hanna was sort of the opposite in that aspect. Hanna was a smart girl, but she was more street smart than book smart. Seriously, Hanna knew how to get herself out of all kinds of situations and kick major ass.I admired everything that she stood for and fought so hard for. Hanna was also hilarious, spunky, and passionate. It was hard NOT to love Hanna. Some of the things Hanna did literally made my jaw drop. Basically, she was an epic character.

^ how I image Hanna looked after all of her badass moments
The other main character of this book was Nik. Oh, how I loved Nik. As soon as Nik was introduced, I knew I was going to fall in love with him. Dark hair, tattoos, bad reputation...what more could a girl ask for, right? ;) I FELL IN LOVE WITH HIM AND HIS BAD BOY SELF. I DON'T CARE WHAT ANYONE HAS TO SAY ABOUT IT.

What I loved about Nik was that on the outside, everything screamed "bad news", but that was not what he was like on the inside. There was SO much more to him then I was every expecting. I think that is why I fell so hard for him. Nik was actually an extremely caring and adorable person! Learning about his past was so eye-opening and interesting. I adored learning more about him and about the events that shaped him into the person that he became. Nik was kind-hearted, brave, sweet, witty, thoughtful, and so much more. He is my precious little Hufflepuff who looks like a meanie but is actually a cinnamon roll. HOW CAN YOU NOT LOVE HIM? HOW?There were also a handful of side characters that we unique and interesting as well! The authors did a great job at creating a loveable cast of characters. This review is getting really long, but I want to quickly talk about the romance. The romance was adorable, swoony, and full of banter. I LOVED IT. Seriously, the romance was great. I was shipping it SO HARD. It might have developed a tad too quickly for some readers, especially compared to the romance in book one. Looking back on it, I agree that the romance in this book might have developed quickly, but while reading it, I had no issues with the romance. I was 100% on board with the romance the entire time I read the book, and I still love the romance now.

SOOOOOOO, this book was awesome! I definitely would recommend this book/series to anyone looking for a new sci-fi novel to sink their teeth into. Seriously, get this (audio) book. HOW AM I SUPPOSE TO SURVIVE THE WAIT FOR BOOK THREE? UGH.5 / 5 Fangs
Posted by MissDaemon at 10:14 AM