Breath of Fire by Amanda Bouchet 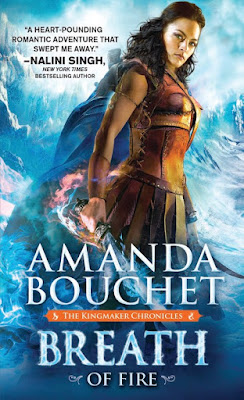 SHE'S DESTINED TO DESTROY THE WORLD…

BUT NOT IF SHE CAN HELP IT

"Cat" Catalia Fisa has been running from her destiny since she could crawl. But now, her newfound loved ones are caught between the shadow of Cat's tortured past and the threat of her world-shattering future. So what's a warrior queen to do when she knows it's her fate to be the harbinger of doom? Everything in her power.

Griffin knows Cat is destined to change the world—for the better. As the realms are descending into all-out war, Cat and Griffin risk sacrificing everything they’ve fought for. Gods willing, they will emerge side-by-side in the heart of their future kingdom...or die trying.

Jocasta looks around the room, her blue eyes narrowed and her lips pursed. “You need a new bed.”

“Really? I hadn’t noticed.” Last night, Griffin and I slept on the thick sheepskin rug in front of the unlit hearth—if sleeping is what you can call what we did for most of the night.

Griffin’s sister snorts. “I wish I could take a sword and beat the stuffing out of something when I’m upset.”

“You can. Here.” I hand her my sword. It’s short, about the length of a man’s arm. The hilt fits my grip perfectly, and the rounded guard is engraved with a decorative pattern of intertwining laurel leaves. I’m thinking about naming it. Swords need names.

“I recommend the bed, but I’m not particularly attached to that table over there.”

Jocasta glances at the upturned table with its irreparably cracked central board. Her dark hair reflects the morning sunbeams streaming through the open window as she approaches what’s left of the bed and then gives the ruined mattress a good whack. Her whole body jars from the impact. She hauls the sword up again and then thumps it back down harder. This time, the blade sticks in the splintered bed frame. By the time she wrestles it out of the wood, she’s panting and half her curls have slipped from their pins.

She shoves her almost blue-black hair out her face. “That was annoying.”

I shrug. “Sometimes that happens in bone.”

Revulsion crosses her face, but instead of setting down the sword, she strikes the bed again like she has something to prove. She keeps going, avoiding what’s left of the frame. Stuffing erupts from the torn-up mattress, and feathers catch in her hair, giving her a savage appearance. With her bright sapphire eyes, flushed face, and a sword in her hand, she looks like a force to be reckoned with.
Since Griffin turned all our chairs into firewood, I stand there, watching with my arms crossed.

“What are you upset about?” I ask.

Jocasta takes a few deep breaths and then props the sword against the wall. “I’m not upset, exactly. I’m restless. The north wall is nearly fixed, and the children don’t especially need my limited expertise in construction to finish the job. The pages have all settled into their roles in the castle. I don’t have any groundbreaking ideas for improvements to the realm. The new healing centers and schools are Egeria’s projects, and she doesn’t need or really even want my help, although I keep offering.” She brushes goose down from the front of her dress, her mouth thinning.

“You’re bored.” I get that. If I weren’t so in love, which is completely new to me, I’d probably be bored, too. As it is, I’m tired of being confined to the castle grounds. I’m used to living mostly out in the open and traveling with the circus. Sometimes, these walls feel like they’re closing in on me.

Jocasta sighs. “Piers is busy recruiting new soldiers, and that’s not exactly my domain anyway. Carver has responsibilities that Griffin trusts him with. You have Beta Team. Father reads or sleeps most of the day. Mother concocts herbal sludge that I can already recite the recipes for forward and backward and use to heal most of the usual ailments. Kaia has her tutor—who’s an old goat, by the way—but besides a few adjustments to court life, I’ve already had my schooling and don’t need to sit in on lessons.”

She eyes my sword like she wants to start bashing things again. “I have nothing to do.”

“Life is different for you now. As a younger sibling in a royal house, you have no real role. And even less freedom.”

She chews on her lower lip, looking annoyed. “I used to be able to go places by myself. Ride a horse. Talk to people. Help them because they knew me and came to me and respected me. Now I’m stuck behind these walls where no one really needs me.”

“There are days I feel trapped, too,” I say. “But there are worse prisons than this.”

“Yes, but everyone needs you. Especially Griffin.” Scowling, Jocasta kicks a piece of wood across the room—debris from Griffin’s rampage.

“Sintans should see their new royals. They were nothing but welcoming on our way north last spring. I asked if I could travel the realm, with a large guard, of course, but Griffin won’t let me. He says it’s too dangerous.”

Her eyes flash a fierce blue. “You, too? I thought you’d understand.”

“I do understand. But the realms are entering into a Power Bid now. Fisa is a shadow over us all. Tarvan snakes are rattling their tails. They’ve attacked us twice, and the last time Griffin nearly died. What do you think they’d do if they got their hands on you?”

In her silence, I answer for her. “They’d tear apart everyone you love as they came for you, and then they’d tear you apart, too.”

“Then I should learn to defend myself!” She starts pacing, her fluid prowling reminding me of a certain Sintan warlord I know.

“Teach me to fight, Cat. Make me less of a liability. Then maybe I can have some freedom.” 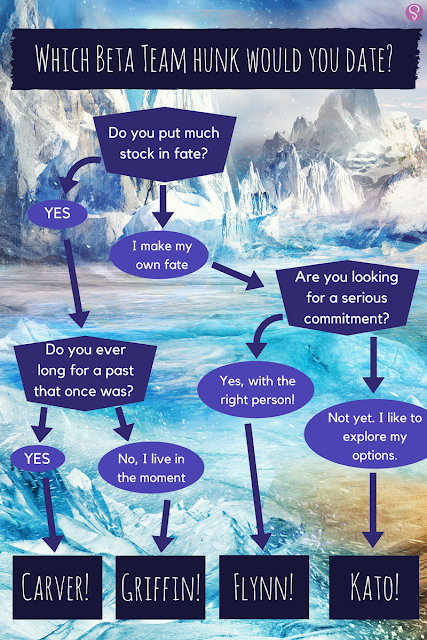 A note to readers of The Kingmaker Chronicles from Amanda:

Breath of Fire comes out on January 3rd and I couldn’t be more excited about it! I hope that readers who met Cat and Griffin and followed their exploits in A Promise of Fire will be looking forward to this second installment in The Kingmaker Chronicles, and I hope that new readers will be interested in giving this fantasy romance trilogy a try. The story picks up right where A Promise of Fire left off and with a shocking moment of truth: Cat’s secrets are finally revealed to all. But with the cat out of the bag (pun definitely intended!), important plans can now form to move Thalyria toward unification under Cat and Griffin’s joint rule—plans that will certainly keep Beta Team on their toes. But while Cat’s violent past and lingering self-doubt still haunt her on a deep level, Griffin won’t let her back down from the fate she’d love to avoid. As Griffin propels her toward her inevitable destiny and Cat tries to come to terms with the prophecy that’s haunted her for eight years, readers can expect plenty of adventure and danger, more of Cat’s smart-mouthed humor, exciting Beta Team moments, and a romance that heats up to positively scorching levels. Friendships solidify into unshakable bonds, and perilous quests lead the members of Beta Team into uncharted territory where monsters, magic, and mayhem abound. With Breath of Fire, I hope that readers get swept away and caught up in the emotion and adventure as Cat and Griffin try to navigate their developing and intensely passionate relationship while also taking on the daunting and dangerous task of conquering the world. But most of all, I hope you simply enjoy the book! 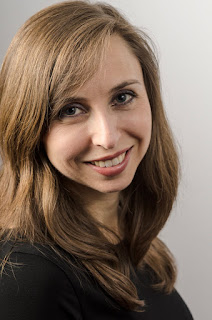 Award-winning author Amanda Bouchet grew up in New England and studied French at the undergraduate and graduate levels, first at Bowdoin College and then at Bowling Green State University. She moved to Paris, France in 2001 and has been there ever since. She met her husband while studying abroad, and the family now includes two bilingual children, who will soon be correcting her French.

Win one of ten copies of A Promise of Fire by Amanda Bouchet, the first book in her The Kingmaker Chronicles series, plus a signed bookplate!