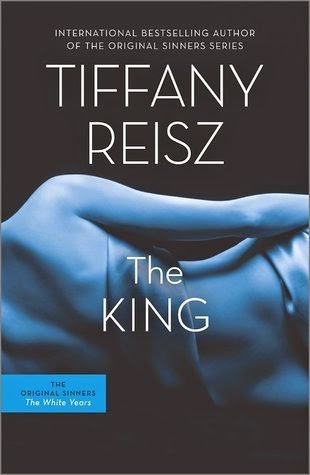 The King by Tiffany Reisz

The club becomes Kingsley's obsession—and he's enlisted some tough-as-nails help. His new assistant Sam is smart, secretive and totally immune to seduction (by men, at least). She and Kingsley make a wicked team. Still, their combined—and considerable—expertise in domination can't subdue the man who would kill their dream. The enigmatic Reverend Fuller won't rest until King's dream is destroyed. It's one man's sacred mission against another's…. 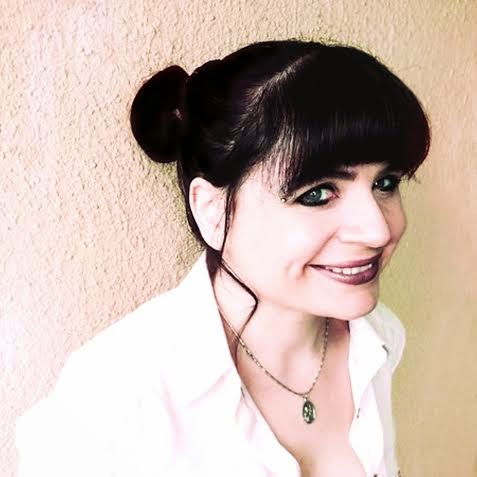 Tiffany Reisz is the author of the internationally bestselling and award-winning Original Sinners series for Mira Books (Harlequin/Mills & Boon). Tiffany's books inhabit a sexy shadowy world where romance, erotica and literature meet and do immoral and possibly illegal things to each other. She describes her genre as "literary friction," a term she stole from her main character, who gets in trouble almost as often as the author herself.
She lives in Portland, Oregon. If she couldn't write, she would die.

Excerpt from The King:
“How much trouble am I in for getting out of the car without permission?” Kingsley asked.

“None,” Søren said, and Kingsley was wildly disappointed. “Let’s go. We can make it back to school by tonight.”

Kingsley followed him back to the car. The driver opened the door for them. When they were alone again, Kingsley said, “Or…”

“Or we could find a hotel and fuck in a real bed for once.”

“We’re not on a date. And here I was wondering where the real Kingsley had gone.”

“What do you mean?” he asked as the driver opened the car door for them. He slipped inside and Søren followed. They were on the road again before Søren answered.

“When you were with Claire—I wasn’t sure you were the same Kingsley I know and barely tolerate.”

“You were good with her.”

“Kids are fun,” he said. What else was there to say?

“Nothing,” Søren said, laughing to himself. “Nothing at all.”

“I know you see me as some kind of pervert,” Kingsley said. “But believe or not, I am a human being. Yes, I like kids. I might want kids someday. I don’t have much of a family anymore. If I want a family I’ll have to make my own. Sometimes I have thoughts that don’t have anything to do with sex. I’m not just your toy, you know. I have feelings and—”

His impassioned “I have feelings” speech ended abruptly when Søren grabbed him hard by the back of the hair and brought his mouth down in a brutal kiss. Kingsley almost pulled away so he could finish his tirade before realizing he wanted the kiss so much more than the fight.

Kingsley returned the kiss with equal and greater passion. Søren yanked Kingsley’s jacket off him and threw it on the floorboard. Kingsley pulled his own shirt off and rolled on to his back on the bench seat. He’d remember the sensation of leather on his bare back all his life.

“Have you ever had sex in the back of a Rolls Royce?” Kingsley asked, trying not to rip Søren’s shirt in his rush to unbutton it. He needed Søren’s skin on his skin right now.

Before Kingsley could respond to that, Søren grabbed his wrists, pinned them over Kingsley’s head and kissed him again—deeper, slower, but no less punitive. Kingsley groaned, and Søren slapped a hand over his mouth.

“Quiet,” Søren said into Kingsley’s ear. “We aren’t alone, and I’ll gag you until you choke if I have to. Understand?”

Kingsley nodded against Søren’s hand. A curtain and partition separated them from the driver. He couldn’t see them, but if they were loud enough, he could hear them. He’d disobeyed Søren’s orders to stay in the car, he’d yelled at him and talked back. He was going to get it this time.

Søren kissed him again. Kingsley kept his sounds of pleasure to a minimum even when Søren reached between their bodies, unzipped Kingsley’s pants, and stroked him hard. Every muscle in Kingsley’s stomach tightened. He sucked in his breath sharply from the shock of pleasure. It took every bit of self-control not to moan audibly.

“God, yes, so much,” Kingsley said, lifting his hips against Søren’s hand. He spoke in French and English. He was about to lose control of more than his language skills if Søren didn’t stop touching him like that.

“I think you like it too much.” Søren rose up on his knees and looked down at Kingsley.

“You’re pathetic when you’re turned on.”

“I am so pathetic right now.”


Giveaway
a Rafflecopter giveaway
Posted by MrsAlcide at 9:29 PM