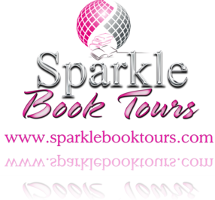 When Samantha Ricketts finds herself placed in a town half-way across the country, her only worry is how did she get there, but when her life is saved by a handsome and mysterious man, the connection they feel is almost more than she can stand. Zander Smith was only acting on his instincts and training when he moved the dark-haired woman to safety but what he got from his heroics wasn't the distressed woman he had thought he was helping but a fireball of fury that sparked a storm within himself. Together they tap into the supernatural to uncover the mysteries surrounding the strange town they were slowly growing fond of before they became part of its history.

The Green Mountains of Vermont is a wonderland of picturesque valleys and hills, a landscape of fields and small towns that are hidden treasures. However, they can also hide many secrets. Burke Flats, located in the upper right hand corner of the state, the Northeast Kingdom, has many skeletons in its closet. Lieutenant Will Stiles and his group of men, the S.P.I.R.I.T. team, are called in to investigate the strange happenings around the marshlands of Burke Flats. For generations the marshes have been a place of ghostly lore, disappearances, and strange deaths. Anna and Blake call the Flats home, but when the deaths begin to pick up in numbers they are more than happy to have the help of the military’s new elite. Will having the S.P.I.R.I.T. team so close open up a world of evil that they aren’t prepared for? Can a member of a different unit help spread some light on the subject? Join Anna, Blake, Will, and his team in a fight against a stronger malevolent presence than anyone ever expected.

In the quiet Northeast Kingdom town of Aldenville, surrounded by beautiful mountains and a lake that crosses borders, something is amiss. Construction begins in the midst of protest, which only escalates when the remains of an ancient skeleton is found. Suddenly, the ground opens up to reveal a hidden cavern below the town itself. Special Agent Scott Embry of the S.P.I.R.I.T unit is flown in from Washington when the leader of the dig site goes missing. Their only witness, her best friend, Peighton Weak, is a Speleologist who was brought in to lead the team of cave divers. Their plan is to go down into the depth of the darkness to explore the strange writings that cover the dig site and bring about the mysterious beginnings of Aldenville. Along with the help of Evan Reed, a peculiar man himself, the team begins to uncover the secret beginnings of Aldenville and its hidden demons, some which span over five centuries.

My playlist for writing is usually soundtracks and instrumental music.
Pirates of the Caribbean
Harry Potter
Dungeons and Dragons
Trans-Siberian Orchestra
and Pandora on random/shuffle

SAMANTHA RICKETTS: 25-30 long hair, dark, feisty. Sam grew up in a haunted house being able to hear ghosts that her father (a scientist) help conjure up and capture. They torment her for her whole childhood and she finally breaks free of them become a mythology tutor. She wakes up to find herself in the field of a church which blows up and she is rescued by Zander but doesn’t let her guard down. Lieutenant Zander Smith: 25-30 dark hair, military man. Zander can see ghosts and uses his ability to help the military team find and destroy the ghouls that they trace. He is fascinated by Samantha when he finds her on the field. He has had run ins with the ghost in the old house that she used to live in and find s that he is very protective of her and very attached.

ANNA NEUVILLE had lived in Burke Flats most of her youth, had seen the comings and goings of the strange little town, but for her there was nothing magical about the place. Scary, dark, secretive, and definitely a place of unrest-those were the words that she would use to describe how she felt about her home in the mountains. That was until she met William Stiles. FIRST LIEUTENANT WILLIAM STILES never liked being so close to any hot spot. Something in Burke Flats wasn't just hot, it was steaming, especially out by the marsh. He was a strong-headed lifer; there was no way he was getting out of the service anytime soon. He had entered straight from high school and moved up the ranks quickly, gaining a college education and taking command in Iraq several times. He had a Master's in Homeland Security and a Bachelor's in Strategic Leadership. He had never questioned his abilities until Anna stepped into his life.

PEIGHTON WEAK She was the one that Dell always called in. There was nothing that Peighton couldn’t figure out when she’s put in the right situation. Having witnessed Dell’s death, Peighton set out to solve the mystery that surrounded Aldenville, and she had Scott by her side to do it. Peighton came with the highest recommendations in her field, and Dell always requested her when she stumbled on the black hole. She is an expert at dry cave diving and anthropology. SPECIAL AGENT SCOTT EMBRY Embry was an ex-Special Ops, if anyone could ever be one, who transferred to the FBI’s special new division after his medical discharge. It was strange to step into a world outside his own after living in the military ranks for so long, but at the same time he had seen some things on his tours that brought the rest of the “known” world collapsing down on him. The S.P.I.R.I.T. division of the FBI was a bit different than the military units deployed around the country. Most of the agents he knew were the first in after everything was cleared and taken care of, but with Embry and his canine companion, they seemed to be the ones that stepped in just as everything came to a boil and things weren’t looking good for the unit members. 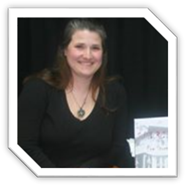 Being raised in both the Northeast corner of Vermont and one of the larger cities in Massachusetts has given Dawn, a divorced mother of three, the unique ability to mix the spookiness of a small town ghost story with the fast pace action of city life. Island Pond, Vermont was every child's wonderland, with looming mountains and small towns nestled in the valleys, its simple lifestyle gave Ms. Gray the ability to let her imagination run wild, thus creating her unique style of writing, where the stories speak for themselves. Big city living, in her teenage years to the present allowed her to harvest that energy and creativeness to bring to life some of the most unique characters, such as Michael Raven and Julian Deveraux. Although Vampires are her most used basis for characters and settings, Ms. Gray's novels also venture into those of other supernatural realms, with ghosts, witchcraft and werewolves coming into play in several of her upcoming manuscripts.