Cover Reveal
Where the Road Takes Me by Jay McLean 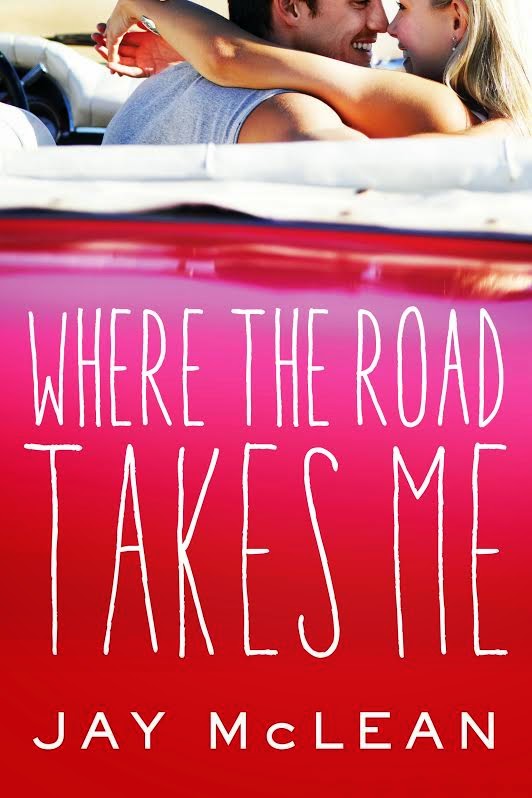 Where the Road Takes Me
Release date: FEBRUARY 10TH

Chloe has one plan for the future, and one plan only: the road. She’s made a promise to herself: don’t let anyone in, and don’t let anyone love her. She’s learned the hard way what happens if she breaks her rules. So she’s focused on being invisible and waiting until she can set out on the road—her dream of freedom, at least for a little while.
Blake Hunter is a basketball star who has it all—everything about him looks perfect to those on the other side of his protective walls. He can’t let anyone see the shattered pieces behind the flawless facade or else all his hopes and dreams will disappear.
One dark night throws Chloe and Blake together, changing everything for Blake. For Chloe, nothing changes: she has the road, and she’s focused on it. But when the so-called perfect boy starts to notice the invisible girl, they discover that sometimes with love, no one knows where the road may lead.

Jay McLean is the author of the More Series, including More Than This, More Than Her, More Than Him and soon to be released, More Than Forever. She also has two standalones coming soon titled The Road, and Combative. Jay is an avid reader, writer, and most of all, procrastinator. When she's not doing any of those things, she can be found running after her two little boys, or devouring some tacky reality TV show. She writes what she loves to read, which are books that can make her laugh, make her smile, make her hurt, and make her feel.

Email ThisBlogThis!Share to TwitterShare to FacebookShare to Pinterest
Labels: Review Jay McLean, Where the Road Takes Me