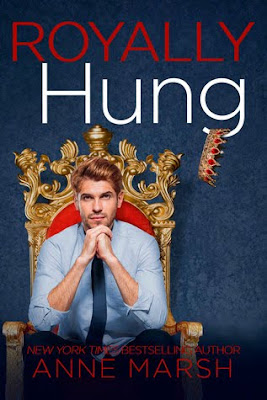 Fairy tales always have a Prince Charming and a bad guy. In real life, Prince Charming is the bad guy and his favorite happy ending is the big O.I'm Prince Dare but you can call me Prince Charming. Cinderella never wanted the prince--she wanted a night out, a banging dress, and some midnight fun. I deliver that. I make being bad look way more fun than being good, and no one leaves my royal bed without a happy ending. When my uncle, the reigning king of Vale, orders me to marry and offers to make me the heir to the throne, I'm thrown for a loop. I'm the spare, the extra, the free gift with purchase. I can't be the hero and I won't be the villain who knocks his brother off the throne, so I've come up with an evil plan of my own... I'll marry someone completely unsuitable to take myself out of the running. The only problem? My suitably unroyal bride is far too tempting to resist--Edee is funny, sweet, and sexy. And best of all, she's American. It's a great plan. Everything's working out just fine until reality starts to intrude on my fantasy and for the first time ever, I wish fairy tales did come true.

Since I am obsessed with royals (hello, THE ROYAL WEDDING WAS EVERYTHING!!!!), I was really excited to get my hands on a romance with a prince! However, I am sad that this book just did not work for me even though I wanted to love it. The dialogue of this book felt odd to me. Each character seemed to just try and pump out one-liners, which lead to the dialogue feelings shallow and unnatural. I appreciated the humor in some of those lines, but they still came off as awkward. Also, the "4th wall" was constantly broken in this book, which always threw me for a loop. I haven't read a book that has done that before, so it was a little jarring and hard to get used to. The main female character was a witty and fun character! She was my favorite thing about this book! Sadly, I was disappointed with the main male character. He was quite the womanizer and charmer, which I was okay with at first. However, as the book went on, he just continued to seem like a self-absorbed jerk. He did have growth by the end of the book, but I still wasn't his biggest fan.If you are a fan of romance stories involving royals, then you might want to check this book out! However, this was a book that did not work for me. 2 / 5 Fangs*This ebook was given to me in exchange for an honest review. *
Posted by MissDaemon at 9:42 AM