The Visitors by Catherine Burns 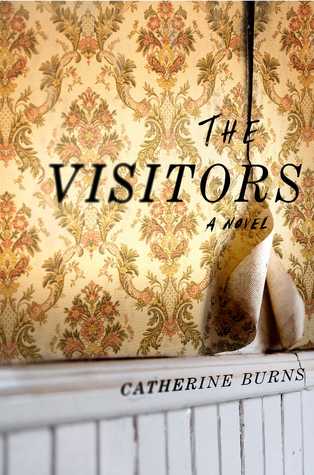 Marion Zetland lives with her domineering older brother, John in a decaying Georgian townhouse on the edge of a northern seaside resort. A timid spinster in her fifties who still sleeps with teddy bears, Marion does her best to shut out the shocking secret that John keeps in the cellar.

Until, suddenly, John has a heart attack and Marion is forced to go down to the cellar herself and face the gruesome truth that her brother has kept hidden.

As questions are asked and secrets unravel, maybe John isn't the only one with a dark side.

Sadly, I have to give The Visitors a 2-star review.

This book just wasn't for me. The narrative was slow to the point that I felt like it was dragging. It was only during the last 25% that I found myself enjoying it.

The Visitors narrates the story of Marion Zetland, a spinster woman in her fifties. She lives at her family house with her brother John. From the beginning, you can tell that Marion's situation is less than ideal. She grew up without love from her parents. She was told she wasn't beautiful and that she was fat. She also never got a good education despite attending different schools. She was teased, bullied and called names due to her physical appearance and her child-like brain. As an adult, she lives sequestered in her own home. She prefers to stay in and watch TV and eat whatever she wants. Cleaning, answering the door, talking to strangers causes her severe anxiety. But, nothing is worse than thinking about the "visitors" in her basement. Her brother John is abusive to her and she tries not to anger him. Over the years, he has had female "visitors" who never leave their home. From time to time, she can hear them but it's easier to deny herself the truth.

It was hard to like Marion as the main character. We are told by her voice, her past as a child, teenager, and adult. Most of the time, she's feeling miserable about herself and her life. She had almost no redeeming qualities which made it very hard for me to root for her. John's character was very disturbing but didn't cause me to fear for Marion. I would've like to know more about the actual Visitors instead, I got just a tiny glimpse of them.

If you prefer a slow narrative with very little suspense this book is for you. If you are looking for a thriller, I have to tell you to look somewhere else instead.


A complimentary copy was provided by Gallery via Netgalley in exchange for an honest review.
Posted by MrsLeif at 7:30 AM