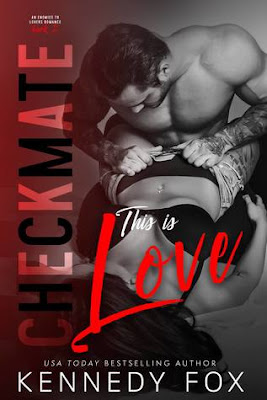 Viola Fisher is the epitome of perfection.


She despises my one-night stands and mocks my less-than-classy habits.
She’s smart, beautiful, and too good to be true.
And I want her.


If she were anyone else, I’d have made my move years ago, but considering she’s my best friend’s little sister, she’s always been off-limits. Not to mention how much she loathes my very existence.

Hating me is her religion, but needing her is mine. Her sexy curves and filthy smart mouth make me want her even more, and I’m more determined than ever to change her mind.

I’ll prove I’m done playing games.
But until then, we’ll continue to play by her rules.
Viola Fisher may have won the battle, but the war isn’t over yet.

Of course Viola sort of goes back to her old ways of not completely trusting Travis and it strains their relationship, but also Travis isn't completely open with Viola or Drew so he doesn't help the situation AT ALL! When Viola is off putting her diploma to good use Travis is hell bent on staying true to her and it. was. so. SWEET! I just love how he finally got his act together and basically grew up and became a man, because that's what Viola needs. She doesn't need a player, or a guy who thinks he loves her, or a guy who loves her but doesn't keep her in the loop to "protect" her, she needs a real man who will go the distance with her and FINALLY that's what Travis grows into. He was patient and kind, stable and sweet, all while being super duper sexy!

All of the sizzle is still there and even more passionate if that's even possible. Traviola is one of those couples that is so in tune with each other it's just sick, but also utter perfection! This series should be read because you will be in for a wild ride! This is one of those books that filled with characters that you'll want to pick up and revisit again and again. There are so many up and downs, but through it all I was rooting for a true HEA and I was not disappointed!