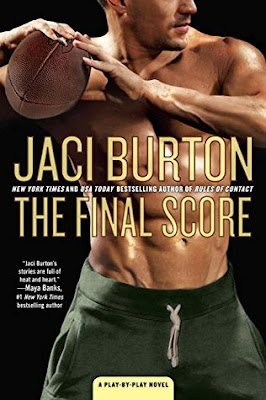 In the new Play-by-Play novel by the New York Times bestselling author of Rules of Contact, a star quarterback is torn between his love of the game--and the woman who may be the love of his life. Nathan Riley is ready to follow in the footsteps of his famous football player father. He's been drafted as quarterback for his dad's former team, and his future is bright. When his friend Mia Cassidy moves to the same city, their years-long friendship suddenly sparks hot, reminding him of the one night they had together in college that he can never forget.Like Nathan, Mia is from a sports dynasty family and embarking on an incredible new career--as founder of her own sports management company. Her friendship with Nathan means everything to her, and tossing sex into the mix again could jeopardize it. But the chemistry between them has always sizzled, and it isn't long before Mia realizes she wants more with Nathan than just late-night talks and pizza.Passion has a funny way of changing the rules, and soon Nathan and Mia discover that to win it all, they'll have to make an unexpected play for love.

Jaci Burton never disappoints with contemporary romances! Even though she has written so many romance novels, they never feel repetitive or boring. The Final Score had plenty of humor, steamy moments, and swoons. Those elements combined with lovable characters made for one memorable book!The two main characters were both well-written characters. Nathan was a talented football player who never was arrogant, cocky, or narcissistic about his talents. For being so well known, Nathan never let it go to his head. He was such a down to earth, understanding, and kind man. He had his insecurities and it was nice to see those addressed throughout the story. Mia was a strong, smart, and considerate woman. I loved how much of a go-getter she was and how she didn't get down on herself in a male dominated industry. My only issue with Mia was her lack of communication with Nathan and how she struggled with her romantic feelings. I was hoping she would have been more open to accepting her feelings, but I was happy when she finally opened her eyes and accepted her growing feelings. I really liked the romance aspect of this book. Mia and Nathan made a great couple because of their past friendship, the way they understood each other, and their chemistry. I really liked that they were friends first and then developed their romantic relationship. Their romance felt extremely real and well paced. They had insane sexual chemistry and hilarious banter! They supported each other in every way possible and it warmed my heart. One thing I always like about Burton's books is that she always makes sure to include the family and friends of the main characters. This book, just like Burton's other books, didn't forget about the other people in the main characters' lives. I loved getting to know Mia and Nathan's families and watching them all interact. Overall, this was a fun and charming contemporary romance. If you are a fan of sports romances or of Burton's other books, then you won't want to pass this book up! 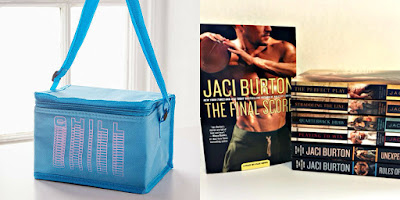