What is the RITA Award?

The purpose of the RITA award is to promote excellence in the romance genre by recognizing outstanding published romance novels and novellas.

The award itself is a golden statuette named after RWA's first president, Rita Clay Estrada, and has become the symbol for excellence in published romance fiction.

For more about the RITA Award, click here: https://www.rwa.org/p/cm/ld/fid=528 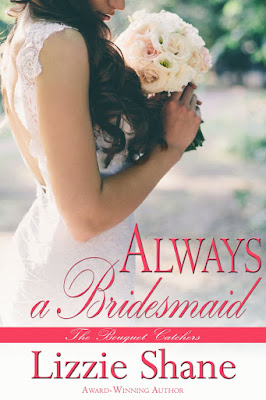 Parvati Jai knows better than to pin any romantic hopes on Max Dewitt. She may have had a crush on her best friend's older brother since she figured out what boys were good for, but she's looking for Mister Forever - not a workaholic entrepreneur with a romantic attention span that tops out at two weeks. Yet with her business failing, her newly-engaged best friend vanishing into a love bubble, and even her teenage niece announcing she's getting married, Max becomes the one person she can rely on—and the idea of a little fling with him becomes even more tempting.

Max knows his little sister's best friend is off-limits...until Parvati confesses she once had a crush on him and he can't help seeing her in a new - and very intriguing - light. He's never been good at letting people past his charming facade, but something about Parvati makes him want to let down his defenses.
But even if he lets himself fall for her, how can he convince a woman who knows all about his love-'em-and-leave-'em ways that he finally wants forever? 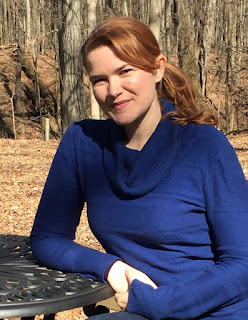 About Lizzie Shane
Lizzie Shane is a Golden Heart-winning and 3-Time RITA-Nominated author of contemporary romance. She lives in Alaska and uses the long winter nights to craft more happily-ever-afters. For more about her books, visit www.lizzieshane.com. 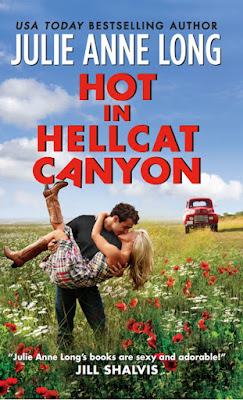 A broken truck, a broken career, and a breakup heard around the world land superstar John Tennessee McCord in Hellcat Canyon. Legend has it that hearts come in two colors there: gold or black. And that you can find whatever you’re looking for, whether it’s love . . . or trouble. JT may have found both in waitress Britt Langley.

His looks might cause whiplash and weak knees, but Britt sees past JT’s rough edge and sexy drawl to a person a lot like her: in need of the kind of comfort best given hot and quick, with clothes off and the lights out.

Her wit is sharp but her eyes and heart—not to mention the rest of her—are soft, and JT is falling hard. But Britt has a secret as dark as the hills, and JT’s past is poised to invade their present. It’s up to the people of Hellcat Canyon to help make sure their future includes a happily ever after. 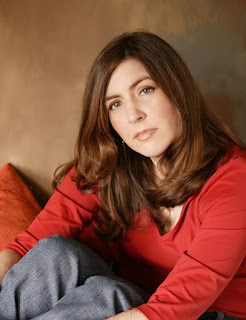 About Julie Anne Long
USA Today bestselling author Julie Anne Long originally set out to be a rock star when she grew up (and she has the guitars and fringed clothing stuffed in the back of her closet to prove it), but writing was always her first love. Since hanging up her guitar for the computer keyboard, Julie has penned books that frequently top reader and critic polls and have been nominated for numerous awards, including the RITA®, Romantic Times Reviewer's Choice, and the Quill, and reviewers have been known to use words like "dazzling," "brilliant," and "impossible to put down" when describing them. Julie lives in Northern California. 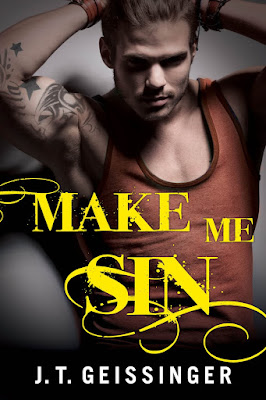 Chloe Carmichael’s life feels pretty sweet—she’s both maid of honor and florist for her best friend’s A-list wedding, things are getting serious with her boyfriend, and her flower shop is about to get a spread in a national magazine. But it all quickly turns sour whenever the best man, Bad Habit drummer A.J. Edwards, shows his face…his handsome, unforgettable face. A.J. is everything Chloe doesn’t want: tattooed, selfish, and all-around bad news. So why can’t she stop thinking about him?

Goody two-shoes Chloe isn’t exactly A.J.’s type, either, but the chemistry between them is undeniable. A.J. will be the first to say he isn’t a saint, but there’s something he’s not saying—something that would devastate Chloe. The only way he can protect her is to push her away, but the drummer finds he needs her now more than ever. When a wedding-day confrontation reveals secrets they’re both hiding, will Chloe and A.J. ever find their rhythm again? 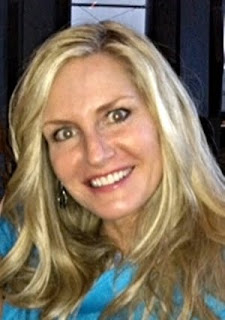 About J. T. Geissinger
J.T. Geissinger is the bestselling and award-winning author of contemporary romance, paranormal romance, and romantic suspense. So far, she’s received the Prism Award for Best First Book and the Golden Quill Award for Best Paranormal/Urban Fantasy and was a finalist for the prestigious RITA Award from the Romance Writers of America. J.T. has also been a finalist for the Booksellers’ Best, National Readers’ Choice, and Daphne du Maurier Awards.

As both an admitted bookaholic and lover of wine, J.T.’s idea of heaven is reading undisturbed in the bathtub with a glass of Syrah. Check out her website, www.JTGeissinger.com, or join her Facebook reader’s group, Geissinger’s Gang, for the chance to take part in live chats, contests, and giveaways, and to get more information about her works in progress and advance reader copies. 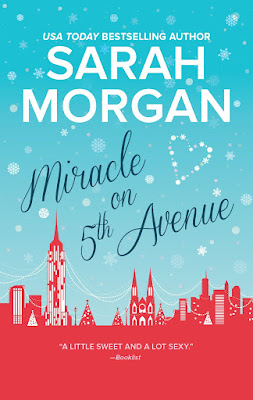 Hopeless romantic Eva Jordan loves everything about Christmas. She might be spending the holidays alone this year, but when she's given an opportunity to house-sit a spectacular penthouse on Fifth Avenue, she leaps at the chance. What better place to celebrate than in snow-kissed Manhattan? What she didn't expect was to find the penthouse still occupied by its gorgeous—and mysterious—owner.

Bestselling crime writer Lucas Blade is having the nightmare before Christmas. With a deadline and the anniversary of his wife's death looming, he's isolated himself in his penthouse with only his grief for company. He wants no interruptions, no decorations and he certainly doesn't appreciate being distracted by his beautiful, bubbly new housekeeper. But when the blizzard of the century leaves Eva snowbound in his apartment, Lucas starts to open up to the magic she brings…This Christmas, is Lucas finally ready to trust that happily-ever-afters do exist? 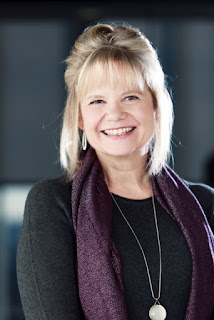 About Sarah Morgan
USA Today bestselling author Sarah Morgan writes lively, sexy contemporary stories for Harlequin.  Romantic Times has described her as 'a magician with words' and nominated her books for their Reviewer's Choice Awards and their 'Top Pick' slot. In 2012 Sarah received the prestigious RITA® Award from the Romance Writers of America. She lives near London with her family. Find out more at www.sararahmorgan.com 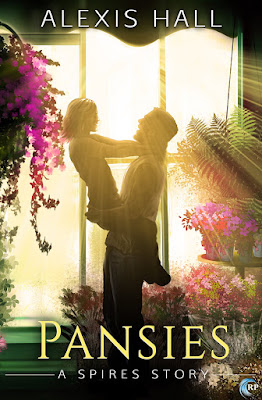 Alfie Bell is . . . fine. He’s got a six-figure salary, a penthouse in Canary Wharf, the car he swore he’d buy when he was eighteen, and a bunch of fancy London friends.

It’s rough, though, going back to South Shields now that they all know he’s a fully paid-up pansy. It’s the last place he’s expecting to pull. But Fen’s gorgeous, with his pink-tipped hair and hipster glasses, full of the sort of courage Alfie’s never had. It should be a one-night thing, but Alfie hasn't met anyone like Fen before.

Except he has. At school, when Alfie was everything he was supposed to be, and Fen was the stubborn little gay boy who wouldn’t keep his head down. And now it’s a proper mess: Fen might have slept with Alfie, but he’ll probably never forgive him, and Fen’s got all this other stuff going on anyway, with his mam and her flower shop and the life he left down south.

Alfie just wants to make it right. But how can he, when all they’ve got in common is the nowhere town they both ran away from. 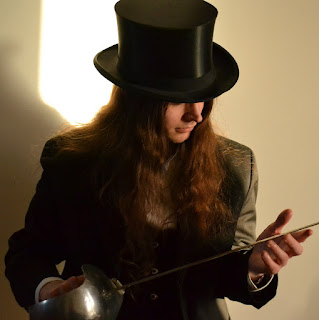 About Alexis Hall
Alexis Hall was born in the early 1980s and still thinks the 21st century is the future. To this day, he feels cheated that he lived through a fin de siècle but inexplicably failed to drink a single glass of absinthe, dance with a single courtesan, or stay in a single garret.

He did the Oxbridge thing sometime in the 2000s and failed to learn anything of substance. He has had many jobs, including ice cream maker, fortune teller, lab technician, and professional gambler. He was fired from most of them.

He can neither cook nor sing, but he can handle a 17th century smallsword, punts from the proper end, and knows how to hotwire a car.

He lives in southeast England, with no cats and no children, and fully intends to keep it that way. 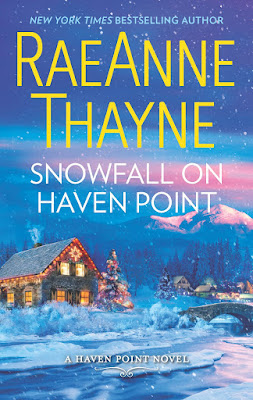 It's been two rough years since Andrea Montgomery lost her husband, and all she wants is for her children to enjoy their first Christmas in Haven Point. But then Andie's friend asks a favor—to keep an eye on her brother, Sheriff Marshall Bailey, who's recovering from a hit and run. Andie will do anything for Wyn, even park her own misgivings to check on her grouchy, wounded bear of a brother.

Marshall hates feeling defenseless and resents the protective impulses that Andie brings out in him. But when a blizzard forces them together for the holidays, something in Marshall begins to thaw. Andie's gentle nature is a salve, and her kids' excitement for the holidays makes him forget why he never wanted a family. If only he and Andie can admit what they really want—each other—their Christmas wishes might come true after all. 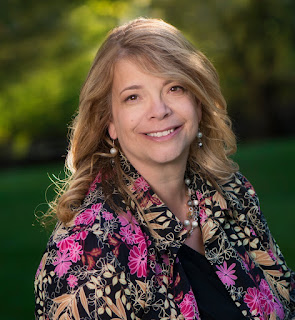 About RaeAnne Thayne
New York Times bestselling author RaeAnne Thayne finds inspiration in the beautiful northern Utah mountains where she lives with her family. Her books have won numerous honors, including six RITA Award nominations from Romance Writers of America and Career Achievement and Romance Pioneer awards from RT Book Reviews. She loves to hear from readers and can be reached through her website at www.raeannethayne.com. 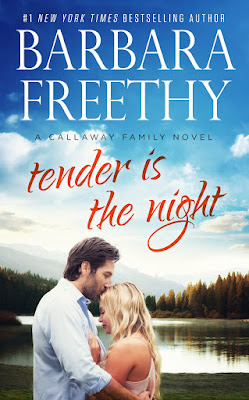 FBI agent Kate Callaway is on her way to San Francisco for a family wedding when her boss asks her to make a side trip to deliver an important message to a rogue ex-agent.

Devin Scott wanted FBI resources to find a serial killer who is believed to be dead. Instead, he gets a newly minted agent who is a beautiful, idealistic and irritating distraction. He wants her to walk away, and she knows she should go…but she can’t.

Suddenly, Kate is caught up in a cold-case mystery and the arms of a dangerously sexy man, whose obsession with truth and justice could put not only his life on the line but also hers. 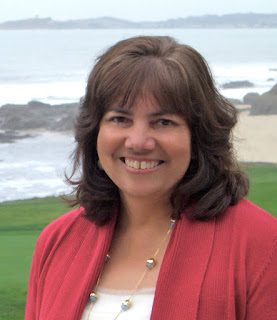 About Barbara Freethy
Barbara Freethy is a #1 New York Times Bestselling Author of 48 novels ranging from contemporary romance to romantic suspense and women's fiction. Traditionally published for many years, Barbara opened her own publishing company in 2011 and has since sold over 5.6 million copies of her books. Nineteen of her titles have appeared on the New York Times and USA Today Bestseller Lists. In July of 2014, Barbara was named the Amazon KDP (Kindle Direct Publishing) Bestselling Author of ALL TIME! She was also the first Indie Author to sell over 1 million copies at both Barnes and Noble and Amazon.

An author known for writing emotional stories about ordinary people caught up in extraordinary situations, Barbara has received starred reviews from Publishers' Weekly and Library Journal and has also received six nominations for the RITA for Best Single Title Contemporary Romance from Romance Writers of America. She has won the honor twice for her novels Daniel's Gift and The Way Back Home. Barbara recently launched a new contemporary series, The Callaways, featuring a family born to "serve and protect". For more information, visit Barbara's website at www.barbarafreethy.com

For a full list of RITA finalists, readers can go to https://www.rwa.org/page/2017-finalists

The RITA Award Ceremony will be held July 27, 7 p.m. at the Walt Disney World Dolphin Resort during the Romance Writers of America National Conference. Readers can follow RWA on the following social media platforms for winner announcements:

The RITA Ceremony will be streamed live for people to watch from home! Readers can watch from 7 to 9 p.m. ET on July 27 by going to www.rwa.org.