Meet Me Under The Stars by KD Proctor

Meet Me Under the Stars

When ratings for her popular DIY show start to circle the drain after the sudden death of her sister, Charlotte “Charlie” Conti has only one mission—to plan a comeback. But her sister had other plans. As part of the will, Charlie must work with *him* to create a memorial scholarship in her sister’s memory. The same *him* Charlie fell in love with three years ago while working at a summer camp. The same *him* she dumped, to protect his heart.

Sexy, British player, Nate Walsh, has sixty days to find a new job or he’ll be deported back to England where he’s no longer welcome. He doesn’t have time to work on a memorial scholarship with *her*. The same *her* who shattered his heart without explanation or warning. The same *her* he’s never gotten over. Unable to agree on the specifics of the scholarship, Nate and Charlie challenge each other to a winner-takes-all competition. They both know the only way to win is to turn up the heat and tempt one another with the one thing they both want: each other. But as sparks fly, their true feelings resurface. Nate and Charlie must decide if their love is worth the effort and if they can overcome their disastrous past mistakes to spend forever together. 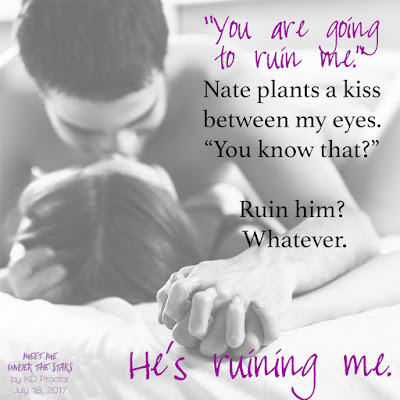 “How are you enjoying this Colorado weather?”

“Please, call me Charlie.” I give my sister’s lawyer a weak smile as we shake hands. “I’ll take late August in Colorado over late August in South Carolina any day.”

He chuckles. “We’ll get started in a few minutes. We’re just waiting on one other person.”

He turns his attention to a folder in his hand.

My mind spins. Another person? There can only one option: my father. We’ve barely talked since Gwen’s funeral. Then again, given that he’s top brass at the Pentagon and always on some Navy assignment, he’s never known how to talk to me. He left the parenting to my mother. And Gwen.

“Ian?” The same receptionist who showed me to the conference room sticks her head around the door. “Nate Walsh is here.”

All of that frozen coffee goodness I’ve been snarfing down bubbles in my stomach like popping a Mentos into a bottle of Diet Coke. I take it back. My father isn’t the only option.

“Great! Charlie, I’ll be right back.” Ian slips out of the conference room. I’m completely frozen in place. My mouth is bone-dry, and all I want to do is crawl under the table and curl into a ball.

I saw Nate for about ten minutes total at Gwen’s funeral, but we didn’t cross paths or even mutter one word to each other. Not like I’d expect him to stay put long enough for me to even say “hi.” Not since I became that person. The one who ended our relationship by conveniently missing a flight to Colorado for his fraternity’s homecoming formal. I stopped calling. Texting. Blocked him on every bit of social media. Broke both of our hearts.

Now and again—usually when I’ve had too much wine and I’m feeling lonely—I think about sending him a text.

Then I remember my mom. And now Gwen.

Their funerals are sharp reminders why we can’t be together. 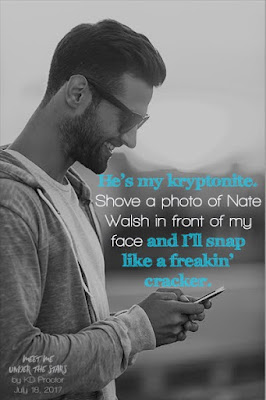 KD Proctor loved college so much that when it came time to graduate, she didn’t want to leave. Trading in her textbooks for student handbooks and policy manuals, she began a career in College Student Personnel and she fulfilled her wish to stay on a college campus forever. She always joked that one day she’d write a book about college students, never expecting that to come true! KD lives in West Central, Minnesota with her husband and fur-kids. She likes to write fun twists on the usual tropes that we all love. Her characters are smart, funny, and always swoony. And yes. They always get their happily ever after. Before being accepted for publication, MEET ME UNDER THE STARS (formerly titled IF YOU’RE EVER IN TOWN) was the 2016 YARWA winner for the New Adult category. 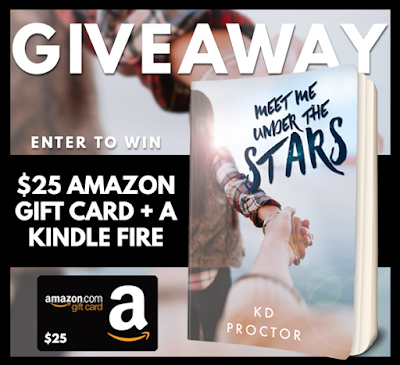