The Debt by Tyler King 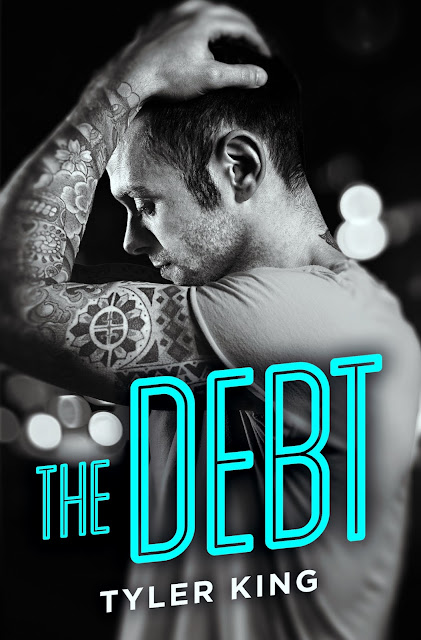 Hadley saved my life…and I ruined hers

Hadley's my best friend. We share a house, our friends, a life. She knows all my secrets…except one. My desperate need for her is inked on my body, it's the best I can do. But Hadley needs to hear the words…

Growing up as foster kids, Hadley made me feel whole—sane. And what did I do? I destroyed our chance to be together. I ran out on Hadley when I should have stayed, and something broke between us. Now I'll do anything to fix it.

I'll never leave her again. I won't ever let her feel afraid again. But the more I try to protect her from my pain, the more I just make things worse. I'm terrified that if I tell her everything, she'll never forgive me. I'm even more terrified that it may be too late to make her mine. I have to try to give her what she needs…it's a debt I'm determined to repay.

Hours later, just after 8:00 a.m., I was still awake when the woman next to me stretched and reached for her phone on my nightstand. Propped up against my headboard, I watched the silhouette of a leggy blonde dressing at the foot of my bed. She shoved her tits into a push-up bra and wiggled her way into a tight black dress.
“It was fun,” she said. “See you around, MacKay.”
“Later.”
She tiptoed away with her shoes in her hand and closed the door behind her. I knew I shouldn’t have brought Kate home, but at the time I didn’t have the clarity of mind to do otherwise. Women had always been transient in my life. This one was no different.
I pried myself from the covers, then crossed the room and stood at the floor-length mirror beside my dresser to inspect the new ink peeking around the right side of my rib cage. The skin there was still tender and swollen, a result of six hours under the needles to continue the design that decorated my back. Bear was an artist with an implement of pain.
My eyes fell to the framed photo lying facedown on my dresser: a younger me in a tux, standing onstage with my adoptive parents beside a piano before my first sold-out concert. It was one of the happiest days of my life, and I couldn’t bear to look at it.
I was skinnier then, and lanky. Hadn’t yet grown into my body. Next to my pale, freckled parents, I stood out like one of those exotic adopted children of yuppie celebrity parents. Dark skin. Black hair. Green eyes. People told me I was “interesting” to look at, to gawk at. So little by little I covered all the pretty bare flesh in tattoos.
The first piece I ever had done was of a raven with its wings spread wide across my chest. The tips of each broken wing nailed down. I was seventeen then. After my first sitting, I came to understand why people said tattoos were addictive. I suppose I became a glutton for pain, because when Bear’s wife offered to put a hole in my lip, I let her stick a needle through my face. For shits and giggles. At twenty-one, I had two full sleeves. My dad only asked that I keep the modifications within reason. I was a bit fuzzy on that definition.
From the top dresser drawer, I grabbed a tube of antibacterial ointment and applied two fingers’ worth to the new tattoo. My stomach growled. It was empty and angry from last night. So I sifted through the field of laundry-pile bunkers scattered around my bedroom until I found a black shirt and dark jeans on the passable side of clean.
When I hit the landing at the bottom of the stairs, I felt a pair of knowing brown eyes watching me from the living room. Nothing good ever came from the morning-after ritual. Even so, I couldn’t help but glance at my roommate curled up on the leather couch with her laptop open and earbuds hidden under her long dark hair. She held seven fingers over her head. Hadley averted her gaze back to the computer screen rather than look for my reaction. Like she didn’t give a fuck.
“Don’t you have anything better to do than wait for the walk of shame?”
“Don’t you have an appointment to get your dick swabbed for STDs?”
“Fuck off.”
“Get bent.”
And so everything was par for the course on a Sunday morning. I held out my middle finger as I turned toward the kitchen.  That was fun.  Let’s do it again next week, shall we? I had yet to decipher her scoring system. Asking for clarification would only validate her participation in my sex life.
Neither of us enjoyed living together. My parents’ house in the middle of nowhere was too big for two people and not big enough for the both of us. Since my dad left to take a job in New York during our freshman year of college, every day was a special kind of torture. But Hadley needed me. And as much as I couldn’t stand being near her, I wouldn’t abandon her again. 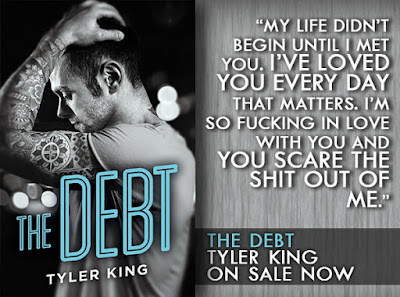 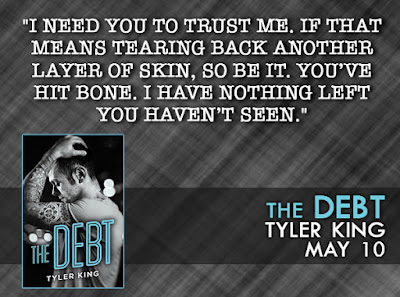 This book left me reeling! So much is jam packed into this story and it took me on a wild ride.

Josh and Hadley are best friends and live together. Both of them are broken for very different reasons. Their relationship is strained to say the least, but Josh will never leave her because he owes her big time or so he thinks. Josh is WAY too overprotective, but it's not just that, he's jealous too. He's jealous and he feels like there's nothing he can do about it because he feels like he doesn't deserve more from Hadley but friendship. When there is finally no choice but for the both of them to just be honest without each other things finally change. Their relationship transforms into more, but they are both still broken and slowly need each other to be mended back together. Their fights were wicked insane! I was constantly at the edge of my seat because I didn't know if they would survive the insane arguments they had. I only had hope to keep me sane, hope that they would be able to get better, even if only enough to be together.

This story has so many aspects to it that were coming in from every angle. It's full of anger and guilt, but also love and happiness. Both of these characters were so tortured, but I couldn't look away!

Tyler King was born and raised in Orlando, Florida and graduated from the University of Central Florida with a degree in Creative Writing. As a journalist, her work has appeared in Orlando magazine and Orlando Business Journal, among other publications. She is a proud army spouse currently living in Virginia with her husband.