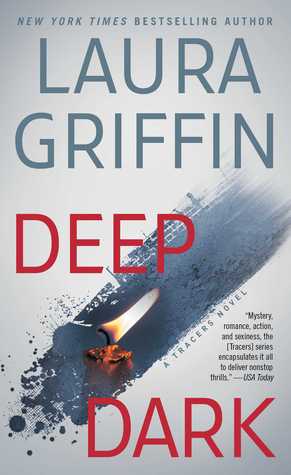 The moment detective Reed Novak steps onto the crime scene, he knows the case is going to rock his world. A beautiful young woman murdered at home. No sign of forced entry. No motive. She’s obviously not the killer’s first victim, and Reed’s instincts tell him she won’t be his last. Reed’s first clue comes via a mysterious text that links to a dating profile, but even more intriguing than the clue is the person who sent it.

As a white-hat hacker in the Delphi Center’s cyber investigation unit, Laney Knox sneaks into some of the deepest, darkest corners of the Internet looking for predators. Laney would prefer to stay away from Austin PD’s most recent murder case, but she can’t ignore the chilling similarities between that crime and her own brutal attack years ago. Laney offers to help the sexy lead detective, but he wants more from her than just a promising tip—Reed wants her trust. Laney resists, but as their relationship deepens she’s tempted to reveal the closely guarded secrets that could make her a key witness…or the killer’s next victim.

I devoured Deep Dark. From the first chapter, I had chills going up my body. I had to stop reading just to make sure all my doors were locked.

I'm new to Mrs. Griffin's books but she has made me a fan after reading this phenomenal suspense novel.

Let me give you an insight:

Delaney Knox is a hacker and she works for a company called Delphi Center which helps find criminals, predators and it's excellent at DNA recovery. This company seems to have everything they need to be able to help catch the bad guys.
Three years ago, Laney was attacked at her home and she was lucky enough to survive it. Now, a friend of hers, April,  is dead and her attack bared similarities to the one Delaney suffered.
Laney can't seem to stop herself from trying to figure out who is the culprit. She becomes involved in the search for the killer by immersing herself into the life of Reed Novak, one of the main detectives in the case. She wants the man responsible for this violent act to be put away forever.

Reed is tall, broad and handsome. He does have a history of a failed marriage and he knows his work had a lot to do with it. He's interested in Laney, not only for the input she can give to the case but because she is the first woman in a long time who has made him feel something. He does find her age to be a problem since he's over a decade older than Laney. He's smart and he knows he should stay away but he can't seem to be able too. It doesn't help that Laney seems to have a connection to the killer.

Deep Dark has a side romance too which becomes pretty interesting as well.

As I said, this book is freaking amazing! I couldn't stop reading it. I thought I knew who the killer was.