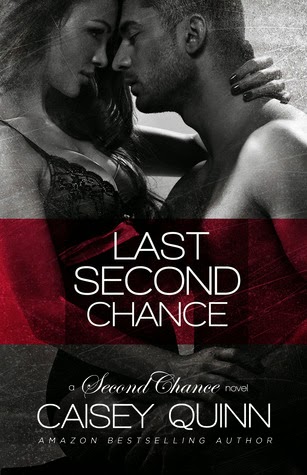 Stella Jo Chandler applies for a job at the Second Chance Ranch after she graduates from college. The Ranch is a place for celebrities to undergo rehab for ninety days. She has an affinity for horses and used to ride them until she was hurt by one. Now, she likes to take care of them only.

"Have a thing for dark horses with tortured souls"

Van Ranson is the leader of the band Hostage for Ransom. He has been told to clean up his act or he's out of the band. Being forced to join rehab has him on the brink of blowing this last second chance.

Stella is shocked when she meets Van. She feels the instant connection and she knows she shouldn't give into her attraction for him. She could loose her job or even worse her heart. Van realizes that he could be kicked out of rehab if he fraternizes with an employee which will mean saying bye to his contract with the record company.


I liked this book.  It was a fast read and I liked both characters.
Stella was sweet despite her past and the lack of love from her parents. Once she realizes she likes Van she admits her to herself instead of spending chapters pushing him away.
Van was a true bad boy but he seems to grow as a character. He wanted to be better for himself and for Stella.
I was glad that their story centers mostly on them without having other love interests. It is a standalone but there will be more in the series (yay to no cliffhanger).
I do feel that the ending was too rushed, maybe getting one more chapter would have been ideal to explain their time after rehab.

"If you never so much as touch me again, I'm afraid I'll lose my mind"