All Lined Up by Cora Carmack 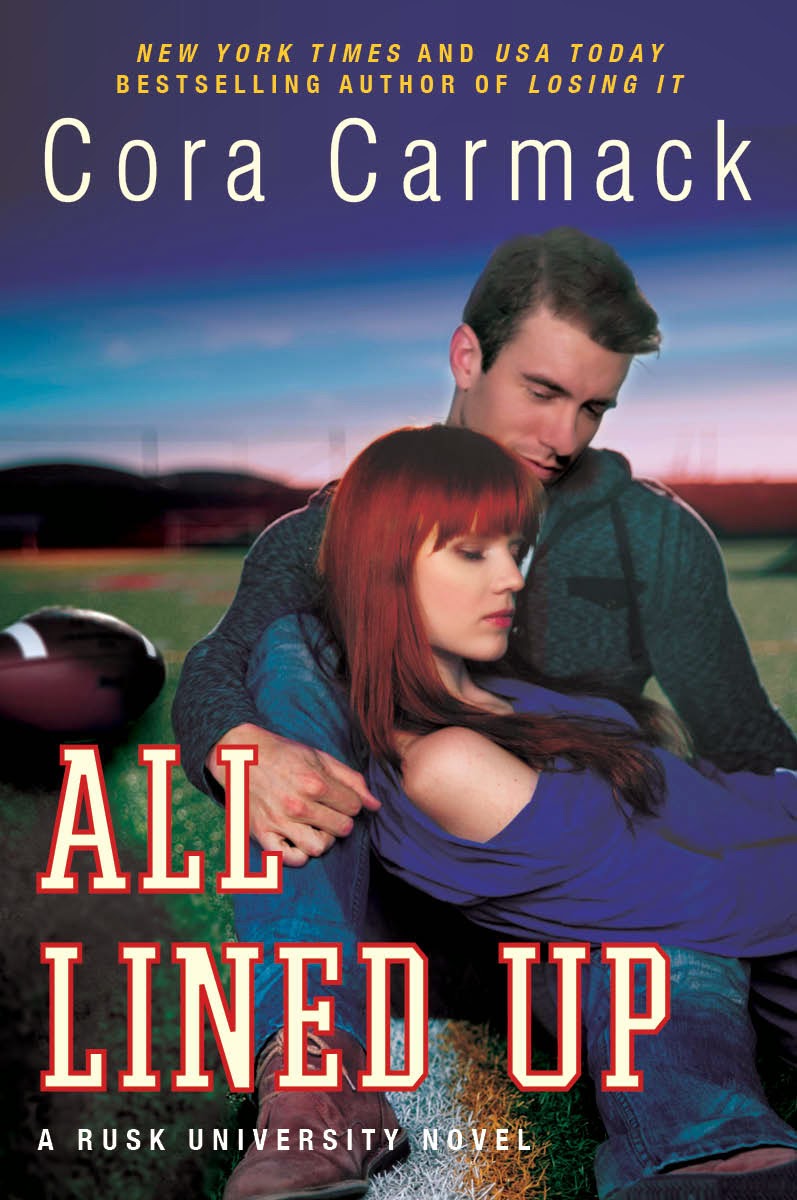 New York Times and USA Today bestselling author Cora Carmack follows up her trio of hits—Losing It, Faking It, and Finding It—with this thrilling first novel in an explosive series bursting with the Texas flavor, edge, and steamy romance of Friday Night Lights.

In Texas, two things are cherished above all else—football and gossip. My life has always been ruled by both.

Dallas Cole loathes football. That's what happens when you spend your whole childhood coming in second to a sport. College is her time to step out of the bleachers, and put the playing field (and the players) in her past.

But life doesn't always go as planned. As if going to the same college as her football star ex wasn’t bad enough, her father, a Texas high school coaching phenom, has decided to make the jump to college ball… as the new head coach at Rusk University. Dallas finds herself in the shadows of her father and football all over again.

Carson McClain is determined to go from second-string quarterback to the starting line-up. He needs the scholarship and the future that football provides. But when a beautiful redhead literally falls into his life, his focus is more than tested. It's obliterated.

And neither of them know how to walk away from the attraction they feel.

All Lined Up is about Dallas and Carson.

Dallas is shy and likes to blend in.  Raised by her single dad, the coach of the college football team, Dallas has been pretty smothered.  She isn’t allowed to go to an out of state college for her dance so she ends up at the same college her dad coaches at.

Carson and Dallas meet the first week of school at a frat party.  Unaware of who each other are they immediately hit it off.   Soon they realize that they have one thing in common: Dallas’s dad, Coach Cole.  Carson is the second string quarterback and has a lot riding on his college football career.

Dallas has sworn off dating any football player.  But slowly, they start getting to know each other.   They try to hide their relationship from everyone.  But what happens when the one person you are trying to hide it form finds out?

I really liked this story.  I connected with the characters and the writing was so entertaining to read.  But towards the end I started getting bored.  It didn’t keep my attention through the whole story like I hoped it would.

I am so excited to read the next book in this series though.

Cora Carmack is a twenty-something writer who likes to write about twenty-something characters. She's done a multitude of things in her life-- boring jobs (like working retail), Fun jobs (like working in a theatre), stressful jobs (like teaching), and dream jobs (like writing). She enjoys placing her characters in the most awkward situations possible, and then trying to help them get a boyfriend out of it. Awkward people need love, too. Her first book, LOSING IT, is a New York Times and USA Today bestseller.

a Rafflecopter giveaway
Posted by MrsAlcide at 9:00 AM

Email ThisBlogThis!Share to TwitterShare to FacebookShare to Pinterest
Labels: All Lined Up, CoraCarmack, Love and Football