Our Little Secret by Roz Nay 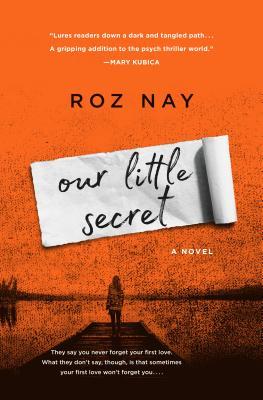 Roz Nay's Our Little Secret is a twisted tale of love, pain, and revenge that will stay with the reader long after they turn the last page.

A police interview room is the last place Angela expected to find herself today. It's been hours, and they keep asking her the same inane questions over and over. "How do you know the victim?" "What's your relationship with Mr. Parker?" Her ex's wife has gone missing, and anyone who was close to the couple is a suspect. Angela is tired of the bottomless questions and tired of the cold room that stays the same while a rotating litany of interrogators changes shifts around her. But when criminologist Novak takes over, she can tell he's not like the others. He's ready to listen, and she knows he'll understand. When she tells him that her story begins a decade before, long before Saskia was in the picture, he gives her the floor.

A twenty-something young professional, Angela claims to have no involvement. How could she? It's been years since she and H.P., Mr. Parker that is, were together. As her story unfolds, it deepens and darkens. There's a lot to unpack... betrayal, jealousy, and a group of people who all have motives for retribution. If Angela is telling the truth, then who's lying?

Despite Our Little Secret been a super easy read,  I thought it was missing something. Maybe more drama, maybe another voice. The book is told from Angela's perspective only and I think it would have help getting someone else's point of view here.

Our Little Secret is the story of Angela. A woman who at the beginning of the story is being interviewed by Detective Novak in regards to the disappearance of Saskia. As the tale unfolds we learn who Saskia is, how she came into Angela's life and what she took from her.

From Angela's voice, we learn she only had one good friend while growing up. His name is H.P. He became her defender and her person. Despite H.P. dating numerous girls, Angela was always there for him and vice-versa. At some point, they became more than friends but then Angela leaves for Oxford and things get complicated. What develops is a story full of jealousy, obsession, and revenge leaving nothing but questions behind.

Is Angela protecting someone or is she protecting herself? Worse is Saskia disappearance her own doing? Or is someone framing Angela to take the fall?

Angela wasn't an easy character to like and maybe that was one of my problems with the story. Her behavior was erratic and her decisions were poorly made. Most of the time, she fell flat to me. Notwithstanding my misgiving with Angela, I think this is a good debut novel that readers will enjoy.

A complimentary copy was provided by St. Marting Press via NetGalley in exchange for an honest review.
Posted by MrsLeif at 3:50 PM