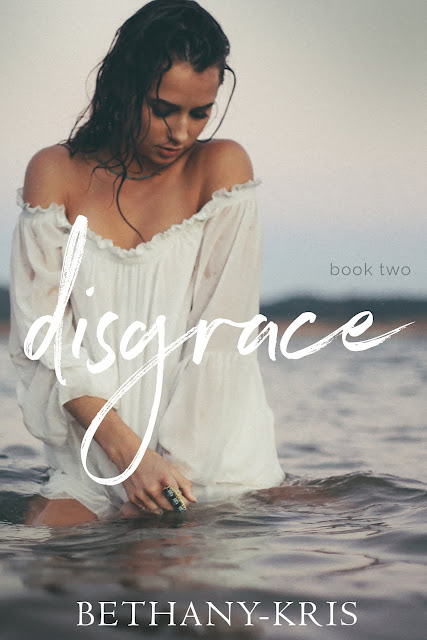 Siena Calabrese is no longer the prized daughter of la famiglia. Her transgressions against her brothers and family have stained more than just her reputation. Her best chance at keeping breath in her lungs would be to sit down and shut up like she was taught to do. She definitely shouldn’t be feeding information to her family’s enemies. And yet, she is still willing to risk it all for a chance at forever with Johnathan Marcello. After everything, how could she not?

Johnathan Marcello’s life and secrets have now been put on display for everyone to see. There’s no hiding the things he’s tried to keep hidden, but maybe that’s the best thing that could have happened. Now he’s about to walk straight into a war between rival mafia families, and he’s got choices to make. His love is on one side, he’s on the other, and everybody is playing for keeps. He’ll play the game just as dirty as anyone else to get what he wants, even to the detriment of himself. For her, how could he not?

It’s time that the forgotten king takes back his throne. It’s already been too long since it was taken from him.
But when has anything in this life been easy? 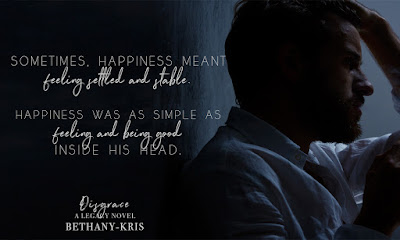 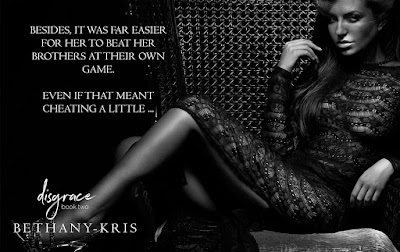 Siena didn’t even bother to look up from the dishes she was washing as her mother and brother slipped into the kitchen. Coraline moved toward the island where a plate of hot food had been left to sit out for her, and looked it over.
“Really, Siena, chicken alfredo?” her mother asked.
Siena kept her attention on her work. “It’s Giulia’s favorite. I was trying to make her comfortable.”
Coraline made a noise under her breath.
It sounded a lot like disgust.
“It might have helped had you shown up like you were supposed to for dinner,” Siena added. “They were looking forward to having an actual conversation with you, Ma.”
Siena did turn around and chance a glance at her mother, then. Coraline looked like something awful had been shoved into her mouth. Horrified, displeased, and disgusted all at the same time.
The last thing this woman wanted to do was greet, be nice to, or handle anything about her husband’s mistress’s children.
It wasn’t like it was the girls’ fault. They hadn’t asked to be born, or for their father to be an unfaithful bastard. Yet, here they all were.
Coraline had been perfectly fine, pleased, and pampered in her life before Matteo’s death. She had not minded turning cheek to her husband’s behaviors, and dalliances with women. She even pretended like she didn’t know her husband’s mistress had once lived in a bigger house than she did simply because she birthed him the same amount of children that Coraline had given to Matteo.
No, none of that had mattered to Coralinebefore.
Now, with Matteo dead, and the girls’ mother dead, Coraline had no choice.
Despite knowing it might cross one of her brother’s many lines, Siena didn’t mind reminding her mother of her place at the moment. Sometimes, it was the only thing that actually worked where Coraline was concerned.
“It would not look very good for you to shun the only Calabrese principessas della mafia,” Siena murmured, letting her finger edge along the line of the island as she spoke. “Even if those mafia princesses are illegitimate daughters born from a several decades-long affair. You know this, Ma.”
Coraline scowled.
Kev passed a look between the mother and daughter, but said nothing.
“They are not the only principessas of this family,” Coraline said, smiling in that cruel, cold way of hers. “And don’t you forget that, Siena.”
Dread slipped down Siena’s spine.
A cold fear met it with open arms.
Siena knew all too well how open and vulnerable she was to her brothers’ games. She could just as easily be used as fodder for her brothers’ plans as her half-sisters.
And shit …
Maybe better her, than them.
Siena didn’t show her fear, or her weakness. Not to a woman like her mother. Coraline ate that shit for breakfast.
“Maybe that’s what bothers you the most, Ma,” Siena said, shrugging. “That one of the illegitimate daughters will be used before I ever am—the only legitimate daughter. Your daughter. What a fucking shame that would be, huh?”
Coraline’s gaze narrowed.
A silent threat.
A vicious promise.
“Legitimate in name and birth only,” Coraline hissed right back. “We all know how you’ve betrayed this family with all you have done to us, Siena. None of us will ever forget the disgrace you are. Marrying you off to get you off our hands, or getting rid of you by some other means would be a blessing. Nothing more.”
Kev chuckled. “She’s got a point.”
What a life this was.
The disgraced one.
Siena wished she cared.

Fresh out of prison after serving a three-year sentence, Johnathan Marcello wants to get back to normal business as a mafia capo. The rules set out for him are clear—keep out of trouble, maintain a low profile, and stay stable. But stability is a delicate balance for a man like John, and shaky ground is only a single step away.

A chance encounter with a blue-eyed woman might just change his whole world.

Siena Calabrese’s life revolves around cooking numbers, and scrubbing books clean. After all, a girl is only useful to men in the mafia, if she isn’t totally useless. As long as she does what they want, then she can maintain the illusion of freedom. But illusions are only delusions in the grand scheme of her life, and reality is far more dangerous.

A man with secrets might just be the one thing she didn’t know she needed.

In this life, family is everything. Or, that’s how it should be.

Mix it all together, and it makes for a volatile city.

A war is coming.

Bethany-Kris is a Canadian author, lover of much, and mother to four young sons, one cat, and two dogs. A small town in Eastern Canada where she was born and raised is where she has always called home. With her boys under her feet, snuggling cat, barking dogs, and a hubby calling over his shoulder, she is nearly always writing something … when she can find the time.
To keep up-to-date with new releases from Bethany-Kris, sign up to her New Release Newsletter here: http://eepurl.com/bf9lzD 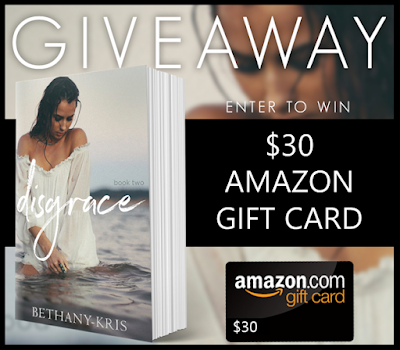