The Other Girl by Erica Spindler 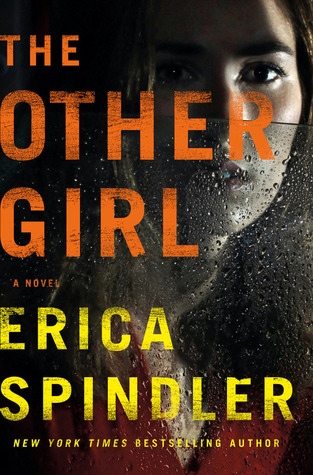 From the New York Times bestselling author of Justice for Sara and The First Wife Erica Spindler comes The Other Girl, a chilling new thriller about a ritualistic murder of a college professor that sends a small town cop back into the trauma she thought she’d put behind her.

A horrific crime. One witness—a fifteen-year-old girl from the wrong side of the tracks, one known for lying and her own brushes with the law.
Is it any surprise no one believed her?

Officer Miranda Rader of the Harmony, Louisiana PD is known for her honesty, integrity, and steady hand in a crisis—but that wasn’t always so. Miranda comes from the town of Jasper, a place about the size of a good spit on a hot day, and her side of the tracks was the wrong one. She’s worked hard to earn the respect of her coworkers and the community.

When Miranda and her partner are called to investigate the murder of one of the town’s most beloved college professors, they’re unprepared for the brutality of the scene. This murder is unlike any they’ve ever investigated, and just when Miranda thinks she’s seen the worst of it, she finds a piece of evidence that chills her to the core: a faded newspaper clipping about that terrible night fifteen years ago. The night she’d buried, along with her past and the girl she’d been back then. Until now that grave had stayed sealed…except for those times, in the deepest part of the night, when the nightmares came: of a crime no one believed happened and the screams of the girl they believed didn’t exist.

Then another man turns up dead, this one a retired cop. Not just any cop—the one who took her statement that night. Two murders, two very different men, two killings that on the surface had nothing in common—except Miranda.

The Other Girl is my first Erica Spindler's novel and I can see why people enjoy her books.

I liked Miranda "Randi" Rader, the main character. She's a detective in the Lousiana PD. She lives in Harmony but she came from the town of Jasper. She used to run with the wrong people and after getting caught with pot, she was sent away. She learned from her mistakes and she reinvented herself. She worked hard to become a police officer and during her time in the force, she has become someone to look up to.

At the beginning of the novel, Miranda is assigned a new case. Her boss calls her to come to the scene of a gruesome crime. A well-liked professor has been found murdered and mutilated. Her partner, Jake Billings, joins her. Miranda is rattled when while searching the victim's home, she finds a newspaper clipping from the incident that changed her life fifteen years ago. Subsequently, more clues point to a connection between Miranda and what happened during that terrible night many moons ago. At that time, no one believed her but now, someone wants the truth to come out. Shortly, Miranda is looking great as the perpetrator and she realizes she can't trust anyone. Not even her partner.

I liked the prose of The Other Girl. It kept me interested in the plot despite Miranda making multiple mistakes during her search for the truth. She broke protocol repeatedly. I liked Jake too but he ran hot and cold. One minute he backed up Miranda, the next one, he was dooming her.

In regards to the twist. I expected it. It was easy to guess. What wasn't clear was the motivation. That, I liked.

A complimentary copy was provided by St. Martin Press via Netgalley in exchange for an honest review.
Posted by MrsLeif at 8:30 AM