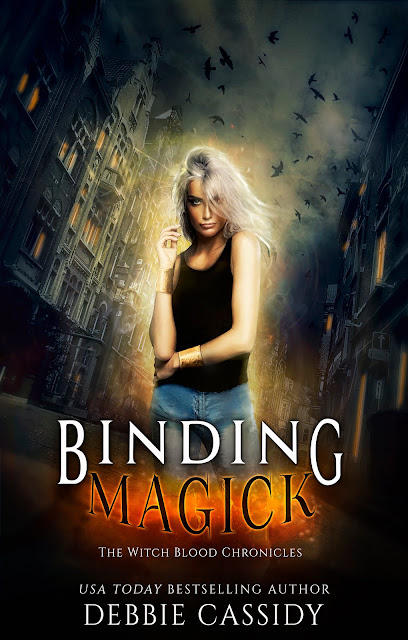 Being left behind to hold the fort every time the world needs saving, sucks.

For Carmella Hunter, a witch blood with practically no magick, being surrounded by powerful friends has taken its toll. For once it would be nice to be the one doing the saving. Stuck in a dead end job in Piccadilly’s favourite bakery, Carmella spends her days making cinnamon rolls and her evenings feeding the homeless, all the while dreaming of making a difference.

One huge pastry order for the Covens annual meet and an attack of flu germs leaves Carmella delirious with a fever—too delirious to avoid a fateful bargain with a djinn named Paimon. Bound to do his bidding, his seductive voice in her head and his infuriating arrogance make the partnership a trying one. With Paimon, Carmella gets her first taste of power. A power she must use to track down the monsters hunting Paimon’s people. Suddenly Carmella isn’t so helpless anymore.

Things get complicated when her boss, and close friend, goes missing, and the enforcement agencies don’t seem too bothered about looking for a celestial dancer who likes to sleep around. With the help of Mal Banner, the Piccadilly Coven Elder Witch and self professed playboy, Carmella finally has the opportunity to be the hero she’s always wanted to be.

But someone doesn’t want Carmella digging. Someone will go to any lengths to make her stop. 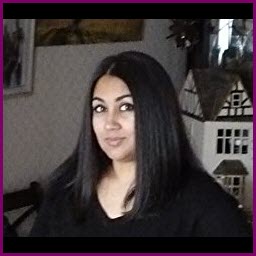 Debbie Cassidy lives in England, Bedfordshire, with her three kids and very supportive husband. Coffee and chocolate biscuits are her writing fuels of choice, and she is still working on getting that perfect tower of solitude built in her back garden. Obsessed with building new worlds and reading about them, she spends her spare time daydreaming and conversing with the characters in her head – in a totally non psychotic way of course. She writes High Fantasy, Urban Fantasy and Science Fiction. Debbie also writes dark, diverse Urban Fantasy fiction, under the pen name Amos Cassidy, with her best friend Richard Amos.

Posted by MissDaemon at 9:43 AM