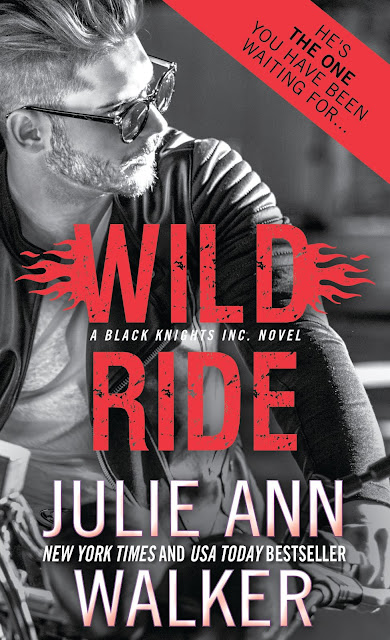 The hero we've all been waiting for…

In a black-on-black international mission that went seriously sideways, Ozzie was badly injured—now he's stuck at BKI headquarters in Chicago, champing at the bit to get out into the field again. To his disgust, he's tasked with distracting Chicago Tribune ace reporter Samantha Tate, who's been trying to dig up the dirt on BKI for years. Turns out Samantha's beauty, intelligence and sense of humor are a seriously big distraction, and Ozzie's losing his desire to keep her at bay.

Ozzie's tired of hiding, and Samantha may be the best—and worst—person to share his secrets with... 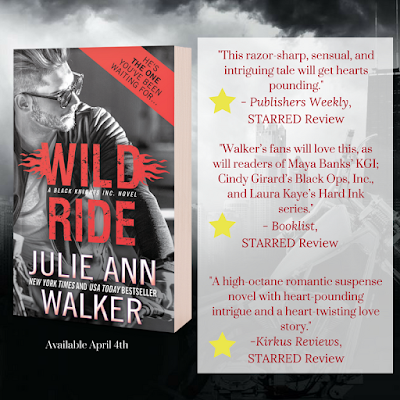 It was half past eight on a Wednesday night, so pickings were slim. Most of the patrons were single dudes looking to tie on a buzz before heading home to fall into bed, catch a few z’s, then wake up and start the daily grind all over again. A few couples were snuggled into the booths or sitting at the high-tops having a nightcap before calling it a day. And then there was the foursome of ladies playing pool. In their late twenties and dressed to the nines in business attire, they seemed the answer to Christian’s prayers. Except for the fact that they were hooting and hollering, kicking off their high heels, and doing their best to get sloppy.

Ozzie knew better than to intrude on that.

“You might be out of luck,” he lamented to Christian, eyeing one of the pool players as she stumbled toward the jukebox. “And worse still, this one looks like a Taylor Swift fan.”

Christian glanced over his shoulder at the woman as she drunkenly studied the jukebox’s screen. “If she plays sodding ‘Shake It Off,’ I grant you permission to un-holster my Walther and shoot me in the face.”

“Let’s hope it doesn’t come to that.”

They waited, shoulders tense, as the jukebox loaded the woman’s selection. It was “Shake it Off.”

“Right-oh. Never mind the shot to the face,” Christian declared. “I have a better idea. Let’s get good and pissed and then ring up a cab to take us home. Delilah, luv, fetch us two vodka shots, yeah?”

“You’re both pathetic,” Delilah declared after plunking the vodka down in front of them. “It’s not like they wanted to leave either of you behind.”

And by they, she meant the Black Knights. The most select, most secretive group of covert operators ever to sign up to do Uncle Sam’s dirty work. They were Ozzie’s teammates. His friends. And they were all now half a world away, disrupting the Islamic State’s supply lines in order to weaken the group’s defensive and offensive capabilities.

Well, except for Zoelner. He was in London helping to hunt down a mysterious underworld crime lord aptly named Spider.

But that’s just splitting hairs. Because whether it was chasing ISIS or shadowy international figures, it all came down to one thing. Every Black Knight was engaged in making the world a safer place. Every Black Knight except for Ozzie and Christian. And Christian would be heading into the field again soon. His burst eardrums, courtesy of a recent mission when he’d been forced to fire a 50-cal. in an enclosed space, were mostly healed.

And there they were again, the self-pity and remorse. Ozzie tossed back the shot and welcomed the burn of the liquor, hoping it would pickle those stupid pits in his stomach.

“It’s not that we feel sorry for ourselves,” Christian said after downing his shot. “It’s that we’re sharks. If we stop swimming, we die.”

“Oh, for the love of tequila.” Delilah’s expression was unsympathetic. “Neither of you needs to do anything but what you’re doing, which is healing up. Besides, we like having you around, Christian. You brew a freakin’ mean cup of tea.”

“God save the Queen.” Christian winked and saluted her with his beer.

The we Delilah mentioned were the wives and girlfriends of the Knights—Delilah being one of the former. All the ladies had taken to gathering in the big warehouse in the evening, because at precisely seven p.m. local time, one of the guys in the field would make an encrypted satellite call back home to say a quick hello to his better half and let the other better halves know that everyone in Syria was A-okay. The tension in the shop in the minutes leading up to that phone call each day was palpable. Just one more reason he and Christian were sitting at a bar in the middle of the workweek. Just a little nip to take the edge off.

Ozzie lifted his beer to wash down the bite of the shot. No sooner had he set his glass on the bar than the front door burst open and a Tasmanian devil, otherwise known as ace reporter Samantha Tate, came barreling in. Her right shoulder drooped under the weight of one of her giant oversized handbags, which was stuffed full of the myriad piles of crap she carried around.

Christian took one look at her, turned to Ozzie, and started whistling the tune to “Me and My Shadow.”

“Watch yourself, wankstain.” Christian pretended to reach beneath his jacket for his Walther.

“Please. You wouldn’t shoot me. I’m the only one who’ll go to Fadó’s to eat bangers and mash with you.”

“True,” Christian admitted. “Still, remind me why you think it’s a jolly good idea to go mucking about with a reporter? I cannot wrap my mind around you knowingly shagging someone who could blow your cover. You off your trolley, or what?”

“First of all,” Ozzie assured him, “I’m not shagging her.” Although every time I see her, I’m damned tempted.

“Well, that is a first,” Christian said.

“And second of all,” Ozzie went on as if Christian hadn’t spoken, “you have nothing to worry about. I treat her like a mushroom.”

“I keep her in the dark and feed her shit.” Which is really starting to bother me. I fucking hate lying to her. Of course, Ozzie kept that to himself.

Christian narrowed his eyes. “You filched that line from a movie.”

Ozzie feigned a playfulness he hadn’t felt in a long time. “Movie quotes and song lyrics, home slice. They’re my bread and butter. Besides, you know that old saying.” Ozzie saw the moment Samantha spotted him and started heading in his direction. The woman had a way of walking that reminded him of female sailors. They had hips so they moved like women, but their naval training taught them efficiency of motion. That was Samantha Tate in a word. Efficient. And beautiful. Last weekend, when they met in Lincoln Park for a picnic on the grass, the sunlight had dappled through the leaves of the trees, bringing out the auburn and gold highlights in her curly, mink-brown hair, and he had been so stunned by her simple loveliness that he hadn’t been able to breathe.

“Which old saying would that be?” Christian asked.

“‘Keep your friends close and your enemies closer.’”

Christian narrowed his eyes again. “You expect me to believe she’s your enemy? That all these lunch dates and coffee dates are…what? A smoke screen?”

They had started that way. But it’d quickly become…more.

“So you got me,” Ozzie admitted. “I like her. The woman burns words the way a magician burns flash paper—quickly and with a lot of show. It stimulates my brain.”

“I’m certain it stimulates something,” Christian scoffed, the end of his sentence a bare whisper as Samantha closed in on them.

“I see you have your boyfriend with you tonight, Ozzie.” She hopped onto the barstool beside him. Her soft, powdery-smelling body lotion reached out to him, filling his nose and triggering a cascade of goose bumps. It happened every damned time she got close. He’d scoured the shelves at Walgreens, sniffing every bottle of body butter and balm they sold trying to find out which brand she used so that he could…what? Use it to whack off with? For the love of Spock’s ears. He was pathetic.

“Good to see you again, Christian.” She waved across him at the Brit.

“Ah, Christian’s not gay,” Ozzie assured her, ignoring his body’s interest at her nearness and focusing on the lively banter she had come to expect from him. “He’s just really pretty. But I can see how you’d make that mistake, what with the hair product and the tailored clothes.”

Samantha nodded, waved her hand through the air, and was on to the next subject. “Well, gents, it’s official. The zombie apocalypse has started. On my beat today, I covered a police-on-police shooting, a ten-car pileup on the Kennedy Expressway, an outbreak of salmonella brought on by a restaurant knowingly serving tainted sushi, and a string of B and E’s where the perps turned out to be two thirteen-year-olds who claimed to be in love”—she rolled her eyes at this—“and fancied themselves the modern-day Bonnie and Clyde.” She signaled Delilah. “Make Momma one of your specialties, would you, please? Extra dirty with three olives.”

Then she turned back to Ozzie and Christian. “But you two have nothing to worry about. Zombies eat brains, so you’ll both be fine.”

Christian harrumphed. “I shouldn’t think you know me well enough to judge my mental acuity.”

“Maybe not. But you have to be a little lacking in the IQ department to willingly pal around with this one.” Samantha hooked a thumb toward Ozzie. The sparkle in her dark eyes was positively mercenary.

“Oh, you think I want to spend time with Mad Scientist Hair here?” Samantha pretended incredulity. “No, no. I feel sorry for him. I mean, who wouldn’t? Just look at him.”

Ozzie made a face and gifted her with a terse hand gesture that used his third digit.

“Spoken like a true scholar,” she said.
A crack of laughter blasted out of him. And when Samantha turned to thank Delilah for the martini, he took the opportunity to study her profile.

She was beautiful. Her brown eyes glowed with intelligence, and she had one of those faces that drew you in. No one feature stood out as terribly arresting or unique, but all her features fit together to make an enchanting whole.

And then there was the gap between her two front teeth. It was small. Just a sliver of space. But it was totally, wonderfully her.

Samantha tipped back her martini glass and took a giant sip, eagerly sucking down the gin and olive brine like it was a gift from on high. When she lowered her glass, she wiped the back of her hand over her mouth and let loose with a dainty, feminine-sounding burp. “I am woman. Hear me drink.”
Another bark of genuine laughter shot out of him, and all he could think was… God, that feels so good. Most of his jocularity was forced these days. But when she was around, he felt…more like his old self.

Then it occurred to him. Samantha Tate, the woman he and the rest of the Black Knights had avoided for years, the woman he should probably still be avoiding, had somehow wormed her way into his life, under his skin, and in so doing had become…his friend.

Who’d a thunk it? 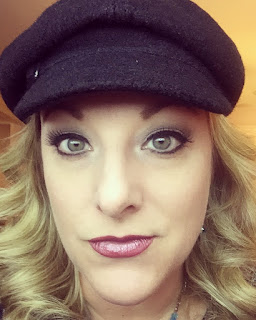 Julie Ann Walker is the USA Today and New York Times Bestselling Author of the Black Knights Inc. romantic suspense series. She is prone to spouting movie quotes and song lyrics. She'll never say no to sharing a glass of wine or going for a long walk. She prefers impromptu travel over the scheduled kind, and she takes her coffee with milk. You can find her on her bicycle along the lake shore in Chicago or blasting away at her keyboard, trying to wrangle her capricious imagination into submission. For more information, please visit www.julieannwalker.com or follow her on Facebook www.facebook.com/jawalkerauthor and/or Twitter @JAWalkerAuthor.
Posted by MissDaemon at 8:30 AM