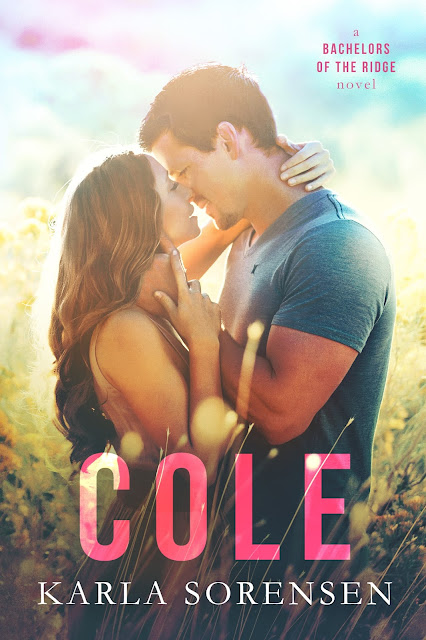 Cole Mallinson has never been able to move on.

It’s been two thousand, three hundred and sixty-two days since he’s seen his ex-wife, Julia. He’s never stopped loving her, never stopped wishing she’d come back. Everyone thinks he’s lost his mind for never moving on, but they couldn’t understand. It was never a choice.

Seven years ago, Julia Mallinson left Denver, and even though it’s the last place she wants to be, she’s back. The years of infertility that she and Cole endured during their marriage wore her down past the point of breaking. And when she left, she didn’t look back, couldn’t look back, for the sake of her sanity, her heart.

Between an accidental run-in at the grocery store and a meddling pregnant sister, Julia is forced to face the man she walked away from. The man who still, after all these years, has never moved on. Though neither has she.

And in the end, she’s left wondering if the past is ever left in the past.

My small basket was packed full and I paused before going down the next row, trying to decide if I needed a cart. I could add more wine that way.

In the second I paused to think about it, my eyes lifted up to the end of the aisle, blinking at the tall, broad-shouldered man that stood at the opposite side.

And my heart exploded in my chest, a messy, visceral explosion, when I saw his profile.

I yanked back behind the end cap and peeked over a row of pasta sauce jars to make sure I hadn't lost my damn mind. That I wasn't imagining him standing there because of how my day had played out.

Nope. No. Oh holy shit, no, he was not a specter sent to haunt me.

His dark hair was shorter than the last time I'd seen him, his frame larger. My stomach turned in on itself at the insane moment. The tears I'd pushed down in Brooke's bathroom spilled over my cheeks while I stared at him. His arm reached out to pluck a box of pasta from the shelf, and the way his forehead furrowed while he read the label made me back up a step so I couldn't see him for a beat. Like I was capable of not looking again. Ha.

The universe hated me.

A hysterical giggle lodged in my throat when I considered that the entire freaking cosmos was playing a joke on me, that I might have been living so close to Cole that we shared a grocery store for the last month. And no matter how much I wanted that wine, my feet had already angled toward the exit. When he started to turn in my direction, I didn't think, didn't question.

I shoved my basket onto an empty bottom shelf and turned to leave, plowing into the chest of a store employee carrying an armful of canned vegetables, which hit the ground with awkward, loud bounces.

Go! I screamed in my head. But my head lifted instead.

His eyes locked on mine, widening in the next heartbeat.

"Julia," he called out, the hoarse crack in his deep voice opening a chasm in between my ribs.

And I was gone, fleeing the store without a backwards glance. 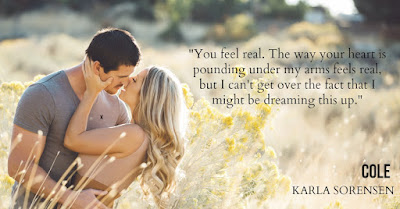 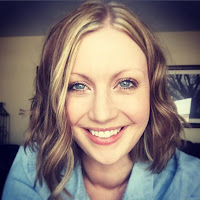 Well, let’s see ... I’m a wife and a mother. If the things that I write bring a smile to someone's face, then I've done my job.  I am obsessed with Outlander (both the books and the show). I’m almost exclusively a romance reader, which means some people will never consider me a literary snob. If I could meet one historical figure, it would be Jane Austen. I received my Bachelors in Public Relations and worked in health care marketing before I had my babies. I hate Twitter. I do it, but I hate it. Also, if you want to get on my good side, bring me wine and I'll love you forever.