The Confessions of Young Nero
by Margaret George 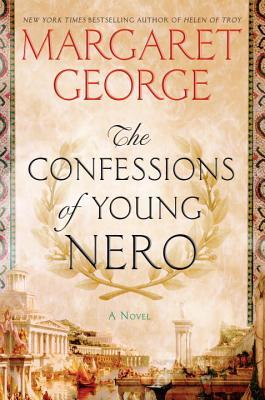 THE CONFESSIONS OF YOUNG NERO takes readers through the early life of Rome’s infamous Nero. Through the machinations of his mother, Agrippina the Younger, Nero became emperor at the age of sixteen, the last of the Julio-Claudian dynasty. But the road was a frightening one. The young boy, an intelligent, sensitive and watchful child, had a series of psychological shocks from an early age. His cruel uncle Caligula and his scheming cousin Messalina threatened his life, and his domineering and ambitious mother Agrippina married and poisoned two men en route to securing the throne for her son. Agrippina viewed Nero’s power as an extension of her own will. But once on the throne—like the teenage boy he was—Nero did not want to take orders from his mother. Soon the world was not big enough for the two of them. Thereafter he was remembered as a hedonist and tyrant who “fiddled” while his people burned. But the truth behind the caricature, revealed here, shows Nero to be instead a product of his mother’s relentless ambition, and the incest, violence, luxury, and intrigue that have gripped Rome’s seat of power for generations.

“Extensively researched with the highest integrity, and deeply engaging, it sets a new benchmark for the genre.”—New York Times bestselling author Alison Weir

“George leaves us with the most coveted prize of fiction: a world. . . we wished existed, and that thoroughly does between the covers.” —Chicago Tribune

Margaret George is the author of the bestselling Autobiography of Henry VIII; Mary, Queen of Scotland and the Isles; The Memoirs of Cleopatra; and Mary, Called Magdalene.