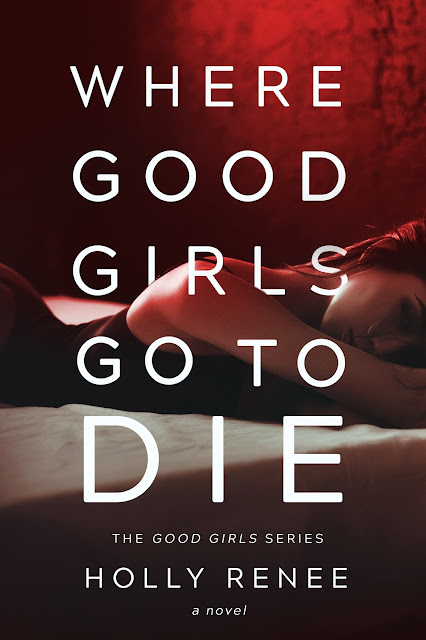 It was a bad idea from the beginning.

He was my brother's best friend and the definition of unavailable.

But I didn't care.

I had loved him for as long as I could remember.

But then he broke my heart as easily as I fell for him. He watched me fall, spiraling out of control, and as I reached for him, he wasn't there to catch me.

Four years later, I never expected to see him again.

He was still my brother's best friend, and he was more unavailable than ever.

He looked every bit the bad boy I knew he was, covered in tattoos and a crooked smile.

Guarding my heart from him was top priority because Parker James was where good girls go to die.

Unfortunately for him, I wasn't a good girl anymore.

“Hey, Parker.” My name was slightly slurred, and when I looked over at Livy swinging her legs on the booth across from me, it was easy to tell that she was well on her way to hammered.

“Whatever you say, Livy.”

She narrowed her eyes at me and I smiled. I missed this. The back and forth. The push and pull.

“So, am I going to get to meet your fiancée when I get back?” She had her brave face on, but I could see the vulnerability in her eyes. I had always been able to see it.

I started to answer, but she held up her hand to cut me off.

“No. Wait. Let me guess.” She tapped her index finger against her chin playfully, and I felt each beat against my chest.

“Veronica. No. No. Jasmine?” She watched me for a reaction, but I didn’t give her one. My best friend though, that asshole was chuckling at her antics.

“It has to be something exotic. I mean only the best for Parker James, right?” She was making a fool of herself, but I was letting her. This was the most she had spoken to me in four years. Four fucking years.

“Please tell me it isn’t Francesca.” She put her hand dramatically against her chest.

“It’s not Francesca,” I said calmly.

“Well I give up. What’s her name?” She leaned forward like she was really interested, but I doubted she truly was.

“Emily.” I almost choked on her name. “Her name is Emily.”

She closed her eyes briefly. She probably thought I wouldn’t notice, but she had been drinking and she was showing more of herself than she normally would.

“I’m surprised.” She opened her eyes and looked straight at me. “Emily is a good girl name. You never really had a thing for good girls.”

“Didn’t I?” My gaze didn’t waver from hers, and I could tell she was getting nervous. She probably had some grand plan in her head before she made her way over here, and it wasn’t going quite like she thought it would. “You were a good girl, weren’t you?”

I took another sip of my whiskey, and I watched as her anxiety morphed into anger.

“You didn’t have a thing for me, Parker. I was nothing more than your dirty little secret.” She stood from her seat, and I watched her movements as she came closer to me. Her hand landed on the back of the booth behind my head and her face was only inches from mine. I could smell cranberry juice and vodka on her lips, and I wanted nothing more than to lean forward and taste it as well.

I felt intoxicated by her proximity, the whiskey having nothing on her, and it made me forget everything. I forgot that I hurt her, that she hurt me, that she ran, but more than anything, I forgot that I wasn’t hers anymore.

She stared into my eyes as she spoke the next words, but my gaze bounced between her eyes and her full lips.

“I may have been a good girl then, but you destroyed every piece of her. I actually feel bad for Emily, because you, Parker James, are where good girls go to die.”

Bookaholic, firm believer in grand gestures, and obsessed with happily ever afters.

Holly Renee is from the small town of Maryville, TN where she was born and raised. She currently lives with her husband and fur baby, Luna. (Yes. She was named after Luna Lovegood from Harry Potter.)

Holly Renee is the author of her debut novel Letting Go.

During the day, Holly spends her time as a nurse, but once her shift ends, she falls deep into her passion of reading and writing.