The Ones Who Got Away by Roni Loren 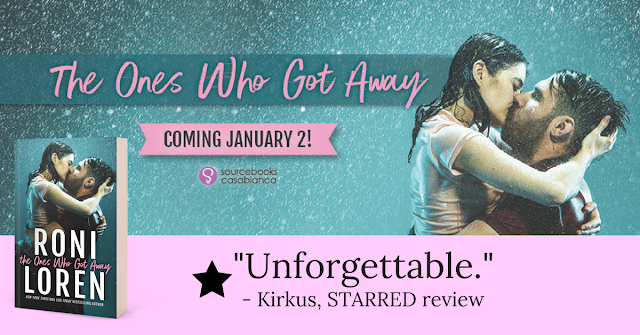 Title: The Ones Who Got Away
Author: Roni Loren
Publisher: Sourcebooks
Release Date: January 2, 2018 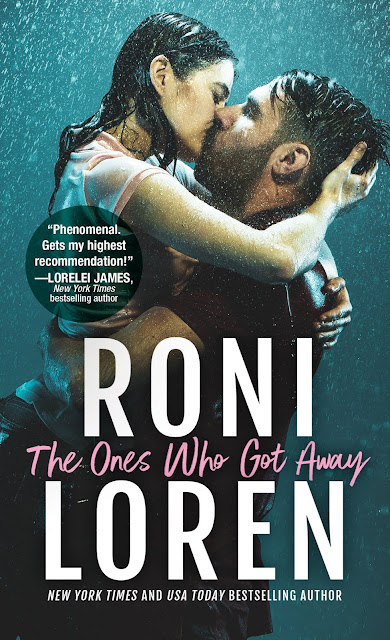 It's been twelve years since tragedy struck the senior class of Long Acre High School. Only a few students survived that fateful night—a group the media dubbed The Ones Who Got Away.


Liv Arias thought she'd never return to Long Acre—until a documentary brings her and the other survivors back home. Suddenly her old flame, Finn Dorsey, is closer than ever, and their attraction is still white-hot. When a searing kiss reignites their passion, Liv realizes this rough-around-the-edges cop might be exactly what she needs..

Setup: This scene takes place during an interview for the documentary the survivors are participating in.

“He cursed at me, told me to stay put, and wedged a chair against the outside of the door.” Liv rubbed her lips together. “After that, I heard more shots.”

“Presumably when he and Trevor shot at”—Daniel checked his notes—“Finn Dorsey and Rebecca Lindt.”

Liv reached for her water and took a slow sip, trying not to hear the sounds of that night in her head. The gun going off in that steady, unrelenting way. The cries for help. A Mariah Carey song still playing in the gym. Her own rapid breath as she huddled in that closet and did—nothing. Frozen. For five hours. Only the chair against the door had alerted the SWAT team someone was in there after everything was over. “Yes. I didn’t see any of it, but I know Finn was shot protecting Rebecca. You’d have to ask Rebecca about that part.”

Liv’s head snapped upward at that, the words yanking her out of the memories like a stage hook. “What?”

“Mr. Dorsey is my next interview.”

She stared at Daniel, not sure if she’d heard the words right. “Finn’s here?”

She barely resisted saying, He exists? The guy had become a ghost after the awful months following the shooting. He’d gotten a ton of press for being a hero, and the media had played up the story to the nth degree. The star athlete and son of a local business owner taking a bullet for his date. But within a year, his family had rented out their house and moved out of town, running from the spotlight like everyone else. No one wanted to be that brand of famous.

Liv hadn’t heard anything about him since, and he never gave interviews. She’d decided that he had probably moved to some remote tropical island and changed his name. She would’ve skipped town back then, too—if she’d had the funds to do it.

“Yes,” Daniel said, tipping his head toward the spot over her left shoulder. “He got here a few minutes ago. He’s declined to be on camera, but he’s agreed to an interview.”

With that, she couldn’t help but turn and follow the interviewer’s gaze. Leaning against the wall in the shadows of the darkened gym was a man with dark hair, black T-shirt, and jeans. He looked up from the phone in his hand, as if hearing his name, and peered in their direction. He was too far away for her to read his expression or see the details of his face, but a jolt of bone-deep recognition went through her. “Oh.”

“Hey, we should invite him to join you for this part since you were both close to the same place at the same time. We’ll get a more accurate timeline that way.”

“Jim, can you turn off the camera? I think this will be important. Mr. Dorsey,” Daniel called out, “would you mind if I asked you a few questions now? The camera’s off.”

The cameraman went about shutting things down, and Finn pushed away from the wall.

Liv’s heart leapt into her throat and tried to escape. She’d avoided Finn after everything had happened, not just from hurt, but because seeing his face, even on television, would trigger the flashbacks. But she wasn’t that girl anymore. Seeing Finn after all these years shouldn’t concern her. Still, she had the distinct urge to make tracks to the back door. She slid out of the director’s chair she’d been sitting in. “I think I’ve probably given you everything I have to add. I wasn’t in the gym, and my story is really just me cowering in the closet. Not that interesting—”

Her words cut off, her voice dying a quick death, as Finn got closer and some of the studio lights caught him in their glare. The man approaching was nothing like the boy she’d known. The bulky football muscles had streamlined into a harder, leaner package. The smooth face was now dusted with scruff, and the look in his deep-green eyes held no trace of boyish innocence. A thousand things were in those eyes. A thousand things welled up in Liv.

Finn Dorsey had become a man. And a stranger. The only familiar thing was the sharp, undeniable kick of awareness she’d always had anytime the guy was around. Time had only made the effect more potent. Without thinking, her gaze drifted to his hands. Big, capable hands that had once held her. When she’d known him, he’d always worn his football championship ring from junior year. The cool metal used to press against the back of her neck when he kissed her. Now he wore no rings at all. She took a breath, trying to reel in that old, automatic response to him, and smoothed her hands down the sides of her now-wrinkled pencil skirt.

Daniel held out his hand. “Mr. Dorsey, so glad you could make it.”

Finn returned the offered handshake and gave a brief nod. “Not a problem.”

Then, his gaze slid to Liv. His brow wrinkled for a second, but she could tell the moment he realized who she was. Something flickered over his face. A very distinct look. Like she caused him pain. Like she was a bad memory.

Because she was. That was all they were to each other at this point.

She pushed words past her constricted throat. “Hi, Finn.” 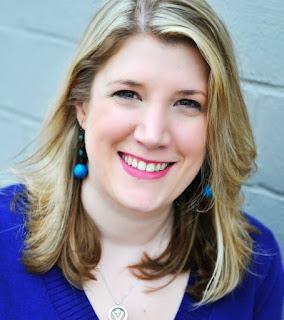 Roni wrote her first romance novel at age fifteen when she discovered writing about boys was way easier than actually talking to them. Since then, her flirting skills haven’t improved, but she likes to think her storytelling ability has. She holds a master’s degree in social work and spent years as a mental health counselor, but now she writes full time from her cozy office in Dallas, Texas where she puts her characters on the therapy couch instead. She is a two-time RITA Award winner and a New York Times and USA Today bestselling author.

Email ThisBlogThis!Share to TwitterShare to FacebookShare to Pinterest
Labels: Review Review, Roni Loren, Sourcebooks, The Ones Who Got Away