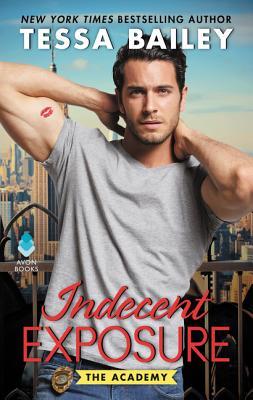 Is there a problem, Officer?

Jack Garrett isn’t a police officer yet, but there’s already an emergency. His new firearms instructor—the one who just dropped every jaw in the academy gym—is the same sexy Irish stranger Jack locked lips with last night. The Olympic gold medalist and expert markswoman is now officially off-limits, but Jack’s never cared much for rules . . .

Katie McCoy’s been cooped up in a shooting range for too long. A wild love affair is just what she needs to let loose, though she never imagined it would be with her smokin’ hot trainee. She cannot get involved with Jack—but a quick fling? Perfect. Falling hard for a charismatic recruit with an equal amount of sex appeal and secrets? Bloody stupid.


Jack’s charmed the pants off plenty of women (literally), yet few have ever looked beyond his perfect surface. Until Katie. He’ll do anything to keep her in his life . . . except tell her about his past. But a tiny lie of omission never hurt anyone, right?

First off, I have to admit this is my first Tessa Bailey's book. I own a bunch of her novels but have never read any. That being said, I can see why people like her stories so much. They are refreshing and engaging.

Indecent Exposure begins when Katie McCoy meets Jack Garrett. You wonder how? Outside a bar in New York where a mob hit happened years ago. Katie has an obsession with mob hits and she was determined to see them while on her first trip to NYC. Next thing she knows, an extremely handsome man is offering his company as a tour guide.

Katie doesn't go inside bars for a personal reason while Jack seems to live in one. So how could a relationship between them work?   It just does. Tessa Bailey does a wonderful job of bringing these two characters together.

Katie is originally from Ireland. She is a markswoman and an Olympian medalist. She's in NYC to train the new police recruits on firearms. What she wasn't expecting was to see Jack as part of her class.

Jack uses the bottle to forget his past. He joined the police force after losing a bet with his best friend Danika. He's not interested in his new career except for getting paid and helping his mother stay afloat. Things do change when Katie crosses his path. She sees something in him and it makes him try to do better.

Indecent Exposure had a solid plot. The addiction angle was a good one. It was easy to like the characters and root for them. The one drawback for me was the almost insta-love feel.  I would have had Jack get the help he needs and remain apart until he was stronger than before. Yet, the epilogue was wonderful.

A complimentary copy was provided by Avon via Edelweiss in exchange for an honest review.