The Sea Devil by Eliza Knight

Celebrate the release of THE SEA DEVIL, the newest installment in USA Today Bestselling Author Eliza Knight’s  swashbuckling series, Pirates of Britannia: Lords of the Sea.

Add THE SEA DEVIL to your TBR pile on Goodreads! Then keep reading to get an EXCLUSIVE sneak peek and enter the giveaway for a pair of Let Your Heart Be Your Compass earrings or an eBook from Eliza! 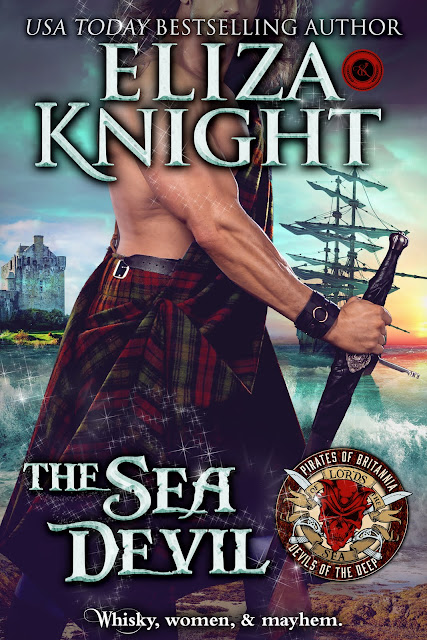 A daring brotherhood, where honor among thieves reigns supreme, and crushing their enemies is a thrilling pastime. These are the Pirates of Britannia.

Thornley “Thor” MacLeod, captain of The Sea Devil and prominent member of the Devils of the Deep is out for one thing and one thing only—revenge against Santiago Fernandez, leader of Los Demonios de Mar. Tormented by the demons of his past, he knows the only relief to his pain will be spilling the blood of his enemy. When he learns that Santiago seeks to find a child he abandoned nearly two decades before, Thor is determined to find the precious treasure first. Which means, Thor may have to sacrifice his honor in order to exact the perfect vengeance.

Orphaned at a young age, Alesia Baird has grown up along the harsh coasts of Scotland, bearing witness to many a nightmare. With the hangman’s noose dangling ever closer to her neck, she has to find a way to escape the only life she’s ever known. When she overhears a pirate mention he seeks the child of Santiago Fernandez, Alesia takes the leap, knowing this could be her only way out.

Alesia must keep up the ruse long enough to escape with her life, and perhaps a sack full of jewels. But when it comes time to jump ship, she finds her destiny may have led her in a different path. Will the hardened Highlander allow a lass into his heart—or is she destined to be alone forever? 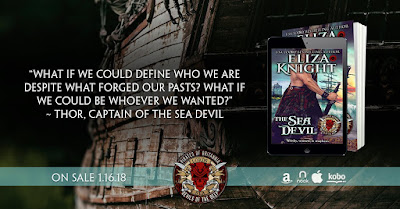 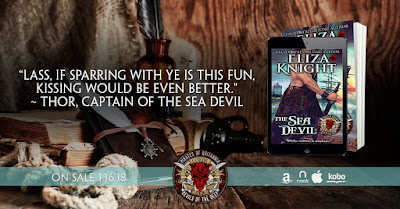 An excerpt from THE SEA DEVIL
Copyright © Eliza Knight 2018

“I’m a pirate, lass. What am I supposed to think when I come into my room and a lass has made herself at home, going so far as to take off her boots?”
She pushed against him more, and he did let go slightly, enough that she thought she might be able to draw a better breath, but it didn’t appear that his hold was what kept her from breathing. Struggling to speak without choking, she said, “I came here because I heard ye were looking for the bastard of Santiago Fernandez.”
“And ye claim to be that unfortunate offspring?”
She nodded solemnly. “I do.”
“Prove it,” he growled.
“How?” She wriggled against him. “Put me down first.”
“Say something to me in Spanish.”
He settled her in front of him, but not far enough away that she couldn’t still feel the heat of his body sinking into hers. Thinking quickly on her feet, Alesia frowned up at him. “My mother was Scots, and my father, the legendary Spanish pirate, abandoned me the moment he planted his seed, ye buffoon. Where would I have learned his language?”
“Point taken.” He studied her face, eyes narrowed. “Ye do have the look of him. In a feminine sort of way. Save for that hair. Tempestuous hair.”
Her mouth fell open at the insult. She moved to stomp on his foot but quickly found herself lifted off her feet, arms pinned to her sides by the steely strength of his own.
Fine, he wanted to play dirty. She’d already showed him once she knew how to take down a man. Alesia moved to kick him where she’d had the pleasure of socking him before, but Captain Thor clamped her legs between his thighs of steel.
“Uh-uh, princess,” he mocked.
Though she hated to head-butt anyone for the headache it always gave her, that was her next move. Alesia was fairly certain at this point she wasn’t going to be walking away with the silver, which meant she could at least walk away with her life—and figure out another way to escape the wharf.
Before she had the chance to make good on her decision to crack her head against his, she found herself flattened to the wood-planked floor, and his massive body on top of hers. Every hard plane pressed to the soft curves of her own. She sucked in a ragged breath, prepared to shout at him to leave off, but she found her throat too tight to speak.
“I’d have expected more from Santiago’s daughter, wee sprite.” His finger trailed over her cheek and along her jawline.
Alesia bared her teeth, trying to wriggle free but only managing to feel his body pressed harder to hers. “And I would have expected more from a pirate Captain.”
“Touché.” His grin was inviting. Unnerving. Disarming.
“Get off me,” she growled, trying keep her mind in the right place—the angry place. That was survival. To succumb to his disarmament was to lose.
His gaze shifted to her lips. “Not without a kiss.”
Alesia snorted and shoved at his unmoving shoulders. “I’d not kiss ye if ye were the last man on earth.”
“What if I were the second to last?” he teased.
She let out an exasperated groan. “Not then, either, ye ogre.”
He clucked his tongue. “Shame.”
“Why’s that?”
“Because, lass, if sparring with ye is this fun, kissing would be even better.” 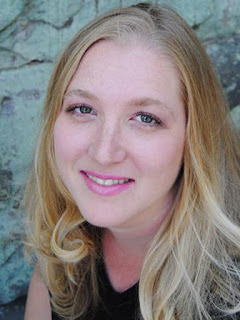 Eliza Knight is an award-winning and USA Today bestselling author of over fifty sizzling historical, time-travel and contemporary romance novels. Under the name E. Knight, she pens rip-your- heart-out historical fiction. While not reading, writing or researching for her latest book, she chases after her three children. In her spare time (if there is such a thing…) she likes daydreaming, wine-tasting, traveling, hiking, staring at the stars, watching movies, shopping and visiting with family and friends. She lives atop a small mountain with her own knight in shining armor, three princesses and two very naughty puppies.

Enter to win a pair of Let Your Heart Be Your Compass earrings or an eBook from Eliza!