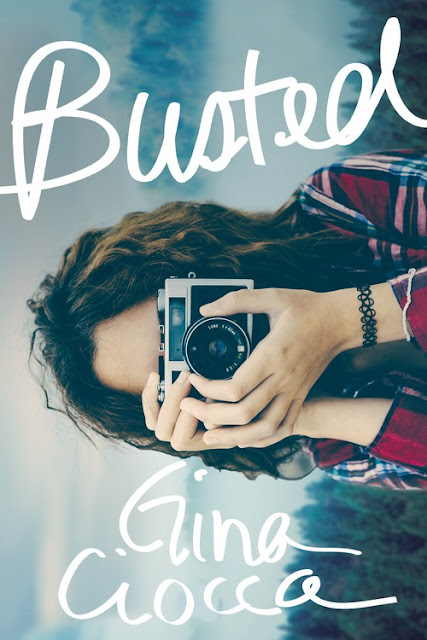 Catching cheaters and liars is a lucrative hobby—until you fall for one of the suspects. Perfect for fans of Veronica Mars, this new novel from the author of Last Year’s Mistake will steal your heart!

Marisa never planned to be a snoop for hire. It wasn’t like she wanted to catch her best friend’s boyfriend making out with another girl. But as her reputation for sniffing out cheaters spreads all over school, Marisa finds herself the reluctant queen of busting two-timing boys.

And her next case? It’s for ex-frenemy Kendall. She’s convinced her boyfriend, TJ, has feelings for someone else and persuades Marissa to start spying on him. But the more Marisa gets to know sincere and artistic TJ, the more she starts to fall for him. Worse yet, the feelings seem to be mutual. Marisa knows she needs to give up her investigation—and the spoken-for guy who may just be the love of her life. Then she uncovers new secrets about Kendall and TJ, secrets that take “cheater” to a whole new level… 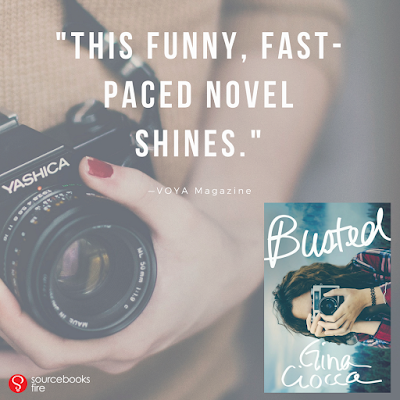 Busted was a fun, quirky, and unique novel! One of my favorite things about this book was how accurate it felt to a typical high school experience. There was a lot of drama involving what people thought of each other, and if that's not true of every high school, then I don't know what is!Marisa, the main character, was a very realistic high school girl. Marisa was a sweet, caring, and spunky character. I admired her dedication to her friends and other girls with trying to find out the truth for them. Her dedication to sleuthing was very cute. There were times when she was a bit naive, but I found that to be crucial to her character development throughout the book. She also really cared about what others thought about her, which guided a lot of her decisions. Thankfully, she did learn that getting the approval of others is not the most important thing in life.There were some slower parts of this book and times where it felt like the book lost direction, but the book was fast-paced overall! The parts of this book that were fast-paced usually involved Marisa sleuthing. I really enjoyed the sleuthing elements of this book! I actually would have liked more of detective Marisa moments in the book, because those were my favorite parts! Another thing I enjoyed about this book was the focus on so many different types of relationships. We got to see friendships, romantic relationship, and familial relationships. It was interesting to see so many types of relationships and different types of drama involved in each relationship. Overall, Busted, was an enjoyable YA contemporary book! If you are looking for a YA book with plenty of high school drama, mystery, and romance, then I definitely would recommend checking this book out!

Marisa’s Top 5 Tips For Sleuthing:
Hey there. Marisa Palmera, Private Eye here. Okay, so I don’t actually call myself that, and neither does anyone else. In fact, I never meant to become a sleuth-for-hire. But spend one night scaling your best-friend’s boyfriend’s house to take incriminating pictures, and suddenly everyone wants you to be something you’re not…and when they’re willing to line your sadly lacking pockets for it, it doesn’t sound like such a bad idea.
So, should you find yourself an unwitting Girl Friday (or even a witting one... Is “witting” a thing?) like I did, here are some tips that just may save your butt:
1.     Always have a camera handy. Whether it’s your cell phone, or the fancy camera you borrowed from your school’s yearbook club, you never know when you’ll need to snap an evidence shot. Just, um, make sure you turn off the flash if said camera is aimed through a window into a dark living room. I may have learned this the hard way.
2.     Keep your friends close, but your enemies closer. Sounds ominous and dramatic, I know. But if someone gives you the vibe that they shouldn’t be let out of your sight? GO WITH IT.
3.     Think fast. Suck at lying? Me too. Get over it, because you’ll be fudging the truth a lot.
4.     But know when to say no. Weave enough white lies, and suddenly they’re a sticky, tangled web with you trapped inside. Know when it’s time to run, and do it like the flames of hell are licking your feet.
5.     Don’t fall for the person you’re investigating. Yeah. You’re just gonna have to do as I say and not as I do on this one. Oops.

My eyes darted from TJ’s dark, furrowed eyebrows to the logo on the left breast of his shirt and I sat up straighter.
“Um, where’d you get the Maple Acres shirt?”
His expression didn’t change. “Maple Acres.”
I fought the urge to roll my eyes. “Right. I meant, do you work there?”
“Yup.” He sat back in his chair and pulled at the logo, stretching the white cotton away from his chest before turning his attention back to the computer screen. “Long time now.”
As soon as he said it, my memory was triggered. I’d always thought he looked familiar but could never quite place where I’d seen him. As I thought back to every trip I’d taken to Maple Acres, twice a year since I was two years old, the image of a boy with dark curls stuffed beneath a knit cap and a heavy flannel coat that made him look like Paul Bunyan clicked into place. The farm stretched over two hundred and fifty acres, selling pumpkins and cider and offering hayrides and a corn maze in a fall, then Christmas trees that you cut down yourself in the winter. The place had a storybook quality to it that I loved, and I couldn’t believe it had taken me so long to figure out TJ was a part of it.
“We go there for our tree every year. I think I’ve seen you.”
TJ kept his eyes on the screen. “Probably. I’m usually bundling the trees or in the checkout area. Sometimes I drive the tractor for the hayrides.” He glanced over long enough to shoot me a half smile. “Maybe you’ve seen the back of my head.”
That would’ve been an occasion I definitely hadn’t noticed him. The one and only time I’d taken a hayride had been the lone trip I’d made without Charlie or my dad, both of whom are allergic to hay. I’d gone with Jordan. Superman himself could’ve been driving the tractor and I would’ve been too busy drooling over Jordan in his plaid button-down with the sleeves rolled up around his gorgeous forearms to notice.
Vom, vom, vom. I pushed the chunks down and forged ahead. “So, that thing you didn’t want to do the last time we talked, is that… still an issue?”
“Uh, no. That fell through, so my article should be good to go on Monday.”
He’s not making this easy for me, that’s for sure.
“Take your time, really. I hope you didn’t cancel your plans because of me.”
He glanced over and gave me a wry smile. “No.”
“So, um, the tree farm. I go all the time.” I mentally slapped myself. Twice a year is all the time? “Do you live nearby?”
“You know the green colonial across the street behind the barn?”
“Uh huh.”
He smiled again. “That’s my house.”
“Wait, I thought the owners lived there.”
“They do. We have for my whole life.”
“Your family owns Maple Acres?” I blinked a few times, dumbfounded by my own dumbness.
“Well, co-owns. Have you seen the guy with the white hair who sneaks free gourds to all the little kids at Halloween? That’s my Uncle Roger. He’s there all the time, but my dad does more of the financial stuff.”
My face lit up. “That’s awesome! I love that place! I took a picture of the white barn from the top of the hill once and tried to sketch it. All the trees had snow on them, the sky was this amazing gray color and the pond was reflecting it” – I remembered mid-babble that I’d veered off course and reigned myself back in – “anyway, let’s just say it was magical, but drawing isn’t my strong suit. So, um, if you didn’t move, then why did you switch schools?”
TJ’s eyes slid back to the computer screen and his shoulder tensed ever so slightly, as if I’d brought up something he didn’t really want to talk about. Now I was getting somewhere.
“Our property is right at the intersection of three town lines. Technically, I could’ve gone to any one of the high schools.” He stabbed a few keys with his pointer finger, eliciting three clipped clicks. Maybe my eyes were playing tricks on me, but I swore his jaw tightened. “I left Templeton because it was time for a change of scenery.”
“It must’ve been hard, though, transferring for your senior year.” And pretty odd, in my opinion. “I’m sure you had a lot of ties there.”
TJ’s fingers paused in mid-air over the keyboard and he looked at me. “Not that many.”
This time when he turned his attention back to the screen, I knew our conversation had ended. He ran a hand through his hair in a gesture that had a definite undertone of irritation. Whether it related to my question or some memory pertaining to the school, I couldn’t tell. But when I caught sight of the leather bracelet on his wrist, my desire to exclaim OMG THAT’S GORGEOUS WHERE DID YOU GET IT almost overruled my desire to ask what the hell his comment was supposed to mean. I’d been baiting him to say, “Yeah, my girlfriend goes there.” He hadn’t. What did that mean?
Maybe nothing.


But damn it all to hell, I suddenly had to know for sure. 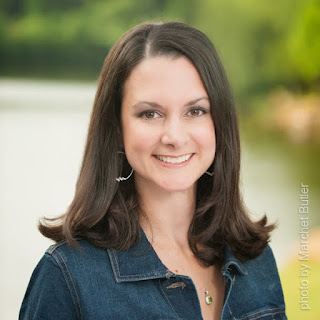 Gina Ciocca graduated from the University of Connecticut with a degree in English, but in her mind, she never left high school. She relocated from Connecticut to Georgia, where she lives with her husband and son. When she's not reading or writing, you can find her taking long walks around the lake in her neighborhood. Gina can also be found online at writersblog-gina.blogspot.com, on Instagram as gmciocca, and Twitter as gmc511.