City Under Siege by R.J. Prescott

We are thrilled to be sharing the cover for the upcoming CITY UNDER SIEGE by USA Today bestselling author R.J. Prescott. This brand new romance standalone will be released on February 19!

London is a city in flames. Tensions are high and a critical situation is about to go from bad to worse. The Prime Minister wants to send a message, and the SAS will be the ones to deliver it. Emotional detachment is my specialty. I’m ruthless and cut throat, but there is nobody better. Sarah Tatem is an innocent. Caught up in a world in which she doesn’t belong, and trying desperately to do the right thing. My job is to keep her safe long enough to get what’s needed, and bring an end to this siege of terror. But something has changed. I’ve learned that the only thing stronger than loyalty is love, and now she’s gone. My name is Lieutenant Tom Harper, and I’m about to unleash hell.

Add CITY UNDER SIEGE to your Goodreads shelf here! 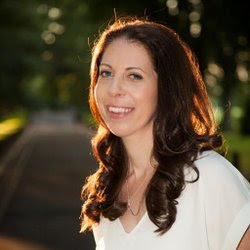 USA Today bestselling author R.J. Prescott was born in Cardiff, South Wales, and studied law at the University of Bristol, England. Four weeks before graduation she fell in love, and stayed. Ten years later, she convinced her crazy, wonderful firefighter husband to move back to Cardiff where they now live with their two equally crazy sons. Her debut novel The Hurricane was an international bestseller and finalist in the Goodreads Awards in the category of debut author.