Between The Blade And The Heart
by Amanda Hocking 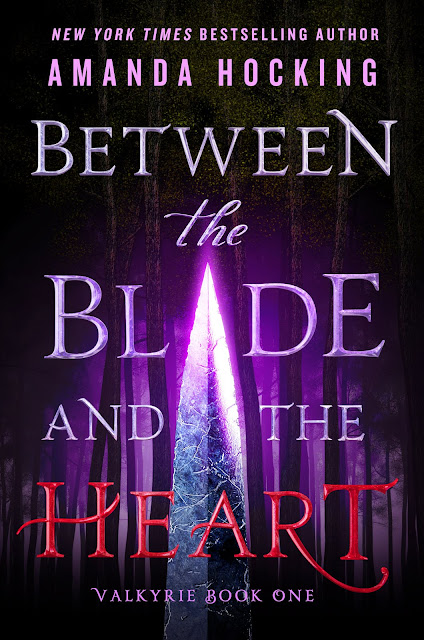 As one of Odin's Valkyries, Malin's greatest responsibility is to slay immortals and return them to the underworld. But when she unearths a secret that could unravel the balance of all she knows, Malin along with her best friend and her ex-girlfriend must decide where their loyalties lie. And if helping the blue-eyed boy Asher enact his revenge is worth the risk—to the world and her heart.

I am a sucker for books about badass females, so I jumped on the opportunity to read a book about the Valkyrie warriors from Norse mythology! I was so happy that this book DELIVERED on the mythology and the powerful women! The Norse mythology in the novel was so interesting! It was obvious the author did a lot of research into the mythology, especially in regards to the female warriors called the Valkyrie. I know of the Valkyrie from some characters in other books and movies, but I felt like I didn't really KNOW much about the Valkyrie. This story really delved into the world of the Valkyrie women, and I loved every moment of it. Some of the other plotlines in this book were a bit weaker and slower in comparison to the Norse mythology. I would have like to have a stronger focus on just the mythology and world building in this book. Malin was the main character, and I will admit that she was a bit hard to warm up to at first. She felt brash, unfiltered, and unapologetic. Those strong personality traits were a lot to handle all at once when first being introduced to the character. However, I learned to really enjoy and admire her strong personality. Malin was a girl who could not be pushed around or told what to do. I liked that she was a girl who wasn't afraid to speak up and be just as dominant as any male character. #FemalePower. Malin also did have some growth throughout the story, and I liked how she became more mature and understanding as the story progressed. Malin was a bi-sexual character, which I ADORED. I love seeing different sexualities represented in YA novels, so I was over the moon excited that the main character was bi-sexual. There was some romance in this novel and it involved a bit of a love triangle. I notoriously hate love triangles, so it was a bit disappointing to see it presented at first. However, it didn't bother me as much as I thought it would! Overall, Between the Blade and the Heart was a fascinating and high stakes novel! If you are intrigued by the concept of Norse female warriors, then I would definitely check this book out!

Copyright © 2018 by Amanda Hocking in Between the Blade and the Heart and reprinted by permission of St. Martin’s Griffin. 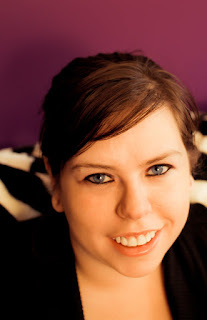 Amanda Hocking is the author of over twenty young adult novels, including the New York Times bestselling Trylle Trilogy and Kanin Chronicles. Her love of pop culture and all things paranormal influence her writing. She spends her time in Minnesota, taking care of her menagerie of pets and working on her next book.