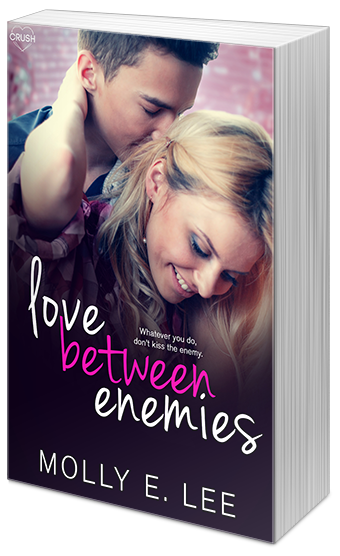 Zoey Handler is ready to put an end to her decade-long rivalry with Gordon Meyers. They’ve traded top spot between valedictorian and salutatorian for years, but all that’s over now. Right? But after a crazy graduation speech prank gets out of hand, suddenly their rivalry turns into all-out war. Time to make peace with a little friendly payback.

Step two? Show him the time of his life at an epic graduation party.

Step four? Absolutely, positively, do not kiss him again.

Disclaimer: This Entangled Teen Crush book contains one epic party, complete with every high-schoolers-gone-bad shenanigan, and two rivals who discover maybe they could be something much more…if only they’d stop fighting long enough to notice it. 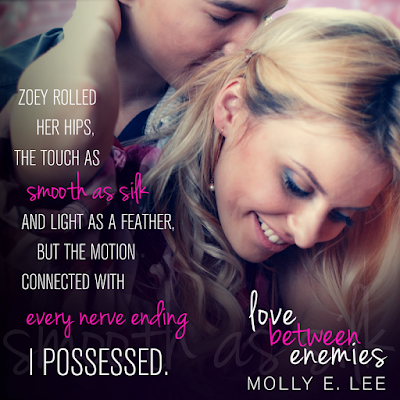 “Help me out here,” Gordon whispered, his cheek brushing against mine as he spoke in my ear. “I’m blanking.”
The breath stalled in my lungs with how close he was, and how his soft words sent warm chills across my skin. The notion that he thought I was someone he could ask advice from both thrilled me and made my nerves twist. Or that could be because I could smell him again, which seemed to have a direct line to my crazy-button. Because only an insane girl would be wishing her enemy would keep whispering in her ear like that—he could recite the alphabet for all I cared, as long as he kept talking.
“Um,” I said, stumbling over my own words. New experience. Not exactly fun. My eyes darted over the faces in the room—completely oblivious to the battle raging inside me, the one that screamed to give in to what I was feeling for Gordon, and the other side reminding me how he’d slayed me this morning. I finally spotted the quarter on the table and remembered how to use my brain. “Any time someone says quarter, they have to drink.”
Gordon smiled and I felt it in my bones. “Thanks,” he said. “What she said.” He spoke a little louder as he sat up straight again, and I instantly craved the warmth of his nearness.
I’m in so much trouble.
I focused solely on the game and on the plan, but my body…my heart…wanted what I couldn’t have. 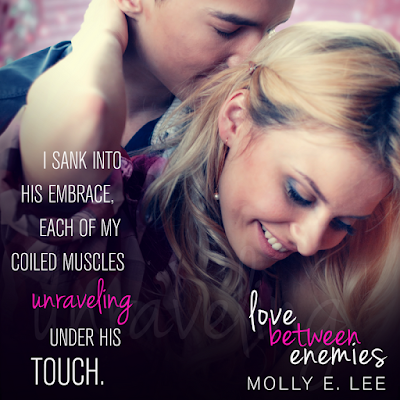 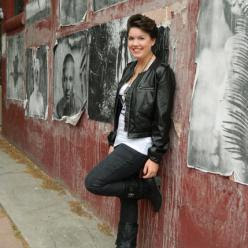 Molly E. Lee is an author best known for her romance novels, the Grad Night series and the Love on the Edge series. Molly writes Adult and Young Adult contemporary featuring strong female heroines who are unafraid to challenge their male counterparts, yet still vulnerable enough to have love sneak up on them. In addition to being a military spouse and mother of two + one stubborn English Bulldog, Molly loves watching storms from her back porch at her Midwest home, and digging for treasures in antique stores.