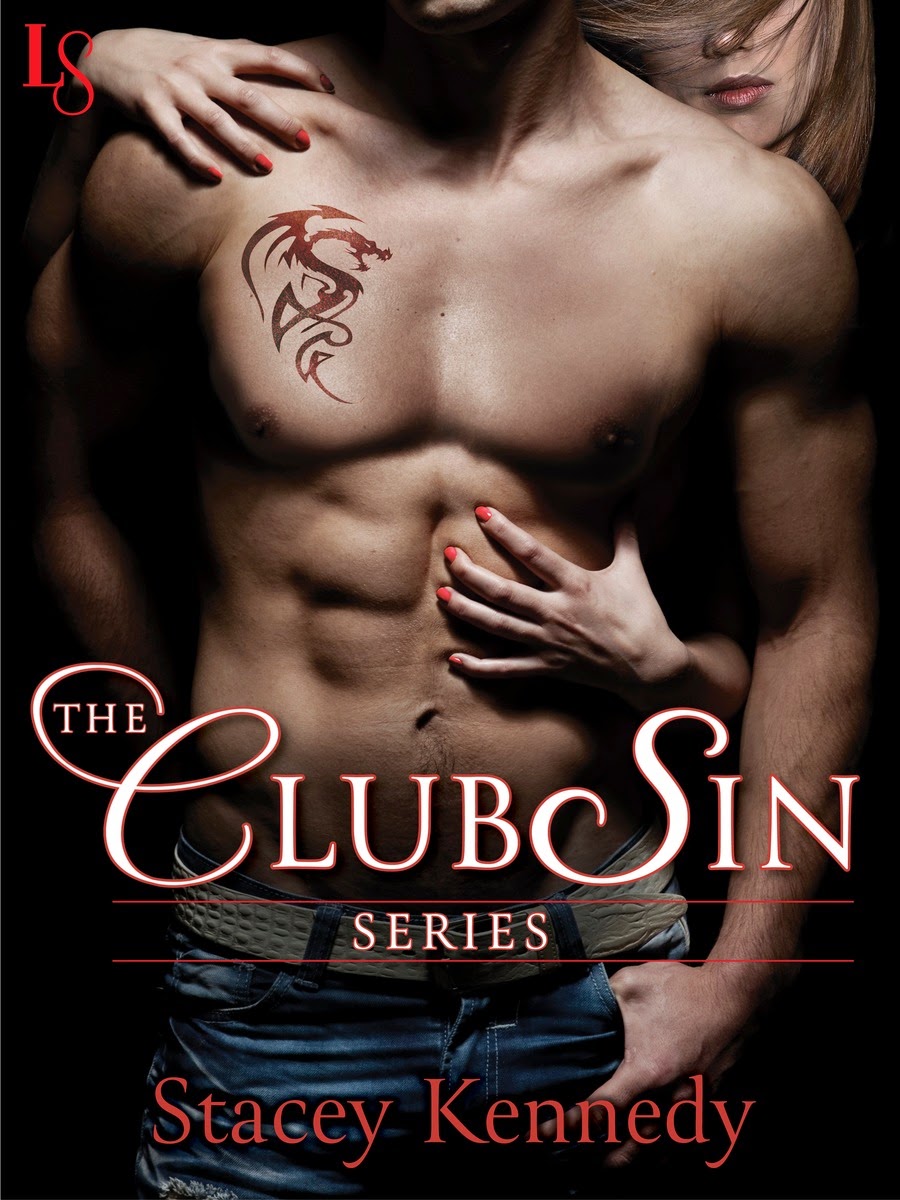 Dmitri Pratt, a Master who unleashes his lover’s wildest inhibitions with each careful, calculated caress; Aidan Knight, whose dominant façade conceals a devastating loss, something he instantly recognizes in his personally trained sub; Kyler Morgan, lusting after new blood as a Dom who hasn’t had a real challenge in a long time.

Presley Flynn, who’s ripe to experience her secret fantasies and determined to surrender to her every desire; Ella Snow, beautiful, inhibited, and innocent in the ways of submission and domination; Mary Schmidt, who cannot bear to embrace her needs with another Dom—until a man who exudes temptation reawakens passions she can no longer deny.

Stacey Kennedy is the USA Today bestselling author of the Club Sin series. Growing up, Stacey’s mind wandered the path less traveled, and that path most often led to love. She has always broken rules, and she continues to feed off emotion—always staying true to her heart. Those traits are now the bones of her stories. She lives in southwestern Ontario with her husband, who puts any of the heroes in her books to shame, and their two young children. If she’s not on Mom duty or plugging away at a new story, you’ll find Stacey camping in the summer, hibernating in the winter, and obsessing over Penny Dreadful, Game of Thrones, and Outlander.